Over on the forums at Roadfood.com, one of our readers, Keith, started one of the most entertaining threads that this fun site has ever had. He noted that food writers and hobbyists had not really covered the restaurants in eastern Georgia very well and decided to do something about that with a fabulous ongoing collection of them there. The thread is called Augusta, Georgia just ain’t no place to be… and you really should check it out. He’s found some great places, both newer and, in some cases, very old. Hildebrandt’s is probably the oldest of them. It opened 136 years ago and is still in family hands.

We are rarely in Augusta. We’re more likely to pass through it in the early morning on our way to Columbia than we are to stop for lunch. Not that we’re in Columbia all that much, although that could be changing. The girlchild had expressed an interest – or possibly a willingness – to take a campus tour at the University of South Carolina, and since Hildebrandt’s opens at the very nice hour of 10, we could enjoy a late breakfast here and an early lunch down the road.

Hildebrandt’s is in a lovely old building. It’s literally around the corner from Luigi’s, an old favorite of Marie’s father, which she and I visited three years ago. Luanne Hildebrandt’s grandfather’s uncle opened the business as a grocery and dry goods shop in 1879. He had no children of his own, so he sent for his nephew, then a farmer in Germany, to work the store with him. Over the years, the grocery business has got smaller and smaller as the place has become a deli with a loyal lunchtime crowd, but there are still a few canned foods and things, along with some shelves of decorative antiques, to remind guests of the past. 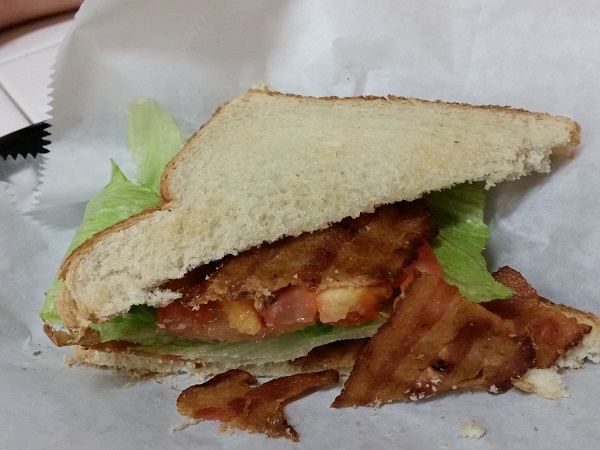 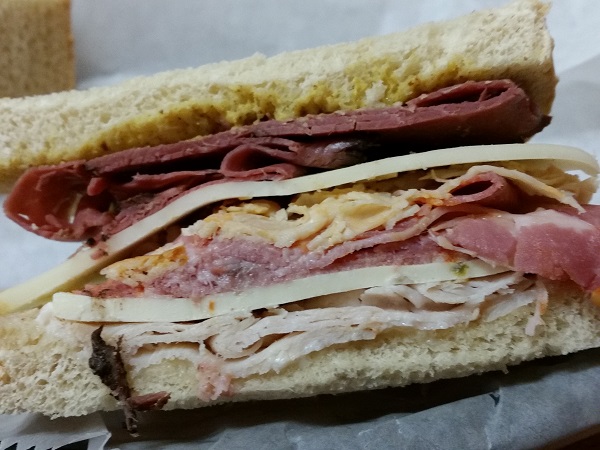 We met Keith at 10 am. He brought us a little “welcome to eastern Georgia” gift: a box of very good doughnuts and cinnamon rolls from Dutch House Bakery in nearby Wrens GA. We ordered our sandwiches, browsed, and talked about lovely old restaurants while Luanne and her crew prepared our orders. The girlchild had a BLT, and I followed Keith’s example and asked for a Hot Louis. The Louis line of sandwiches are named for Luanne’s father and guests can either customize their own with up to four meats and two cheeses, or just ask for one of the three that they’ve already designed. They’re listed on the dry erase board below. 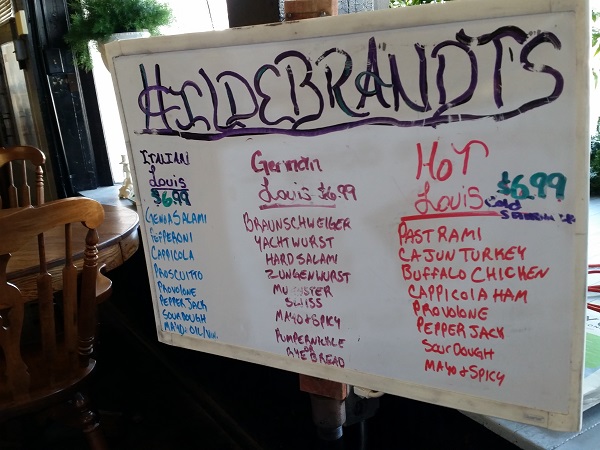 When I showed Marie the pictures from our trip, she shook her head in disbelief that I did not order the German Louis. Upon reflection, I have to agree with her. The Hot Louis was a very tasty mix of meats, but wowza, look at all the wonderful ingredients on the German. I suppose that we’ll have to go back to Hildebrandt’s again one day and try one of those, too.

Along with my sandwich, I enjoyed a side of German potato salad and a bottle of spicy Blenheim ginger ale. Despite ostensibly cutting potato salad out of my diet six years ago, I am totally willing to waver when it is something unusual, and this, served warm with a vinegar tang and delightful texture punctuated by crumbled bacon, certainly qualifies. I don’t understand why anybody would order a bag of chips as their side when this wonderful creation is available. 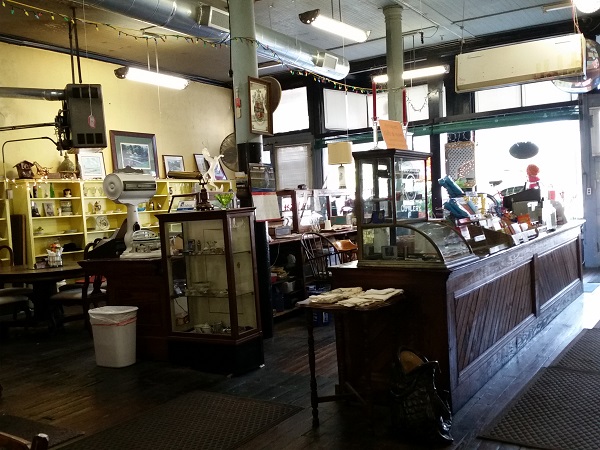 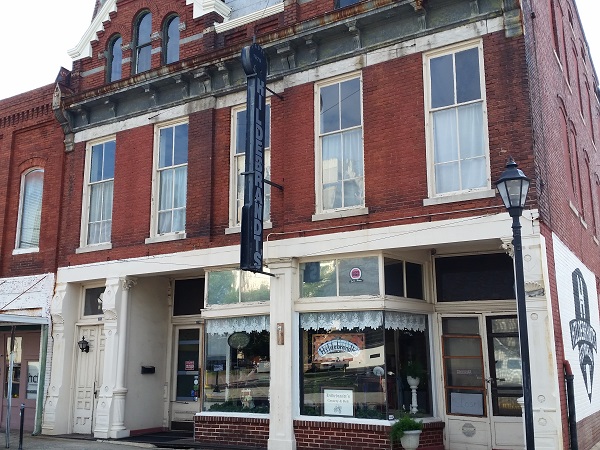 The other really great thing about coming to Hildebrandt’s is the wonderful sense of family and community in the restaurant. Luanne has decorated with dozens of old family photographs and pictures of the lovely old downtown buildings on the walls, so you get a strong sense of both her history and that of Richmond County. Around noon, the place gets filled with workers from the nearby offices sharing the tables. It’s a very good stop, and I’m very glad that Keith started that thread to introduce us to it.

Readers! We’re taking a week off from the blog, but don’t despair. We’ll be back next Wednesday with more from this road trip. We wouldn’t want to keep you in suspense how the girlchild’s college visit went for too long. Follow us on Twitter ( @MarieLetsEat ) so you won’t miss what we’re doing and where we are eating while we’re making you wait!

One thought on “Hildebrandt’s, Augusta GA”