In much the same way that there’s a small confusion between the Whataburger chain that is based in Texas and the What-a-Burger chain that is based in North Carolina, there’s also a distinction between an old, defunct chain of fast food restaurants called Scotty’s, which had a girl in traditional Highland costume as a mascot, and Scottie’s, which was a much smaller chain of diners with perhaps a dozen locations in Kentucky and Tennessee. The chain came to our attention via the forums of roadfood.com, as so many places do, and our interest was piqued by a visit that writer RL Reeves paid to the long-since independent location in Powell last year. Our server told us that Scottie’s opened in 1962, and has been independent since the current owner’s family purchased it in 1978.

The girlchild has family in Powell, and I wanted to visit Knoxville again, and now I knew about a restaurant just down the street from where we’d need to be to give her a few hours with her cousins. Of course we would stop for some 80 cent cheeseburgers. Earlier in the day, we might have ordered biscuits. The breakfast here is said to be fantastic. 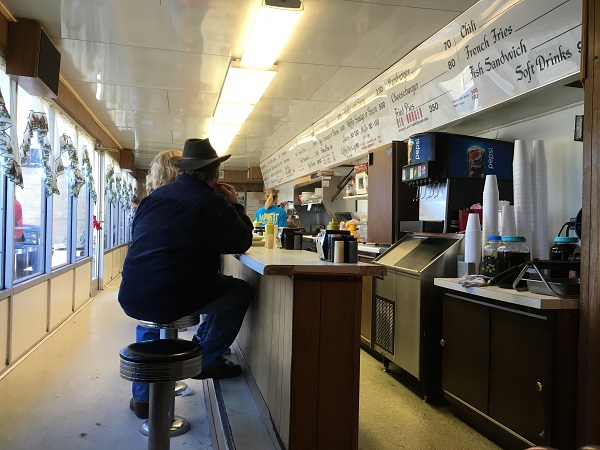 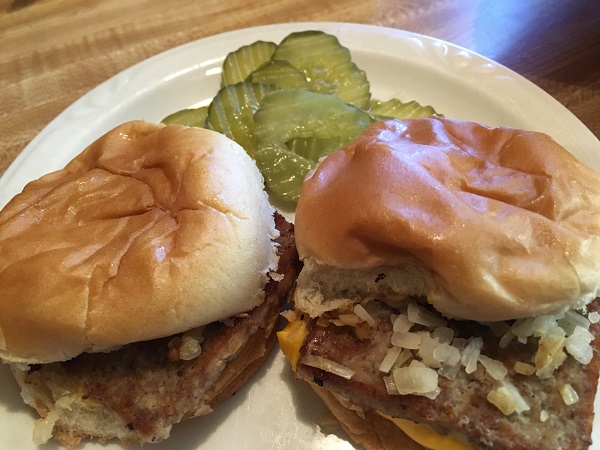 The cheeseburgers became especially important earlier in the morning, when we had stopped at Carl’s in Loudon. I’d ordered one of their small cheeseburgers for our son, not thinking that, when the nice lady on the other end of the drive-in’s call box clarified “Those are like Krystal burgers, is that okay?” that they would come with onions and pickles. I’m used to this, of course. Once upon a time, hamburgers were typically dressed with onions and mustard, occasionally with pickles, with “deluxe” or “glorified” burgers dressed with lettuce, tomato, and mayonnaise. I have often wondered where and when that distinction was made, but eventually some bright spark realized that you could just, you know, let the customers have their pick of what they wanted on their burger, and fortunes were made. Older restaurants just kept doing it the way they’d always done it. Anyway, the point is that my daughter had to scrape the offending onions and pickles off my son’s burger, and he grouched and griped about what those awful people in Loudon did to him, and I promised that I’d make it up to him at the next stop.

So while I had two cheeseburgers with mustard, onions and pickles as nature intended, he had a plain burger with ketchup and all was right in the world. Then he realized that our very kind server had made a smiley-face with the ketchup and she left off the nose and all hell broke loose. Marie gave his dang fool ketchup face a single dot for a nose and I gave our server a larger-than-20% tip. 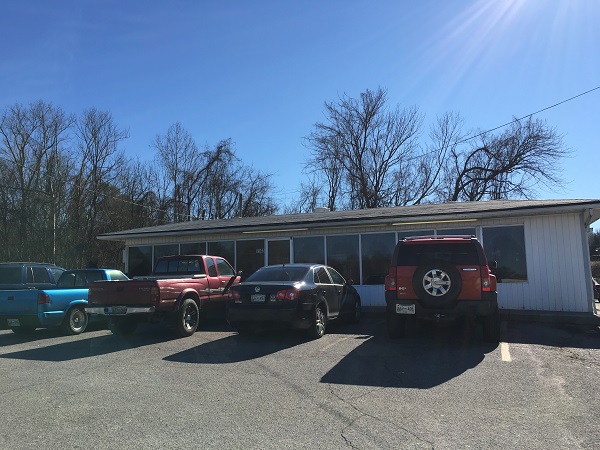 The burgers here are indeed pretty good, but the chili was the real standout. I felt so bad about this. On any day where we’re going to visit five restaurants, I’m going to eat a little light at them. I thought two sliders and a small cup of chili would be more than enough. They brought out this bucket of chili about like what I would do with a box of Lucky Charms when I was eight and planned to spend all Saturday morning watching cartoons and not moving. I don’t know what these good people are thinking. Back when they had that Miller Lite chili cookoff at Stone Mountain, I didn’t eat that much chili from three hundred contestants. I mean, for three bucks, that bowl of chili is a steal, and it is good, but seriously, should you follow the road to Scottie’s, tell your server this: “I’d like some chili. Charge me the full amount, but only give me about a third of the usual portion.”

Marie, who was passing on a meal here in favor of an indulgence at the next stop, had a whole spoonful of it. She agreed it was good, but wouldn’t help more than that. I apologized for not finishing the chili, and was assured that many don’t.