As we continued turning down PR invitations for hot new launches and thumbing our noses at Atlanta’s coolest and hippest and newest places in favor of looking into the past at much older restaurants, our travels took us to McKinnon’s Louisiane, which opened in the mid-1970s, when Buckhead was not quite as rich and trendy as it is today. The restaurant, a dry cleaner, and a music store occupy a distinctly downmarket little strip mall that’s visible from Peachtree. I think that every developer in the southeast is drooling over this prime bit of real estate. 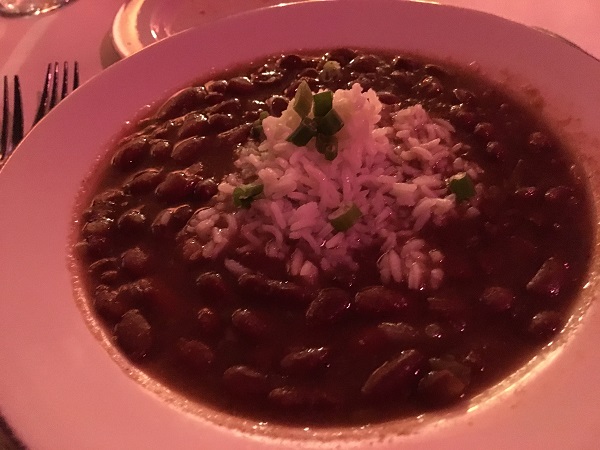 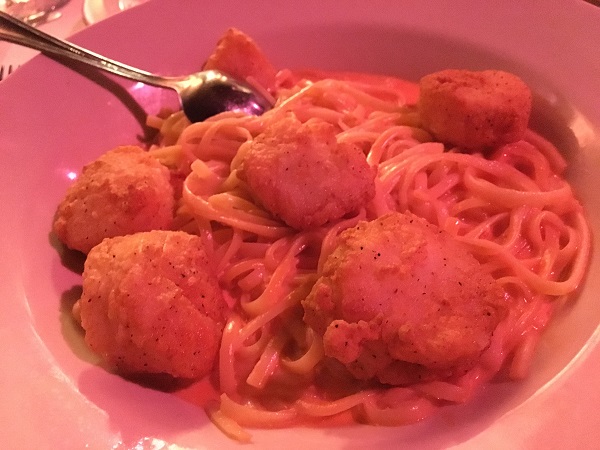 We shy away from being negative in this blog, but some experiences just leave us baffled. We met our friend Marilyn from Atlanta etc here and, underneath lighting so low and pink as to disguise the diners at your table and shroud everyone else in the building in blackness, we were served the most forgettable, bland food that I think any of us have ever eaten. In this sense, it really was a throwback.

In Calvin Trillin’s classic Tummy Trilogy, he rages against the sort of middle-of-the-road, expense account restaurants that you take a client or the board chair, and which tastes the same in every city in America, in favor of the regional food with character that we love. These days, thanks to the massive success of national chains, it’s the exact same restaurants in every city, the Applebee’s and the Friday’s and the Olive Garden. Forty years ago, it was probably places like McKinnon’s. Everything here is carefully crafted to neither shock nor offend; the aging hearts of the cadaverous staff and diners would not take the strain.

Nothing tastes fresh and nothing tastes like Louisiana here; it all tastes like it was poured from a can with that state’s name on the label. If you would prefer eating at this place to actually driving to Louisiana and getting a half-pound of boudin from a gas station, there may be no hope for you. 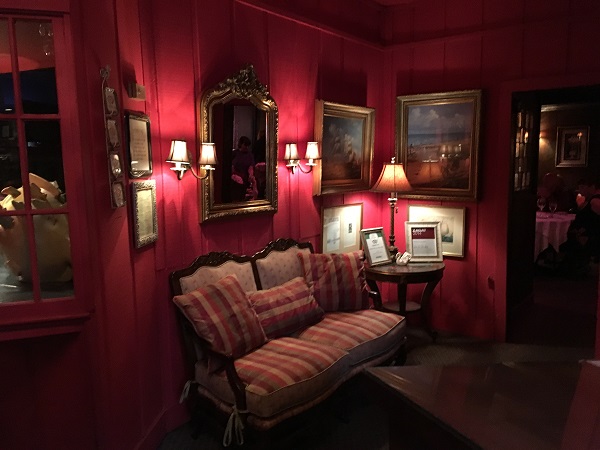 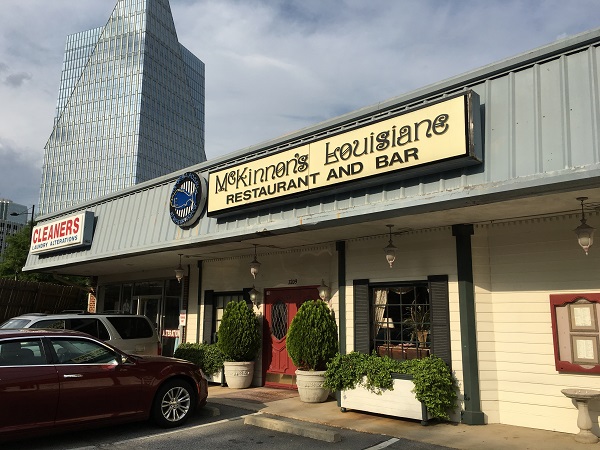 We also invited our friends Helen and Vincent to join us, but they had plans already. “I think you’ll get a kick out of the decor,” Helen warned me. “Think mid-century funeral home.” I was not just being cute when I used the word cadaverous above.