Boy, howdy, is it ever a good thing we don’t live very close to this place. We don’t have an awful lot of money at the best of times and have a baby on the way. This place could very, very easily blow one heck of a hole in a fellow’s wallet. Hoo, boy.

So a couple of Sundays ago, Marie and I celebrated her birthday with an afternoon together. We had lunch at Sam’s and then drove north through Roswell and Crabapple and up Georgia-372, which is called Birmingham Highway for some reason. This is a very pretty drive, past million dollar homes and gorgeous trees and into Cherokee County. Eventually, this put us sort of east of Ball Ground, near a retirement community called Big Canoe, and that sent us into the southwest corner of Forsyth County and our destination, Poole’s Mill Bridge Park.

Marie and I both love covered bridges and waterfalls, and this has both. Well, it’s more of a cascade than a waterfall, I suppose. The bridge is no longer open to vehicles, but visitors can walk through it, and play in the shallow river as it hits the rapids. It’s a quiet and secluded spot, but popular enough to bring several couples, dog walkers and families. We stayed for quite some time, and left as a birthday party was arriving in the covered pavilion.

Around 2:30, we continued east, crossed Georgia-400 and wound our way behind an enormous, upscale development off exit 13. I’d been here three or four times when I worked in Alpharetta and we celebrated co-worker’s birthdays at either Ted’s Montana Grill or Red Robin. There’s a movie theatre and a Barnes & Noble here and, a few doors down from a Stride Rite shoe store, a place that sells some of the most decadent chocolates in the city. 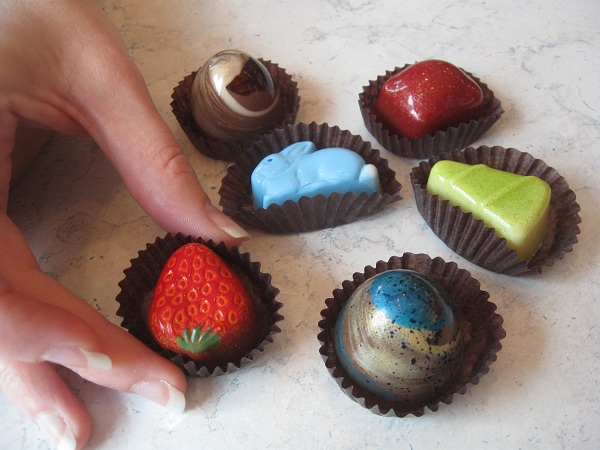 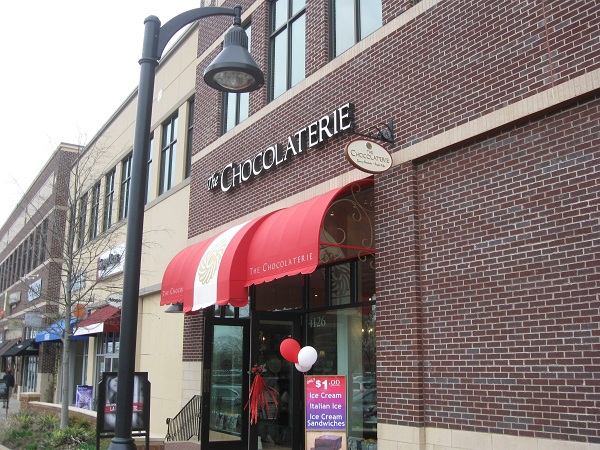 The Chocolaterie’s specialty is truffles, and they don’t scrimp on these. Priced at between $1.75 and $2.50 apiece, guests are not going to gorge themselves here, but they are going to get incredibly high quality with every bite. We selected a half dozen from the forty or fifty available – one for me and five for Marie – and I’ve never tasted anything like them. I made my key lime truffle last for several very small nibbles, not willing for the experience to end. And I don’t have that much of a sweet tooth. I thought Marie was going to black out and fall over.

The shop is filled with other imported treats and snacks, and they also do fudge and other drool-worthy things. For guests looking for something a little cooler, there are little single-servings of Edy’s, Ben & Jerry’s and Itti-Bitz, priced right at just a dollar or a buck-fifty each.

Perhaps the most exciting thing in their case was one that I decided to save for later. They do a small number of really spicy truffles, too. I am incredibly curious about the ghost pepper one. It’s decorated to look like a little white-sheeted kiddie haunted house ghost. Or maybe I’ll work my way up the spicy truffles until I get to that one. Marie will definitely want to return more than once; I expect I’ll have many chances.

Other blog posts about the Chocolaterie: