So I finally took the plunge! Bocado is one of Atlanta’s best-known newer restaurants, and if I’m not mistaken, every blogger in the region has already visited the place. It’s been on my to-do list for ages, but other things and other meals kept coming up. They have a really convenient location on Howell Mill right where it meets Marietta Street, and I’ve been known, occasionally, to drive right past it in the early evenings, when Williams Street is really blocked up and I need an alternate way over to the interstate. I’ve just never had the opportunity to stop in before.

Two Fridays ago, I knew that I would have a convenient time to make it over here for an early lunch, and finally planned to try one of their said-to-be-amazing sandwiches. Now, the burger has been getting rave reviews, but I was most taken by the writeup that one of the town’s newer restaurant bloggers, Atlanta Food Snob, gave to a sandwich with pimento cheese, poblano peppers and bacon with fried green tomatoes. That sounded like four perfect ingredients for a spectacular sandwich. The burger was simply going to have to wait until another time.

Then I got sick. Oh, I’d been sick all week, so that’s not accurate.

No, what happened that Thursday night was that I passed over from “allergic reaction to pollen plus moderate sinus drainage” to “report to the cyber-technician to have throat removed and replaced with plastic pipe to put an end to the agony that is breathing.” It’s times like this that the well-meaning science fiction authors who warn of an emotionless future when humanity has replaced all their broken fleshy bits with machine parts look even more like the tweed-jacketed dweebs who wrote for Omni because mumsy and dadsy never let them try out for sports. With every inhalation, another ounce of bile, phlegm and gack, and with every exhalation, a sensation not unlike coughing up a set of rusty steak knives. Suddenly, the prospect of ingesting pimento cheese seemed incredibly unappetizing. That much dairy could wait a week. I wanted a doctor, I wanted enough antibiotics to make a dead elephant stand to attention, and I wanted barbecue. Bocado would wait.

So could the antibiotics. There was nothing wrong with me beyond sinus drainage and irritation and a long-diagnosed habit of making minor illnesses and issues seem like devastation and catastrophe, but having returned to the ‘burbs, I looked around for something closer to my area (Briar Patch), and came back to Bocado a week later. 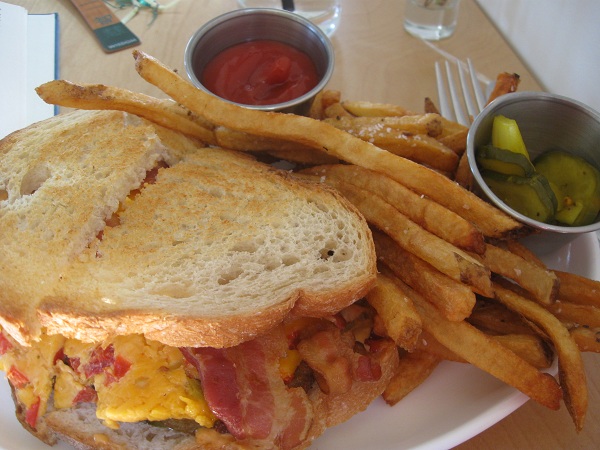 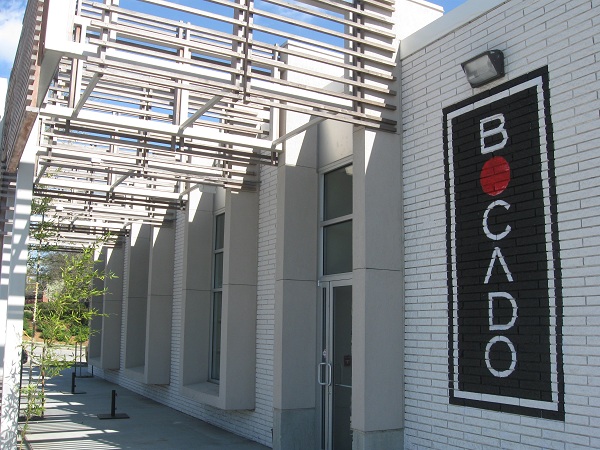 I have to tell you, friends, this sandwich was worth the wait, but you have all waited long enough and need to go get yourself one.

I arrived very early, found one of the few parking places available at the restaurant – if you’re the fourth car there, I realized later, you’re meant to park in a lot across the street – and read a little of my book before it turned eleven. The sandwich completely met my expectations. It was utterly delicious, the tomatoes were terrific, the pimento cheese as good as it gets, and not even remotely as gooey as I had feared, the fries and the pickles were very good, and I hope to go back soon and try one of those burgers.

Honestly, there’s nothing more that I have to say about it. I should have visited sooner and I want to go back after I’ve cleared a pile of restaurants off my Atlanta to-do list. Simple as that, really. But I was right to wait the way that I did; I was in a much better mood and certainly enjoyed the hard work that Bocado puts into their food and presentation. I’ve eaten at some of Atlanta’s more recently popular places and found them overhyped and undercooked, but Bocado really does a terrific job.

Other blog posts about Bocado:

One thought on “Bocado, Atlanta GA”