Over the last eight chapters in the blog, I have written about the four-day trip that we took to visit Marie’s brother and sister in Mississippi. These were posted here slightly out of sequence, as I was anxious to share some stories about places outside our regular stomping grounds around Atlanta. Not that anybody other than me is keeping track of these, but the next four entries (plus the next Honeymoon Flashback, later this week) are about some places that we visited before this road trip.

First up is a place that we visit with something approaching frequency, the Kennesaw location of The Varsity. I’m sure this is not a place that needs much introduction. It is as iconic as American restaurants get, and the downtown location, which I’m sure I’ll revisit and write about one day, is a major tourist attraction for the city.

The Varsity has done more things right than wrong over the years – moving their beloved Varsity Jr. location from Cheshire Bridge out to Dawsonville, because serving a long-established neighborhood is not as profitable as snagging outlet mall shoppers, must surely count as a “wrong” – and one of their neater ideas has been building satellite locations along each of the northern arteries that feed into the city. Whether you’ve followed the sprawl into the suburbs up Interstate 75 or 85 or GA-400, there’s a Varsity for you, and each of these stores do a darn good job capturing the feel of the original. 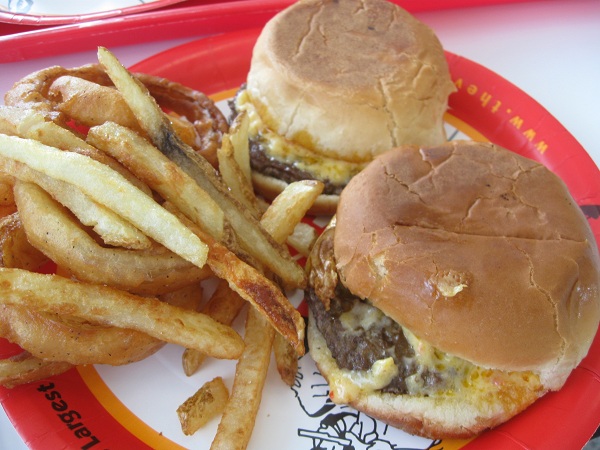 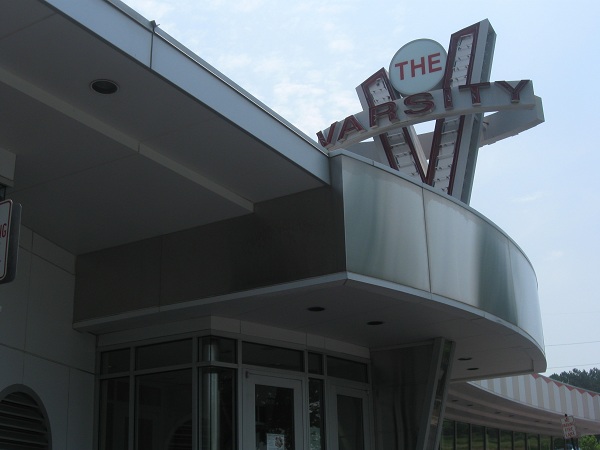 Usually, if we are in the mood for a burger, and don’t feel like making a production or a caravan or a road trip out of it, we just hop over to Cheeseburger Bobby’s, which makes one of the best burgers in Cobb County. The Varsity, let’s be fair and honest, is a fairly weak competitor in those stakes, but their fries are better than Bobby’s, and so are their onion rings, and so is their chocolate milk – you just won’t believe how well chocolate milk over ice goes with a burger until you try it – and they also add one thing that I sure do wish that Cheeseburger Bobby’s would consider for their own patties: pimento cheese.

I mentioned a few chapters back that I greatly admire the writing of John T. Edge. About a week before our trip, I read his delightful Hamburgers and Fries, one of a short series of books, very Calvin Trillin in feel and flavor, in which Edge flies around the country trying regional takes on the most classically American of foods. He has slug burgers in Mississippi and steamed burgers in Connecticut and, most drool-worthy of them all, pimento cheeseburgers in South Carolina.

I know virtually nothing about South Carolina. It’s always been a state that I have driven through; I have never stayed overnight in the state. I recognize this as a deficiency that needs correcting, and longer visits and more detailed investigations of South Carolina are on the long-term agenda. From what I understand, though – and, admittedly, a good chunk of what I understand is what I have read in Edge’s books – many of the older hamburger joints throughout the Palmetto State have long offered pimento cheeseburgers. It is apparently one of that region’s specialties.

I’m reminded of the similarity between the Varsity’s hot dogs and chili and the ones that you can get at Macon’s Nu-Way. When the Varsity’s founder, Frank Gordy, was first driving around the south nailing down ideas for what he wanted his restaurant, then called The Yellow Jacket, to serve, it’s suggested that he decided to replicate the Nu-Way experience. That was somewhat lost when the Varsity expanded and grew to its current enormous size, but you can still absolutely see Nu-Way’s influence. I wonder whether in 1928, pimento cheeseburgers were common in Atlanta, or did Gordy find a place or two in South Carolina that inspired him to do them here?

Every so often, I find myself craving pimento cheese on a burger, served all hot, gooey and greasy. Marie doesn’t often remind me that she’s a damn Yankee, but when she quickly corrects my order of pimento cheeseburgers and asks for her own with a slice of cheddar, I remember all right. Ah, but it’s those differences that keep us interesting, right?