I’ve mentioned before that the main draw that persuades some of my local friends to visit Chattanooga with me is McKay, a frankly remarkable used bookstore that deals in the consumption of mass quantities of books, DVDs and CDs. There are three stores in Tennessee and the scale of this place is just eye-popping. It is always crowded and books are constantly moving. They made the decision years ago to treat the guests coming to sell or trade books as suppliers and not act like customers are bringing them a burden by asking them to look through a box. You know that heavy sigh you almost always get before the guy at the used record store tells you that they probably won’t be able to sell most of what you brought in, but they’ll take about a third of it for pennies in store credit? That doesn’t happen at McKay. McKay’s not doing you a favor by taking some of this off your hands; you are doing them a favor by selling them your books, and the staff acts like it. No, they don’t take everything, but they take a darn good chunk of it and give you a fair price. Cash, too. No wonder we keep seeing Cobb and Fulton license plates in their parking lot. McKay is undercutting the bejezus out of every similar store in Atlanta.

Since, between us, David and Neal and I have far, far more books and CDs and things that we ever needed to purchase, McKay is a great place to get rid of it. It’s a very satisfying feeling, and I never feel too guilty about using some of my cash for a celebratory snack at a restaurant that we don’t have in our area. After all, if I’m going to be in a town for three or four hours, I’m going to want to eat twice, of course.

McKay is located at the north end of Lee Highway, a road that runs parallel to I-75 for about seven miles. US-11 and US-64 follow this street until exit 7, where they join the interstate. If you leave McKay and drive south two miles to Shallowford Road, you’ll find one of the area Bi-Lo stores where I have frequently stopped for a twelve-pack of Double Cola. Across the street from it is Taco Roc, a place that’s been impressing the locals with their traditional Mexican food. Not another El-This-Los-That joint, this belongs to the same school of cooking that we see at Sr. Sol in Athens or Bone Garden Cantina in Atlanta. 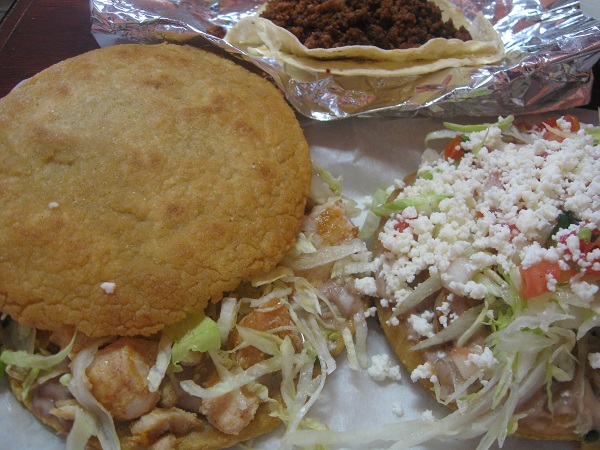 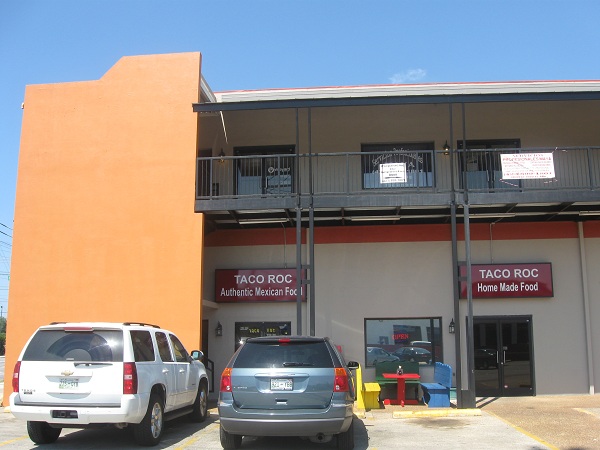 Neal, who doesn’t quite follow my battle plan of mulitple small meals and consequently is in much better shape than me, passed on getting anything to eat here, and David just had some chips and cheese dip. But I wanted to see what Taco Roc could do with traditional-style cooking and ordered much more food than I intended to eat. I only had about half and a bit of each, but I ordered a chorizo taco, a chicken gordita, and a shrimp sopa. That way, I figured I could enjoy several different flavors. Everything tasted just wonderful and fresh. It’s a decent quantity of good food for under seven bucks.

Impressively, I didn’t even succumb to the calorie trap of having a basket of chips and trying several different salsas. I’d like to think this was because I was being cautious, but it probably has more to do with me not noticing the restaurant’s salsa bar until after I finished my meal. That just gives me another reason to try those out sometime. I see from some online reviews that guests used to be able to enjoy a hot carrot dish at the bar, but that a new owner dispensed with it. Well, that sounds like a crime against food.

I enjoyed briefly talking with the girl at the register while getting a horchata to take with me back to Atlanta. I was quite taken with how they offer these. There’s almost no counter space in this teeny room, and so the horchata and the similar traditional Mexican drinks are cooling in metal buckets under the glass to save room. The person working the register has to squat or lean down and get your drink out with a ladle.

It’s pretty obvious that I don’t enjoy Mexican-styled dishes as much as I once did, but I certainly have had the pleasure of visiting some really good restaurants in the last month or so. Maybe I’ll have the chance to swing by Taco Mamacita later this year; that’s also been getting some good buzz.

Other blog posts about Taco Roc: