So there’s this burrito place in Kennesaw that has been defying my efforts to eat there for years. I went there once and learned they were closed on Sundays. I went again and they were on vacation. I’m guessing that they take off every July 4th, because it was probably a year before Marie suggested burritos and I remembered the place and we drove that way and found them closed again. That’s three times that one place has stymied my plans. They win this round.

So we went back to Woodstock for the second time that day. For lunch, we had gone to Bub-Ba-Q, an area favorite, and enjoyed their appetizer portion of burnt ends for the first time. Since I was hoping for someplace new to our blog for supper, we followed that up with a visit to Pure Taqueria in the small city’s charming downtown. It’s located right across the plaza from Canyons Burger Company, and next door to what had been The Right Wing Tavern, a popular local place that unexpectedly closed quite suddenly a week or so before. This wasn’t a place that I was in any hurry to ever enter, but it was very surprising to learn that the restaurant that really drove that downtown’s resurgence shut down so abruptly.

When I was working in Alpharetta a few years back, the original Pure – named because the small building was once the home of a Pure Oil gas station – was one of the region’s foodie faves of the hour, always drawing huge crowds of all ages. The Woodstock location is one of two additional Atlanta sites. They have also opened in Matthews, NC and a fourth Atlanta store, in Duluth, is scheduled for a September opening. 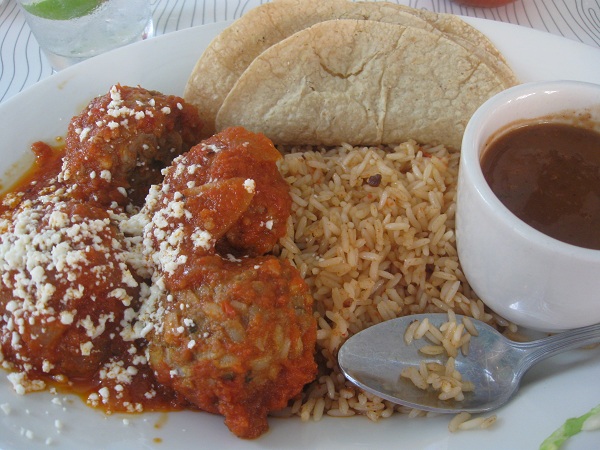 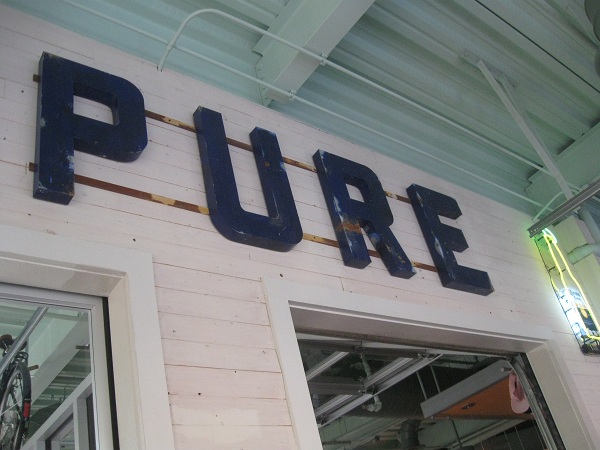 Pure is one of those very rare places where we can’t fault anything specific, but it’s just far, far too loud and hot for us old-timers and a baby looking for a nice family dinner. The food was really quite good, and our server was incredibly awesome. Committing the giant volume of nightly specials to memory isn’t the work of novices. Marie enjoyed her burrito, and I quite liked my meatballs, called albondigas, which were served in a chipotle tomato sauce. My daughter had the chicken taquitos and said that she really enjoyed those, too.

By the time our entrees were served, however, we were already sweating buckets and tired of yelling at each other to be heard over the music. Honestly, this just isn’t a summertime place for us, certainly not on a Saturday night. Unfortunately, the restaurant’s design, evoking an old garage with the huge doors and high ceilings, does not lend itself to really good air conditioning. My daughter finally gave up and went outside, where a light breeze made the high nineties feel more livable. I’d like to revisit Pure on a weekday evening in the fall, and maybe sit on the upstairs patio when it’s cooler. If the food is consistently this good, I think that we’d all enjoy that experience a good deal more.

Other blog posts about Pure: