We’ve come to the end of our 520-mile road trip. The seventh and final stop of the day, or night, as it were, came a little north of Augusta, between the suburbs of Martinez and Evans at a business that had a different name than what I was expecting. It’s called Mot’s Bar-B-Que, but in one of those silly little Urbanspoon quirks, it was, for some reason, misidentified there as simply “Motty.”

Augusta is the second largest city in Georgia, but you wouldn’t know it from its reputation. This is, simply, not a town that anybody talks about, unless they’re talking about golf or James Brown. It has no online footprint among any hobby that I follow. It does not appear to have ever been home to any bookstores, record or comic shops of any note, doesn’t host any conventions that I ever heard of, nothing. They have a team in the Class A South Atlantic League, and that’s about it. That’s not to say that people disparage it, but rather that nobody seems to mention it. I guess that, unless you’re talking about the Masters, there isn’t anything to talk about.

Food-wise, we were amused by our visit to Sconyers Bar-B-Que in 2011, but that is clearly a restaurant whose heyday came and went during the Carter administration. I can just imagine some poor staffer at Southern Living being given an assignment to turn in six pages on this town and weeping quietly, not knowing what to do.

It’s so silent here that the top blog on Urbanspoon’s Augusta leaderboard, I Just Ate This, doesn’t even exist anymore. We’re competing with a ghost*. 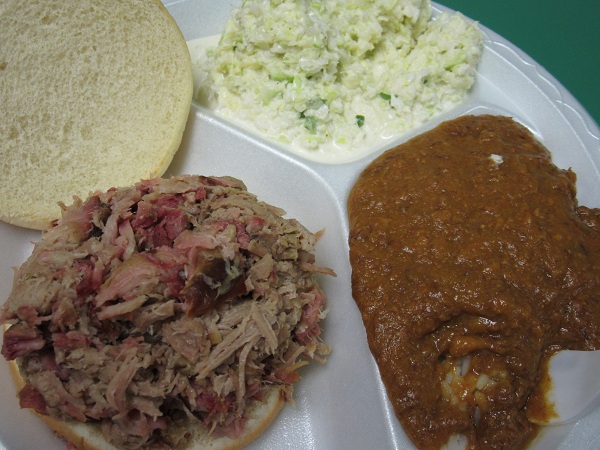 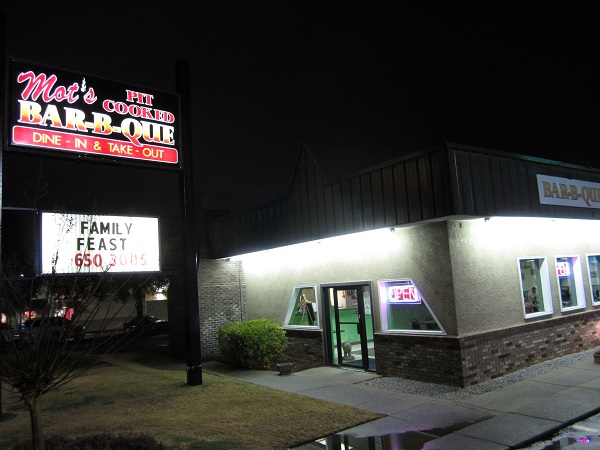 Hash over rice is one of South Carolina’s best known local dishes. Its influence stretches west into this corner of Georgia; most barbecue restaurants around Richmond County offer it. I’m unsure how far south it stays common, but continuing west and north up US-78, through Washington and into Athens and then north up 441, rice fades from the recipe. The Athens area is a melting pot for several different takes on the dish. Paul’s in Lexington labels their side “stew,” but it has more in common with the hash that we sampled at Henry’s Smokehouse in Greenville than anybody else’s stew. Harry’s Pig Shop, one of Athens’ newer restaurants, offers both hash and Brunswick stew, but I really don’t know that the rice is common anywhere west of Taliaferro County.

Now, the last time we did this trip, my senses and critical powers were blunted and dulled by the time we made our final stop at the eighth and last restaurant, about which I remember nothing beyond what I wrote. It happened again this time at Mot’s. I had passed on the previous stop, leaving it to Marie alone, but I was still so stuffed that nothing beyond general satisfaction registered at Mot’s. The hash over rice was terrific, and I remember enjoying it more than what I had tried at Henry’s or at Midway, but I could not tell you why. The chopped, hickory-smoked pork was pretty good, and I was amused by the thundering sound of the cleaver coming down on it as it echoed through the dining room, and I quite liked the tomato-vinegar sauce, but the words aren’t triggering any specific memories. When this chapter is posted, I’ll be a couple of weeks away from my most ambitious solo road trip yet, with a whole freaking pile of restaurants to sample and share. I am simply going to have to take more detailed notes than I typically do, or fear losing all the memories too soon.

Of course, I’m not entirely to blame. The two good people who took my order and rang me up disappeared into the back when I returned to the counter with some questions. The teenager left behind was stunningly unprepared to answer any of them. He seemed, at least, to be of the opinion that Mot’s opened around the year 2000.

Since the traveling barbecue bloggers that I enjoy – I’ve linked to ’em enough times they should be in everybody’s “favorites” by now – have given Augusta a wide berth, and since the city has not spawned any kind of local foodie culture, there’s little to nothing online out there to help spark more of what to say. I’ve done Mot’s a disservice; saying that this was the best of the three orders of hash that I tried is no good when I can’t even remember why, much less explain it.

Finances forced us to cancel a long trip to Augusta several months ago, and we haven’t rescheduled it. I’d like to give Mot’s another visit when I’m not stuffed to the gills with pimento cheeseburgers, and learn more about the city. Maybe take one of those green jackets home or something.

*(Update, 4/3/12: “I Just Ate This” has since been removed from Urbanspoon’s listings. Huzzah! I mean, I hope it comes back soon.)