Every once in a while, objectivity flies right out the window here at our blog in favor of wild, emphatic gushing. This is one of those chapters.

When I was living in Athens, and waxing eloquent about the amazing Mean Bean to anybody who would listen, I would occasionally get reports back from Atlanta about a place called Tortillas. They predated the Mean Bean by a few years, long enough to already have an imitator, Frijoleros, that I tried once in the late eighties. Somehow, though, possibly because high schoolers have far less of an awareness of the world around them than they would like to think, I never heard of Tortillas, or it never registered, until the early nineties, when I started reading papers like Creative Loafing and hearing every one of the burrito joints in Atlanta compared, unfavorably, to the mighty Tortillas. In time, there was a craze that started. Raging Burrito, Z-Teca (which became Qdoba), Chipotle, Willy’s, Moe’s and plenty of others started up, and, in time, Tortillas started feeling the effects. They shuttered in the spring of 2003, after a 19-year run.

I rolled my eyes at the angst and weeping and gnashing of teeth. Whoever they were, Tortillas was no Mean Bean.

Armed with approximations of their recipes – the owners, Charlie and Grace Kerns, kindly left general versions up on the restaurant’s old MySpace page and those have been passed down around the internet since – a guy named Matt Hinton started a delivery service called West End Burritos, changing his name to Bell Street when he opened a brick and mortar store in the Sweet Auburn Curb Market, in 2009. A second location on Howell Mill Road followed last year, and I finally got over there to see what all the fuss was about.

I was right. This is no Mean Bean, but it is closer than any other restaurant I’ve tried. I’ve enjoyed some pretty good burritos in the three years since the Mean Bean closed, but Bell Street’s are, by leagues, the best. 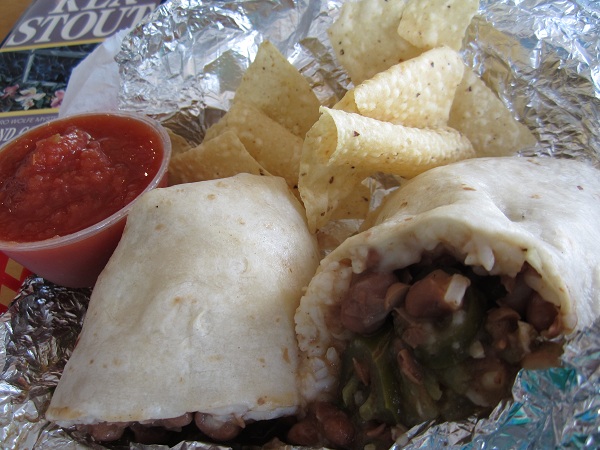 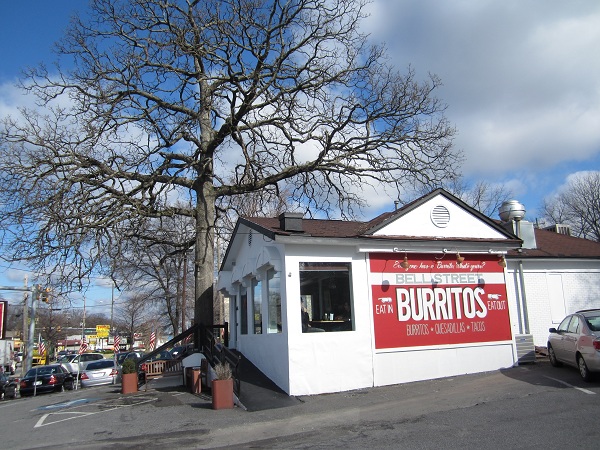 Look at that amazing tree next to their building! Isn’t that beautiful? Bell Street has opened a few doors down from Flip Burger Boutique, in the space vacated by a brunch place called The Social House that I never visited. I had a spectacularly good lunch there, helped in part by the music. I genuinely had to double-check my hip pocket and make sure that my Sentient iPod was still there and they didn’t plug it into their stereo, because just about every song they played – Neutral Milk Hotel, Bob Dylan – are songs that I love and own.

I had a taco and a green chile burrito with chips and salsa, and knock me down but these good people have fountain Cheerwine! Holy anna. I loved this place before I had a bite*. Everything was so good. There’s a reason that Tortillas inspired such loyalty, if their food was this wonderful. The beans were absolutely as good as the Mean Bean at their best, and that was the kicker. They didn’t taste dry, like they so often do in burritos. I remember how the Mean Bean’s refried beans had that wonderful, moist consistency, like it was a specially-concocted burrito filling, and this had the same smooth texture and explosions of flavor. The sauces and salsas were similarly punchy, and I must have smiled all the way through the meal.

In point of fact, I can honestly see how Marie and I might lose a little momentum in covering restaurants in Atlanta. We haven’t been regulars anywhere in ages and ages, preferring instead to try new things and share more stories. I want to eat here all the dang time. That might mean one or two fewer chances to get out and report on something new. These are good enough to make a fellow change his routine. The following Saturday evening, I brought the whole family here for burritos and quesadillas, and everybody was similarly impressed. That won’t be the last time we visit, I’m sure.

*Not entirely sensible. Several months ago, I discarded a planned chapter on a barbecue restaurant in this region after photographing the plate, all a-giddy from, and pleased by, the Cheerwine, after I actually tried the food and found it lacking.

(Update, 9/5/12): With a run of bad luck that borders on the criminal, Hinton was forced to close this location of Bell Street at the end of August, not for lack of business, but because the property’s owner decided that instead of housing a restaurant, a used car lot, and those three beautiful old trees on this corner, he would rather tear it all down and give room to an Advanced Auto Parts.

Since writing this entry, Bell Street had joined the local Cheeseburger Bobby’s as the only place in the city for the last two years that would qualify as a place where Marie and I were regulars. We ate here a lot, loving the food and the music and the wonderful staff. At this time, Hinton has announced plans for a second intown market location, at the Irwin Street Market, and says that a new freestanding location will be with us soon. Since we love this place, we’ll be reporting developments on our Facebook page, and will give the new place its own chapter just as soon as it is ready.