A couple of Fridays ago, I was driving through East Atlanta on my way to get some ribs. I found that place, but they weren’t going to be open for another hour. I decided that I would try again some other time and thought about where else to eat instead. Amazingly, this would be the first of two occasions that weekend where I could not get the barbecue that I wanted to try; more about that in tomorrow’s chapter.

I had driven past a place called Tomatillos on my way to the not-yet-open rib joint, and figured that a big ole burrito would be exactly what the doctor ordered. I had no idea, then, that I was walking into a place with a foolheaded history of drama with one of my absolute favorite places to eat in Atlanta. All I knew then was that I was walking into what used to be an old bank building – a Wachovia, it turned out – and into ear-splitting Florence & the Machine. Adele’s “Someone Like You” soon followed at maximum volume. By the time I started tasting the salsa, I was somehow able to tune out the extraordinarily loud contemporary pop to ask myself what in the world Bell Street Burritos’ food was doing in somebody else’s restaurant. 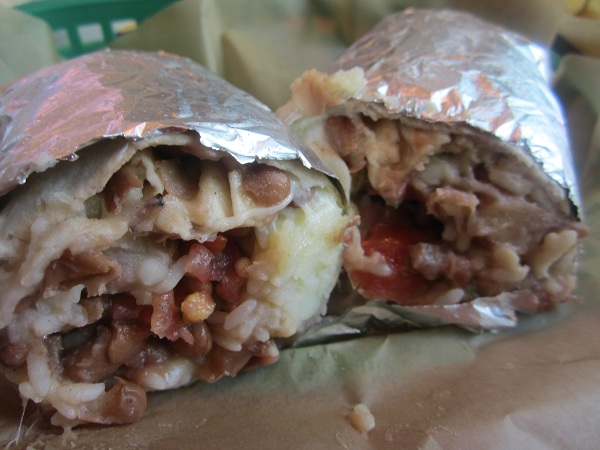 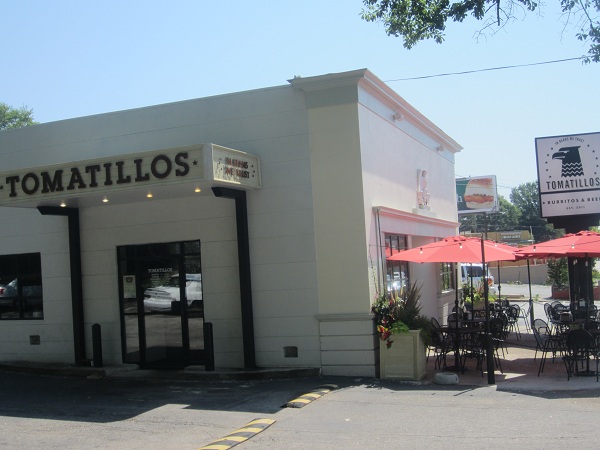 “I had lunch today in the weirdest place,” I told Marie that evening. I reminded her that Bell Street, which we discovered in January and have visited anew more times than any other restaurant in the city this year, got its start by adapting the recipes of the influential, much-loved and dearly missed Tortillas, a restaurant that closed in 2003 after a run of twenty years or so. Tortillas left a huge impact on the market; it stood to reason that other places might have wanted to approximate the taste, and it appeared that this place, Tomatillos, had done just that. We talked about it, and I figured that I could try writing a chapter from that perspective. After all, it was quite a good burrito, and wonderful salsa.

Now, one of my pet interests, for many, many years, has been the earliest days of the McDonaldland ad campaign in the early 1970s. As a kid, I was completely enamored by the wild creations of the Saturday morning TV producers Sid and Marty Krofft. Later in life, I was swapping bootleg H.R. Pufnstuf episodes on VHS when some of you whippersnappers were still in short pants, although the rumored incident where Erik Estrada and the blond fellow in CHiPs pulled a Sleestak over for speeding always eluded me.

Anyway, even as a wee one, I could see that Mayor McCheese and Big Mac and Captain Crook looked a whole heck of a lot like Krofft characters. This is because the ad agency tasked with creating this world for commercials and in-store materials had enlisted the Kroffts’ help, learned how their characters’ costumes were built and how they shot their programs, and then severed their relationship and said they’d go their own way. When McDonaldland did appear a year or so later, everybody knew what had gone on. The Kroffts spent four years in court (see Sid & Marty Krofft Television v. McDonald’s Corp., 562 F. 2d 1157 – Court of Appeals, 9th Circuit 1977) successfully arguing that McDonald’s and their ad agency had pilfered the “look and feel” of their creations, creating confusion in the minds of customers. The Kroffts were eventually awarded about a million bucks, McDonaldland’s characters were redesigned and eventually phased out, and an important legal precedent was set for anybody planning to pull this one.

With that in mind, when I did a little research about where I had eaten, I found something remarkable. Tomatillos, owned by Eric and Margaret Kaiser, opened in August of last year. Within a couple of weeks, Bell Street’s owner, Matt Hinton, took to Facebook to disavow any connection with the place. At the time, Bell Street was only operating from a stand in the Sweet Auburn Curb Market, serving lunch on the weekdays, and guests were coming by to ask why their rumored second location, prematurely announced as coming to East Atlanta Village, wasn’t actually called Bell Street.

If I had the capacity to remember every little bit of drama, gossip and rumor about restaurants I had not yet visited, I might’ve known about this brouhaha. It was reported, after all, by Cliff Bostock at Omnivore in September of last year, among a few other places, but, honestly, I glance over so many food hobby blogs from so many cities and see so much news that I forget every word of it within hours unless it’s news about a place that we actually know. I think that the publicity about this got a lot louder than Hinton ever wanted; prospective business partnerships stumble and fail all the time, and it is not as though Tortillas’ recipes were any kind of trade secret anyway. But it still left an eyebrow raised, which was hardly fair, as the food itself was remarkably good.

Bell Street still has our business and loyalty. The food’s just as terrific at either place, but Bell Street is closer, its people are just so fantastic, and the music is not playing at shout-across-the-table-to-be-heard level. Plus, I’d much rather hear the Rock*a*Teens (to whom Hinton introduced me), Suede and Bob Dylan at Bell Street than Florence and Adele at Tomatillos. If your loyalties aren’t set in stone, however, and you’ve been wanting that old Tortillas taste, then either restaurant would probably suffice.

Speaking as somebody who never experienced Tortillas, however, I’m left with the burning question of what the music was like. As you can tell, this is desperately seriously important. Can anybody tell me?