One of Atlanta’s celebrity chefs is a fellow named Shaun Doty, and two years ago, he opened the first of what’s now two locations of Yeah! Burger. It’s a fun, upbeat little place with a nice covered patio to better enjoy the lovely spring weather that we’ve been having. A couple of Saturdays ago, the overnight rain having washed away the pollen, the four of us made our way over to the Howell Mill location, having spent the morning playing with the baby at the Children’s Museum.

I’m not sure why it has taken us so long to stop by. We certainly like burgers, but I guess that Atlantans are just so spoiled for choice with excellent options that it just never came up at the right time. I liked the layout and the design. The interior shows off all these fun cartoon people – sort of like Sam Henderson without the threat of impending vulgarity – in symmetrical rows. 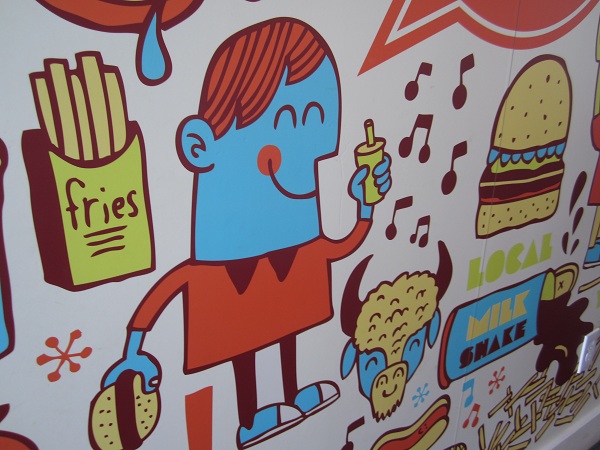 We left feeling like we had barely scratched the surface of what this restaurant can do, which is occasionally my favorite way to leave a restaurant, but it can also prove frustrating. Longtime readers of our blog know that I really enjoy both pimento cheese and northern Alabama white barbecue sauce. This is the only burger place that I’ve ever been to that carries both on the menu, and I skipped right past them. Most of their sauces have a little extra charge of a quarter apiece, but they have so many neat things available, from pesto to hot relish, that it looks like you can spend many visits trying lots of radically different things. 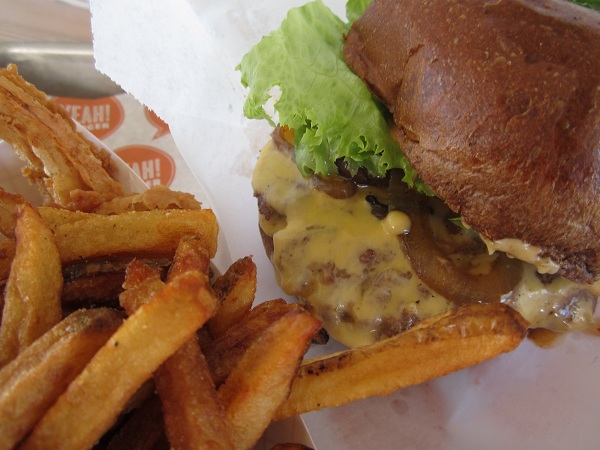 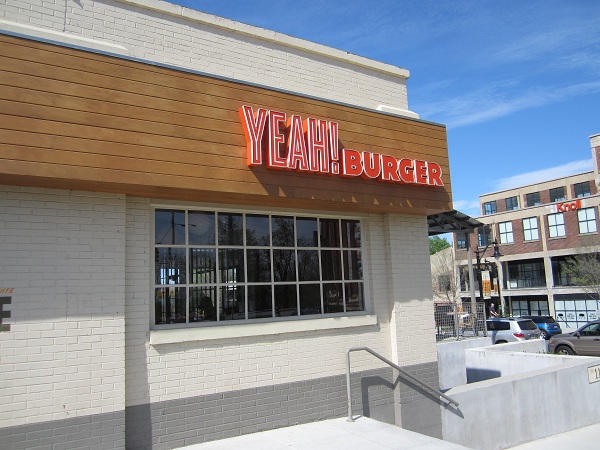 Marie just went with a basic burger with cheddar cheese and some veggies, and our daughter kept it really simple with just fries and a milkshake. I tried the house Yeah! burger, which is a double patty along with lettuce, pickles, grilled onions, yeah! sauce and american cheese. This was pretty good, but when we left, I felt like I did not do the menu justice. I like keeping it simple, but this looks like a place that rewards experimentation.

A few days later, I was trying to write a draft of this article, and just found it frustrating. It was so obvious that Yeah! Burger can do more than the simple things that we tried that I wanted to go back and give them more of a chance to shine. So I had a turkey burger with tomatoes, onions, mayo and hot relish and enjoyed it more than my original trip. Interestingly, they offer either Duke’s or Hellman’s brand mayo for guests. At first, I figured that the choice was to accommodate snobs like me who started using Duke’s because we read that glowing chapter in John T. Edge’s Southern Belly, but no, it’s because Hellmann’s is gluten-free. 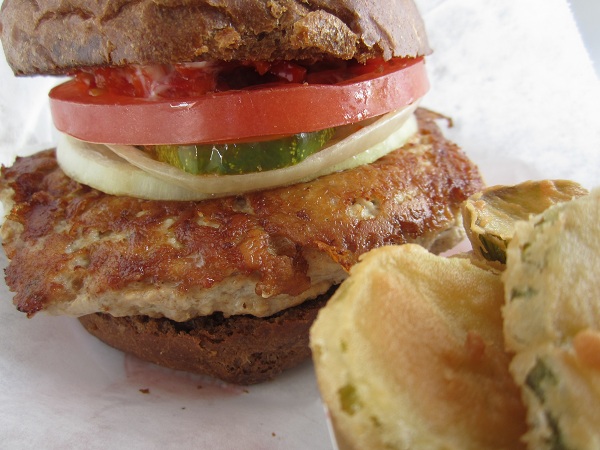 Honestly, the Yeah! burger was pretty good, and certainly good enough to make me curious enough to return, but I liked this even better. The turkey patty was moist and very flavorful, and I just loved the relish. It was enough of a good experience to elevate Yeah! from a crowded second tier into a higher bracket in my thinking. Really good, attentive service from the staff helps as well. It’s a shame that parking is such a pain in the neck here.

There’s a second Yeah! over in Virginia-Highlands somewhere, but there are no present plans to expand. Doty’s attention is apparently focused on a forthcoming chicken restaurant said to be coming to Ansley Mall soon. Maybe we will get over there before it has been open for two years.

Other blog posts about Yeah! Burger: