I dropped my friend Lakshmi, who writes The Rich Vegetarian, a line and asked whether she’d like to get some grub and talk shop. She suggested that we meet up at Persepolis, a restaurant north of the perimeter on Roswell Road that’s just about the living definition of venerable. It opened in 1996, but feels like it’s been here forever. We arrived as they were opening, and, anticipating that we were going to try their popular lunch buffet, they left us alone for a little while to consider their impressive, nicely-designed interior, the upscale effect of which, it must be said, is slightly dented by the presence of the flatscreen TV playing ESPN News.

I really enjoy talking with Lakshmi, and even though the stentorian, excited tones of whomever was on ESPN clashed with our surroundings, it prompted her to tell me about the omnipresence of cricket in her home country of India, how it’s effectively choked the life out of any other sport there. She has lots of neat stories.

Eventually, we got some menus. I looked over the buffet and decided to give it a whirl – it is very nicely priced at thirteen dollars in the afternoon, while she selected instead an appetizer and an order of Zereshk Polo. This is two huge vegetarian kabobs served over a mountain of basmati rice and barberries. 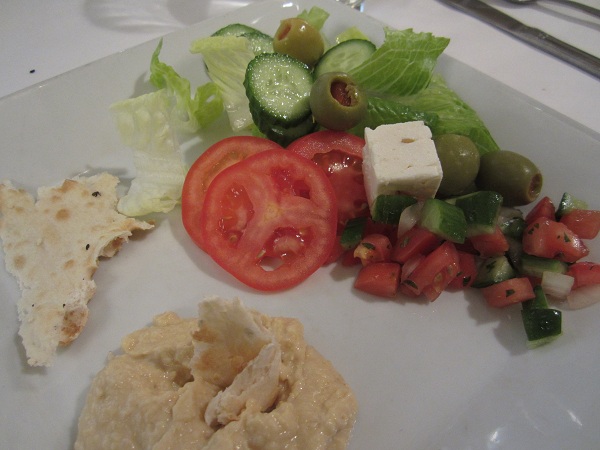 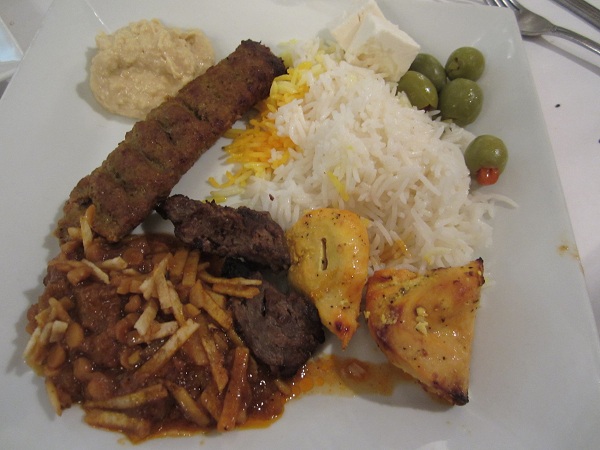 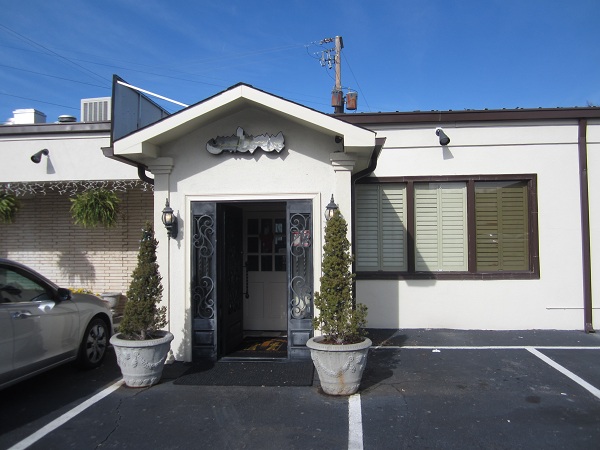 I certainly enjoyed my meal. At best, I’m ambivalent about buffets, but Persepolis has such a good reputation that I didn’t mind coming by at lunch for food that was freshly prepared, rather than waiting over a steam tray all day. The buffet was split across two tables, one with vegetable dishes and one with meats. The chicken was completely delicious, juicy, seasoned right and flavorful. On the other hand, I left thinking that I didn’t have nearly enough of the wonderfully tasty olives, despite giving myself a heaping spoonful with each of my two trips.

And yet, I returned home unsatisfied. I left the restaurant in a good mood, having really enjoyed the company and the meal, but by the time I got home, I remembered that I had forgotten to order this unusual drink that I read about. After Lakshmi suggested Persepolis, I did a little reading, and found the now-dormant blog Space Munchies (link below), written by somebody in Florida. She reported about a curious yogurt soda that had me quite enthusiastic. I had a good meal, but gosh darn it, I was planning to have a glass of that along with it, and plum forgot. Well, now I need to head back that way again.

Other blog posts about Persepolis: