It’s not as though I’ve driven up GA-400 way past the point where it becomes a regular-access, traffic-light managed corridor very often, but just about every time, I was distracted by an incredible collection of weird statues in front of a jukebox store called Cherokee Music between Cumming and Dawsonville. On both occasions that we visited Dahlonega’s Smith House for this blog, I said to myself that I should come by and photograph the menagerie. For no other reason, I felt that I owed it to the proprietors for reminding me of The Inspector, a DePatie-Freleng / UA cartoon that I loved as a kid.

The girlchild had asked for a trip to an outlet mall around the same time that, looking through the fantastic Roadside Architecture site for background on root beer stands and giant ice cream cones, I came across their listing for Cherokee Music, with eleven photos. (Click the link and scroll to the bottom of the page.) I remembered that there’s an outlet mall in Dawsonville, and a few barbecue restaurants in the area we have not visited or featured, and I really needed to photograph those statues.

I was too late.

Cherokee Music closed in 2011. I found a phone number and called it anyway. The former owner told me they sold off all the statues, but some of the Pink Panthers were still alongside GA-400. I found that a business called Flack’s Flooring picked up two and they’re still there, enjoying a romantic picnic. 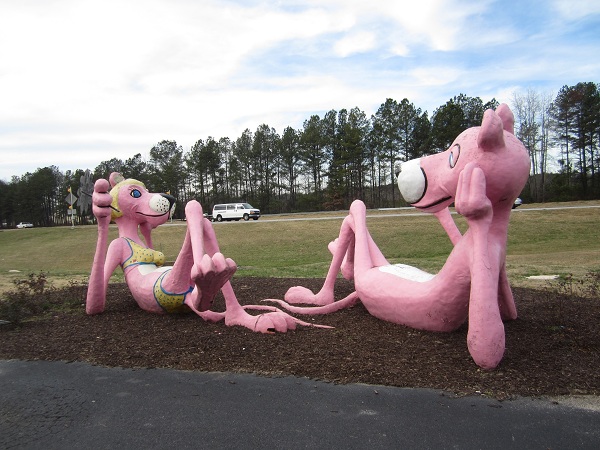 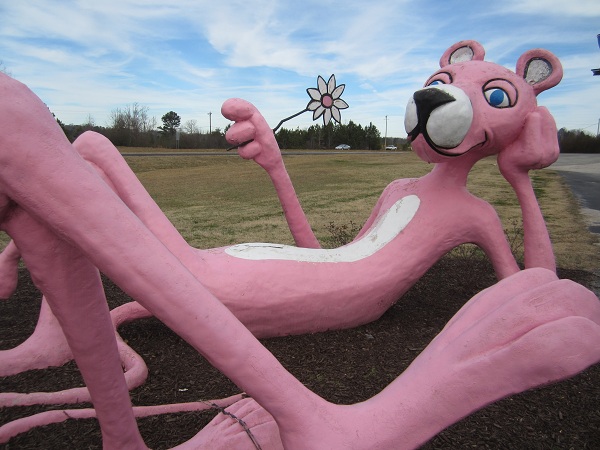 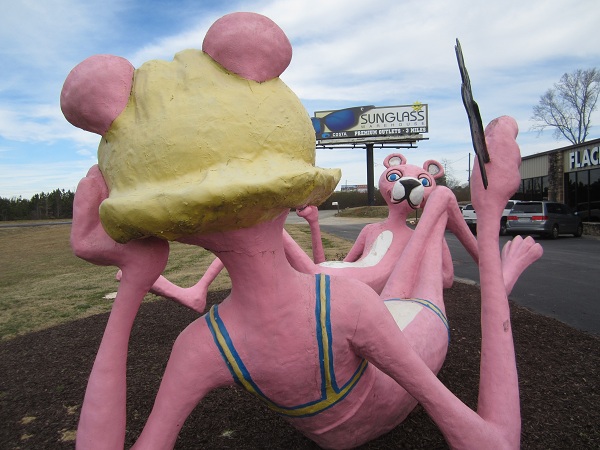 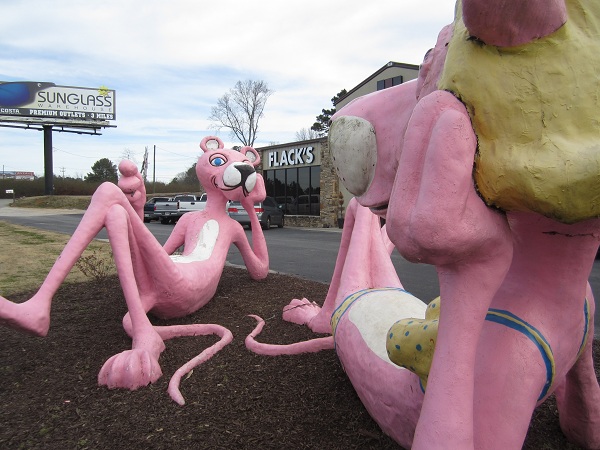 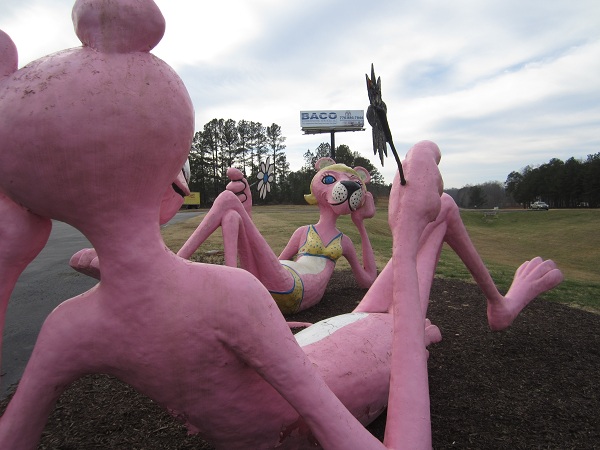 A lesson learned: the next time you see something wild and wonderful on the side of the road, pull over and capture it. The next time you go by, you might not have the chance. I hope that the Inspector is doing well, wherever he ended up.

The children and I continued north and found some excellent barbecue. More on that in the next chapter.

2 thoughts on “Photo Post 5: The Pink Panthers at Flack’s Flooring”