Once in a while, we visit a barbecue restaurant and we just know going in that it’s going to be discussed in comparison to something nearby. That’s the nature of this blog; these aren’t isolated “restaurant reviews,” objective and in a vacuum, but slices from our life and experiences. Roger Hardman and his sister Heather opened a little place called Beachcomber BBQ in 2001 and, for a few years, enjoyed the distinction of being the only barbecue joint on Saint Simons Island.

There were a few other restaurants on the mainland, although time has not been kind to them. In just the last few years, I believe that the Georgia Pig, Mack’s, and Right On Q have all either closed or, in the case of the last one, turned into a catering-only business. And so Beachcomber, with its quiet lunchtime crowd and noisy after-hours one, had the place to itself. Then Southern Soul opened and stole all its thunder.

With mentions in a good dozen national magazines and several TV shows, not to mention the smaller reach of quite a few blogs, Southern Soul quickly became the destination on the island, with thousands of travelers taking the detour across the causeway, through that unbelievably awful traffic circle, and looking for someplace – anyplace – to park and get some of that lauded and celebrated food. But Beachcomber has its fans as well. Alton Brown has family in the area, and he sang Beachcomber’s praises on an episode of Food Network’s Best Thing I Ever Ate. It’s his contention that Beachcomber’s simplicity puts it above its celebrated rival; just smoking the meat low and slow over oak without anything fancy or flashy is all that it needs to be memorable. 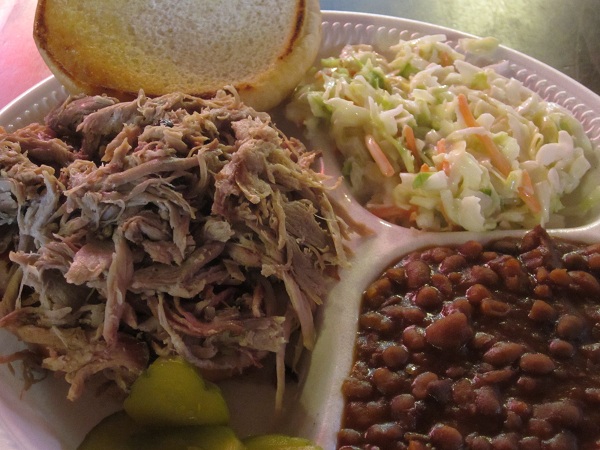 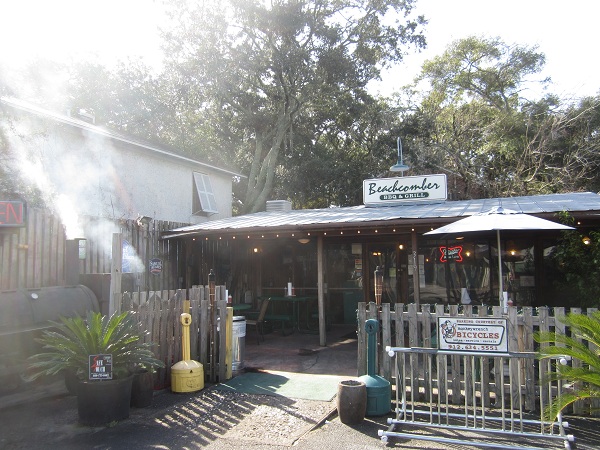 So, really, I think comparisons are to be expected at this point. With Southern Soul on so many people’s radars and wishlists, there needs to be somebody with Brown’s credibility flying the flag for the little guy. He’s not wrong; this a perfectly fine little stop, laid back in that nice island way (“No shirt, no shoes, no problem” is the slogan of quite a few businesses on Saint Simons), with attentive service, tasty meat, and a good, tangy, tomato-based sauce.

Honestly, we both prefer the upstart as well, but I love that Beachcomber is here and thriving. There’s something fun and satisfying about having a place that quietly does things its own simple way in the shadow of noisy growth. That they bring out a good meal too, well, that’s just icing on the cake.