Since we live in the northwestern suburbs, we don’t often get to Gwinnett or Rockdale County for meals. These are the small suburbs that we typically rush through in the early hours on our way to Athens or other places. Over the decades, we’ve been missing out on an interesting cultural transformation.

In the early nineties, Jimmy Carter Boulevard was already a well-intentioned but mostly ineffective corridor, but it was still home to a really fantastic record shop called Eat More, and there was a terrific trading card and collectibles store in that flea market building on the northwest corner of the exit ramp. A few exits north, at Pleasant Hill, there was the best Borders in the whole chain – sure, every store had access to the same merchandise, but this one’s buyer knew exactly what I wanted on the shelves all the time – and Gwinnett Place Mall was so frou-frou that they routinely hampered the guerrilla filmmaking of Corn Pone Flicks. That “outlet mall” on Venture Drive was home to a Q-Zar that was open around the clock, and the dearly missed T & T Toys hosted great Heroclix tournaments and sold singles dirt cheap.

Over time, I found fewer reasons to visit Norcross and Duluth, though. In some cases, my interests shifted, but in others, businesses closed up and neighborhoods changed and I just quit stopping by. There are far more Chinese-owned and Korean-owned businesses here than there were twenty or even ten years ago, and far more restaurants geared toward these communities. While most of the hobbyist focus on international foods – including our own – is centered on nearby Buford Highway, there’s a heck of a lot going on in Duluth that is not being reported in quite so much detail.

The reliable Chow Down Atlanta has always had an eye on these suburbs, but for my money, my friend Sandy, who writes Bella Vivere, has been covering the area better than anybody lately, with regular reports from the oldest and the newest restaurants along all these corridors. A few Saturdays ago, Marie needed to go in to work and my daughter wanted another trip to an outlet mall, and I wanted a trip to an Amish store just up the road from the great big mall on I-85 near Commerce. This would put us in Gwinnett County right around 11, so I dropped Sandy a line to see whether she was free for lunch. She suggested we meet up at one of her favorite places, Ming’s BBQ on Pleasant Hill. 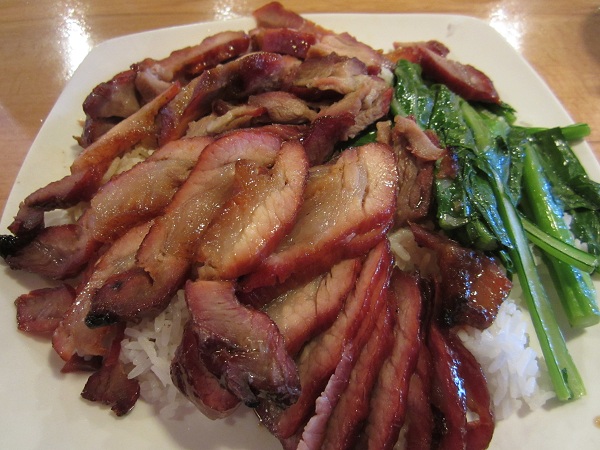 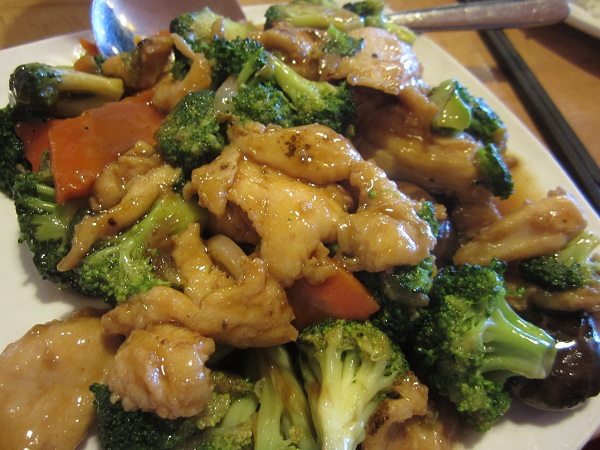 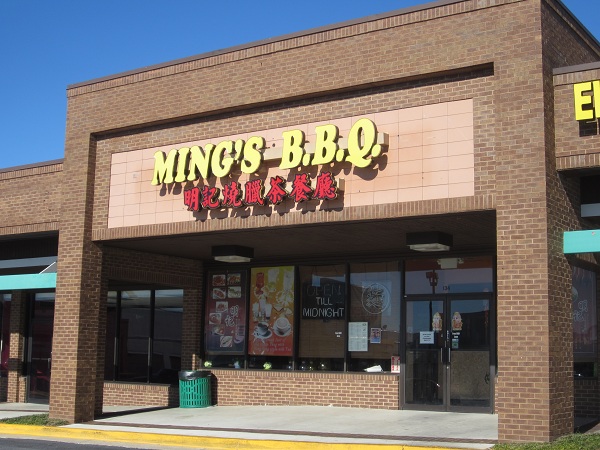 Having made that overly broad statement above about Duluth and its comparatively recent influx of newer, Asian-owned businesses, I’ll now backtrack a little and explain that Ming’s is not a newcomer at all, but actually a Buford Highway veteran. The original hole-in-the-wall location opened there more than twenty years ago; it’s presently located right by Quoc Huong, though I’m not clear whether it originally opened in that space. (This worked in reverse with Nam Phuong, which first opened on Jimmy Carter and then opened a second store on Buford Highway a year later.) Ming’s opened this second location about four years ago.

I was optimistic that my daughter might want to try something a little different from Ming’s large menu. They offer a broad selection of milk teas and other neat drinks. She was briefly tempted to have one of those along with either some doughnuts or Hong Kong-styled buttered French toast. In the end, she went with a chicken and broccoli dish. This is the same sort of idea that you see at any given Happy-This Golden-That joint, but done a little better. I thought that the sauce was mild, light, and very tasty, and the mushrooms had probably not been extracted from a can recently. In short, of course, better quality ingredients enlivened things.

Sandy and I each had the honey barbecue pork, and she added some duck to her order as well. I didn’t think to ask about its preparation – you get two Bulldogs together, they’ll probably be too busy swapping stories of Athens to pay much attention to the food in front of ’em – but I imagine that it was given a mild, sweet honey glaze before a short roasting over charcoal and then just a little more sauce after being sliced and served over rice. The result was very pleasant and light.

That feeling, I think, was the nicest thing about this meal (other than talking shop with Sandy, I mean). My experience of Chinese cooking was shaped by the very heavy sauces used in Americanized recipes and that feeling that after ten bites, you needed a nap. We ate until we were satisfied – even the baby, who enjoyed a good deal of rice, carrots, broccoli, pork, mushrooms, and chicken – and we could probably have run laps because this wasn’t heavy food at all. Well, the girlchild of course napped over the forty-five miles to our next stop, but that’s because she’s a teenager and naps as often as is possible. Food’s got nothing to do with that!