This is Marie, contributing a second-glance take on Ming’s. We were with the kids and with our fellow bloggers from Spatialdrift, Emily and Adam. They are getting progressively closer to 285 in their quest to eat their way up Buford Highway, and we intended to come with them to their next restaurant. After a brief detour in a place that keeps food unrefrigerated on a counter and therefore got ruled out, we wound up at Ming’s. Grant had visited the Duluth store before to eat lunch with Sandy from Bella Vivere and had taken the kids with him, so that left only 50% of the party going for the first time.

The restaurant is up the hill in the back of the complex, past stores selling peculiar products, some of which are probably as sold on TV, others that are almost, but not quite, copyrighted items, and peculiar objects that make me wonder what our social debris must look like to centenarians. I believe one thing we passed was a toy called “fishy fish.” 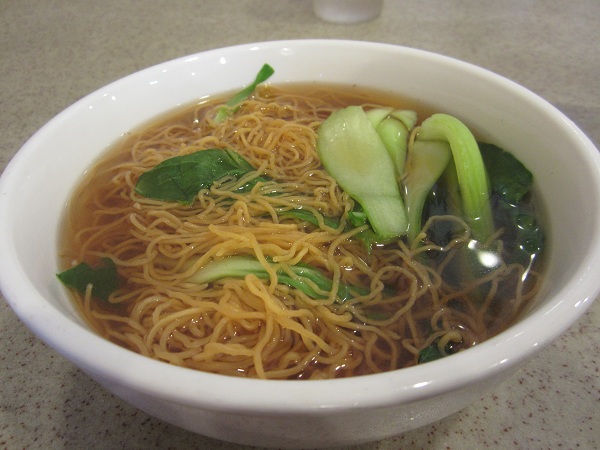 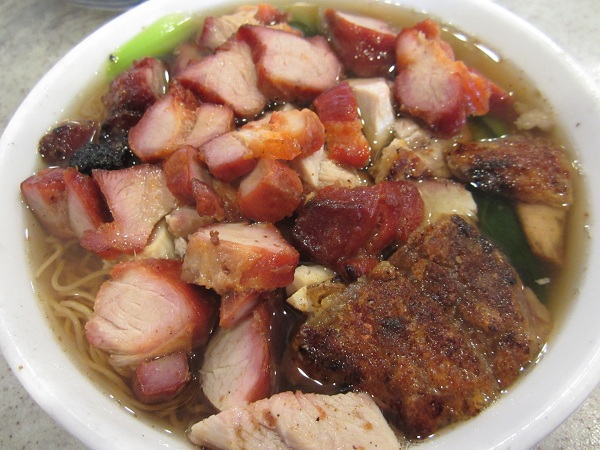 The menu at Ming’s is one of those kinds that has dozens of items divided into categories such as what kind of meat is in the dish and there are numbers, though as Grant mentioned in his earlier report this is not exactly Americanized otherwise. I had been in the mood for noodles and apparently infected everyone else with that urge as most of us wound up ordering something noodle-ish. I decided to give one of the soup bowls with two different cuts of pork. Somehow I only wind up ordering pork in Asian restaurants. They do it better, I guess, or maybe I just don’t like pork chops. 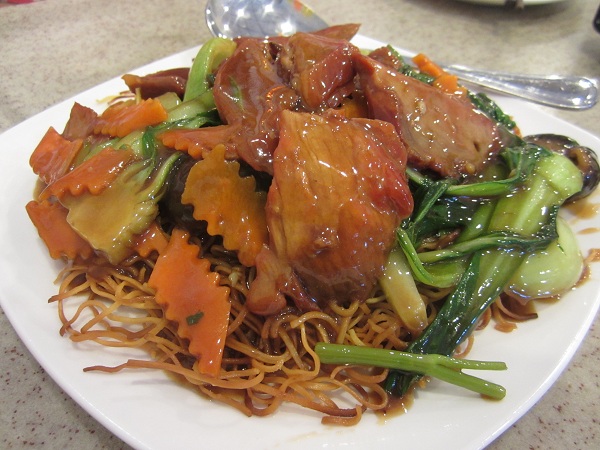 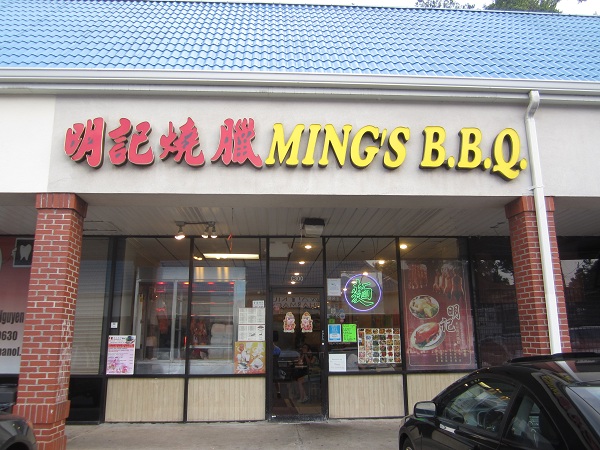 The girlchild went vegetarian and got a meatless noodle bowl along with a milk bubble tea, and Grant, coming down from an afternoon of indulgence and barbecue, ordered a tofu dish. I’m afraid I was paying too much attention to someone trying to escape from the high chair when he was ordering to catch it.

At one point during the meal, however, I saw someone who got something much better than any of us did: a whole fish, beautifully roasted. I saw the fish being drizzled with sauce while twirling noodles on my fork to share with the baby and had to pause a moment in envy! My best guess for what that was on the menu was the Pan Fried Fish in Black Pepper Sauce, because I saw them drizzling dark colored sauce over it. This is, of course, just because our readers might want to check it out, not because I want to go back and have some, oh no.

Anyway, we got to hang out for some time, talking about blogs, families, road trips and whatever else struck our fancies. It was a pleasant place to linger, although Mr. Fussy eventually took over our otherwise happy toddler and we had to decamp.