In August of last year, a reader let us know about a new family-owned pizza place that opened in downtown Kennesaw. Brothers Pizza moved into the site that had been the home of My Country Kitchen for a really impressive run of 35 years. It shuttered in December 2011 and the building was soon under reconstruction to make it a pizza joint. The business remained active for only four months before a change in the ownership group led to some new tweaking and a revised menu. As Pisano’s, it reopened in January of this year.

A couple of weeks ago, we tossed around whether we wanted to try a new pizza place or go with a reliable favorite. I had overspent on lunch for the family – yikes, did I ever overspend – and so I left the decision and the budget to Marie. 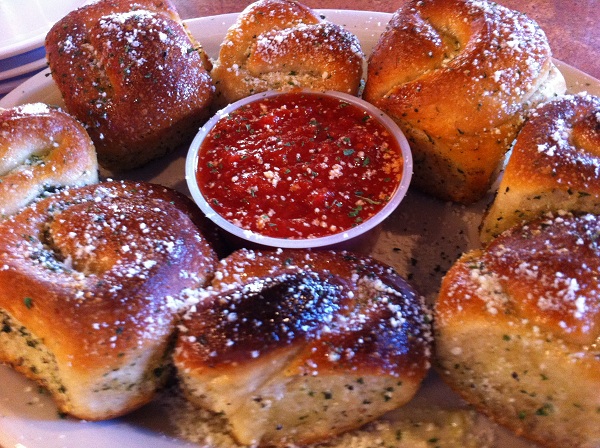 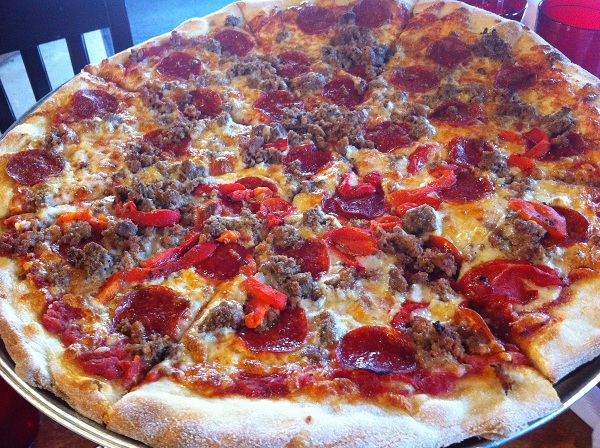 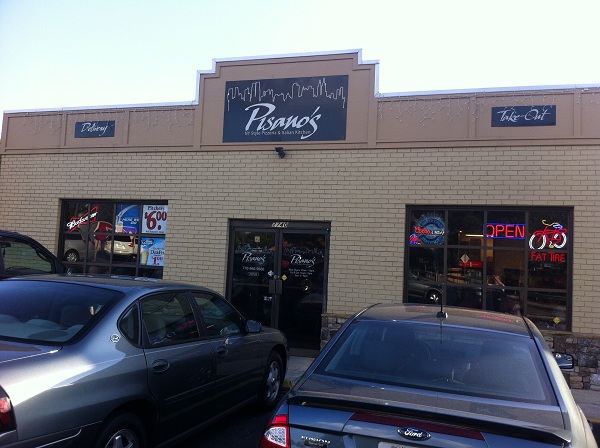 Pisano’s is a fairly standard Italian-American family place. The suburbs are full of them, and we’ve covered plenty of them before. While we honestly didn’t find very much here to make this a standout or a truly memorable experience, we did have a reliably good meal. We had some garlic knots after an enthusiastic recommendation from our server, who was awesome, and a meat pizza with red peppers. The crust was liberally dusted with enough seasoning to make our fingers a greasy and messy, and the pie had a similar consistency to the locally well-regarded New York-style pizzas at LaBella’s and Baby Tommy’s. They seem to have brought in some families and regulars who want a decent Friday evening out with a pizza, but don’t want to bother with the crowds at the nearby Big Pie in the Sky.

As we ate, the baby started getting extremely fussy, so I quickly finished and took him for a walk and ended up across the street at a very neat business. They were closed, but they have lots of strange and fun folk art pieces outside. These kept him curiously investigating, thrilled with each odd new discovery, for a really long time. The ladies finished their meal and came outside to find us. Eventually, I let them know where we were.