This is Marie, writing a story about a restaurant on Saint Simons that was recommended by a reader named Lyndon earlier this year. We recently had the opportunity to visit Sal’s Neighborhood Pizzeria on our most recent visit to south Georgia. My mother, familiar with the restaurant, assured us with great vigor that unless we wanted a toddler-tantrum-inducing wait, that we’d have to get there before 5:30. We got there just about at 5:30, and there was already a half hour wait. Luckily the toddler was gracious about it.

There was actually one free table taunting us with its emptiness… right outside the main door and downwind from a table full of smokers. But we survived both the wait and the temptation, and got our pizza just in time for my mother to have a slice before rushing off to an event she had to attend.

The tables are really efficiently packed inside, with little wasted space, but the wait staff assured me that the owner, a former boxer from New Jersey named Sal Cenicola, was working on acquiring the place next door. They have very clearly outgrown their space, as the stories of hour and a half waits show. 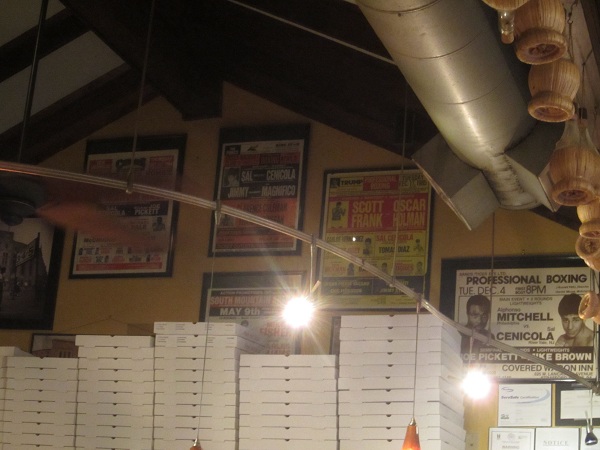 Sal was actually not there that evening, as we had happened to arrive on his birthday, and although he’d been there earlier he had left by the time we were seated. He has an interesting story as a former boxer who, after twenty-five years away from the game, earned himself a place in the Guinness Book of World Records by winning a new fight in Florida earlier this year after a quarter century’s retirement. There is quite a nice little story in the July Elegant Island Living magazine talking about the win and Sal is quoted as thanking his staff for keeping the restaurant up to his high ideals while he was busy training. And I have to say that the staff was very nice, answering my questions patiently.

The limited space in the interior has some of the precious floor space devoted to cabinets with wine bottles. One corner is dominated by the brick oven which the bar wraps around, and it fills the place with the delectable odor of cooking dough. Above it are old posters from Sal’s boxing days. 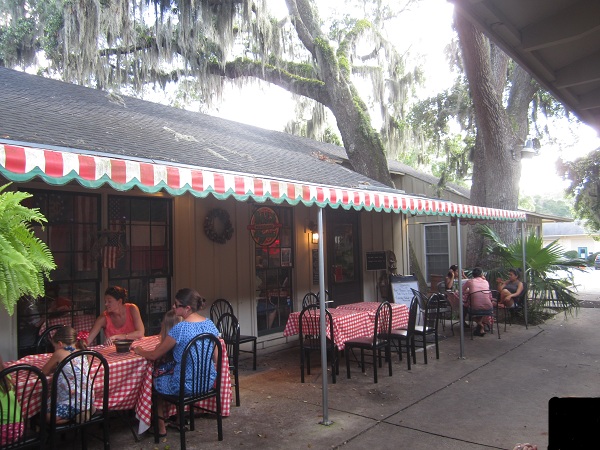 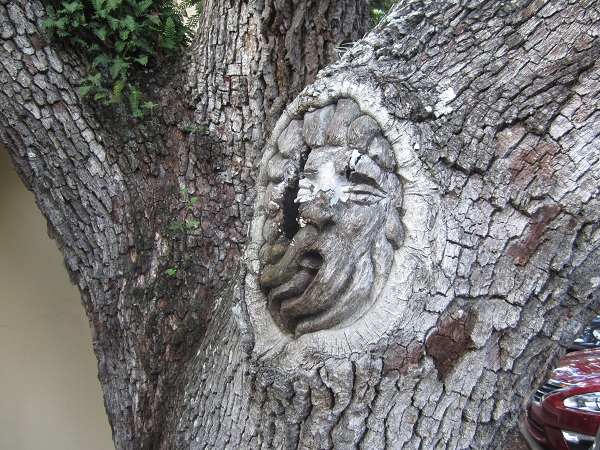 One thing I found rather intriguing was this article, framed and posted on the restaurant wall. Grant noticed it and I went over expecting to see some of Sal’s restaurant exploits in New York, but it was about another pizza joint. Although Sal has some history in high-end restaurants, this one is not (to the best of my ability to tell) included in his history. If he’d been there that would have been a good one to ask about. I can only speculate that this was a place he used to love, and used as inspiration.

The pizza is thin New York style, with a narrow crust and a good portion of cheese, and not too much sauce. We got mushrooms, sausage and pepperoni. There was a sheet of corrugated plastic under the pizza so the grease wouldn’t make the crust too soft before you eat it, a clever innovation. The sausage was especially good. I want more, but have to admit my next order will probably be take-out.