A few weeks ago, I looked back at some of our earliest posts and was depressed by the really, really poor photography across the board. One of the most depressing moments was seeing the awful pictures that accompanied our 2010 chapter about Brandi’s, the little hot dog stand that’s only open 25 hours a week.

I thought that was unfair. Over time, the closest place that our family has become regulars has been Cheeseburger Bobby’s, where we go one evening a week, but Brandi’s is probably second place on my own list. It’s a distant second – I have lunch here every three weeks or so, maybe once a month – but I completely love this place and it deserves better than being buried in our archives that way. 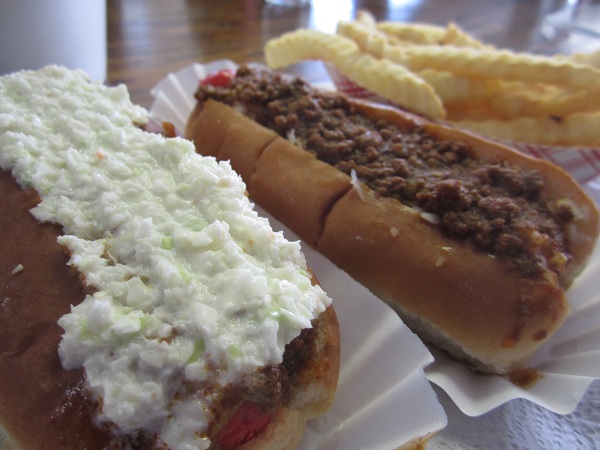 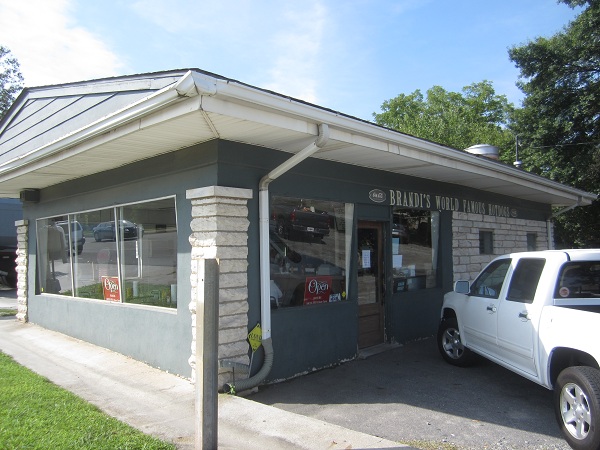 I first found Brandi’s some time after the previous owner, Betty Garrett, sold the business to Brandi Wilson. She’s been leading an awesome team for more than a decade now, slowly making improvements to the building, including a really nice new counter, but never losing either the very carefully achieved rapport with an army of regular guests, or the simple, perfect feel that this is a downhome, honest place that loves to welcome new people… assuming that they can find a place to park. Since the building is nearing its centennial – it was apparently constructed in early 1914 and opened as the Marble Inn – various owners have sold everything from barbecue to gasoline on the premises. Betty bought the place in 1981 and gave it her name, and sold it to Brandi in 2002. Mouths have been on fire ever since. 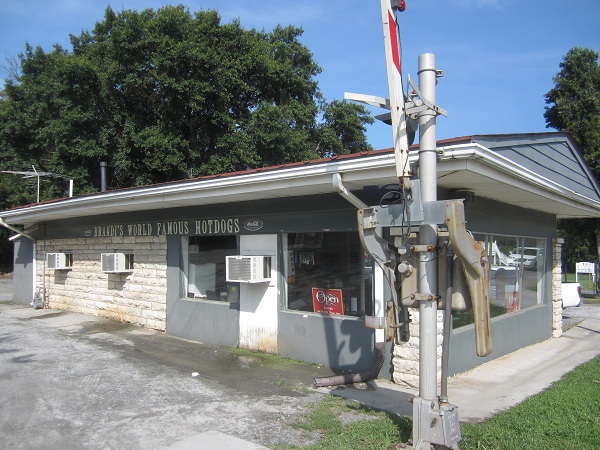 Longtime readers may know that I like to have my lunch early, and should the road bring me here around 10 am, which it often does, I’m happy to get a parking space and be one of the first guests. I almost always order two dogs: one with chili, onions, and mustard, and one with slaw added. I’ll have some fries and the best sweet tea in Cobb County. I recommend that the soon-to-be-hooked among you that have not yet visited try to arrive either between 10 and 11, or between 2 and 3.

The chili is unbelievable. It is incredibly wonderful. It is so freaking spicy that your tongue will be on fire for the better part of half an hour. Over the last year – and here’s a rare example of inconsistency being a wonderful and unpredictable thing – the chili has ranged in potency from incredibly hot to inhumanly hot. If you are concerned that it might be a little too much for you, ask for your chili drained, and that will take some of the burn away without sacrificing the flavor too much. When my daughter is in tow, that’s what she will do. Longtime employee Connie Simmons – she came on board shortly after Betty started things – had the preparation of customers’ orders absolutely perfected, and it was fun to watch her speeding her way through large orders. She retired last summer, fighting lung cancer, I’m sorry to say. It’s fair to say that nobody else can make the hot dogs quite as fast as she could.

I’ve enjoyed lots of the hot dogs that we’ve discovered on our travels the last four years. I was glad to get a trip to Pete’s in Birmingham before its owner passed away. I like Nu-Way in Macon, and Charlie Joseph in LaGrange, and Chris’s in Montgomery. The various Vienna Beef places in the Atlanta area all have their charms, and I miss the half-smokes with Cincy chili at America’s Top Dog like you wouldn’t believe anybody could miss something that was with us for such a short time. But I like Brandi’s more than all of them. I’ll be bringing a large cup of sweet tea home for the fridge as long as we’re still living here. If you haven’t had the pleasure, quit depriving yourself and come have lunch!

Other blog posts about Brandi’s: