Several months ago, I was browsing around Roadside Architecture, as I often do, daydreaming of the funds to spend weeks on the road like she does, and thought about some pictures of a little grill and diner in Rossville that looked completely fascinating. Rossville is the northernmost city in Georgia to border Tennessee. In fact, the state line and city limits of Chattanooga are one block north of the restaurant. When we finished eating, we took a short walk, just so that we could say that we walked from one state into another, and we took some silly pictures of us clowning around with our feet on either side of the sign, while the teenage girlchild seethed in mortification that we are so incredibly embarrassing.

Well, before we humiliated her with our squareness, we enjoyed a good, simple breakfast at this classic diner. The business dates back to 1934, but this building is slightly newer. The original Roy’s Grill was demolished when US-27 was widened in 1949. The new building spent a few decades being a popular hangout before succumbing to the inertia and decline that typified Chattanooga and the region in the 1970s and 1980s. While the Scenic City spent the 1990s roaring back to life and becoming an enviable tourist destination full of great things to do, Rossville has lagged behind. Closed businesses and Family Dollar stores highlight the economic doldrums, and Roy’s eventually closed down.

In 2010, Walker County and the City of Rossville went in with some big tax incentives when a couple of developers offered a plan to refurbish the restaurant in the hopes of bringing Rossville’s moribund downtown back to life. This involved leveling an abandoned building behind the property to make a parking lot, and connecting the old counter space to a dining room upstairs, and giving this 1950s icon the most incredible spit-shine you can imagine. It gleams and shines like it was brand new, and amid considerable hoopla and hopes and an investment of more than a quarter of a million dollars of both private and public money, the new Roy’s, under the ownership of Troy and Wayne Potter, opened to the public in January 2011, only to shut its doors six months later, a disappointing failure.

The doors were locked for only about a month, happily. John T. Arnold bought Roy’s from the Potters and reopened in August 2011 for lunches and early suppers. They tried serving breakfast early on, but it didn’t take at first and they scaled back. In March of this year, they started opening early for breakfast again, which was just fine for us. We don’t normally get breakfast on the road, but we were happy to work it into our schedule. We grabbed a late, small breakfast here before going north to shop at McKay, and by the time we were done with that, we were ready for lunch. 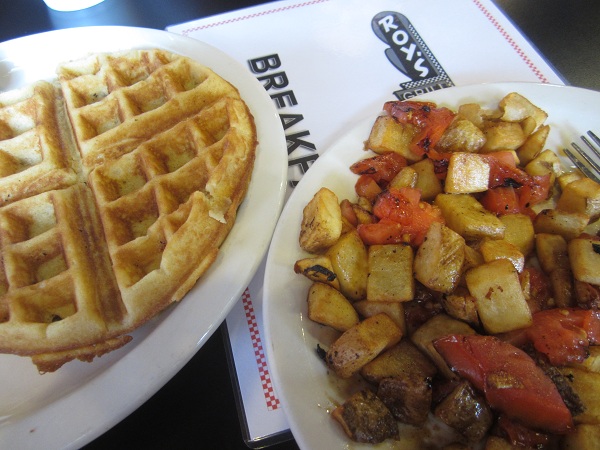 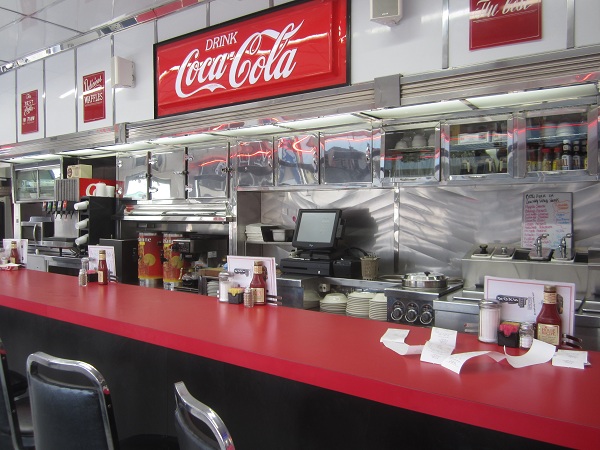 But I keep getting ahead of myself. Honestly, I don’t believe that breakfast is where Roy’s shines the brightest. We had a perfectly good one, with waffles, some with chocolate chips and some with butter, along with fresh fruits and a lovely skillet meal of potatoes and tomatoes, and I wouldn’t dream of insinuating that it was less than satisfying, but it certainly sounds like the real comfort food wonders come later in the day. Mr. Arnold had previously worked at some highly-regarded Chattanooga restaurants like Merv’s (which we definitely need to try) and Southern Star, and has a great reputation for his kitchen prowess, and his recipes for fried chicken, meat loaf, and hamburger steak. 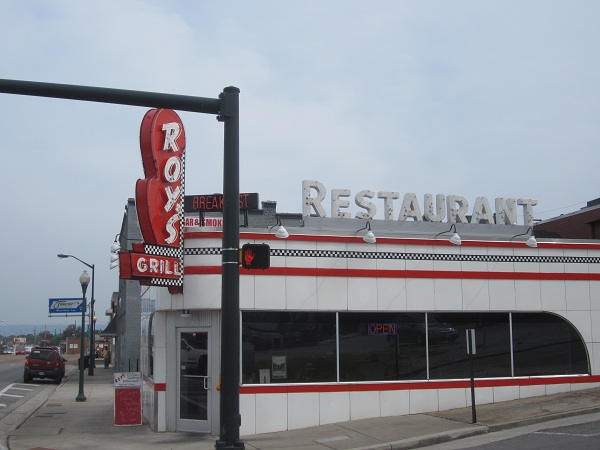 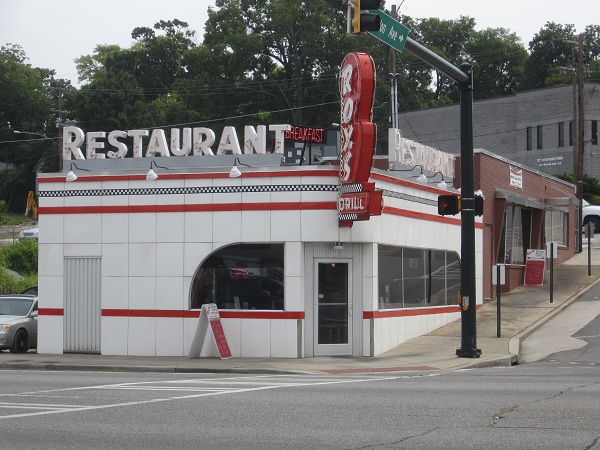 Even though the breakfast crowd still seems disagreeably small, we certainly recommend that our readers swing by at any time of the day. The food that we had was perfectly satisfying, and the experience, if you love old buildings like we do, was a joy. The restoration of this building is just amazing; if you love Atlanta’s Silver Skillet, then Roy’s will leave you smiling. Sadly, the very busy toddler left us unable to enjoy eating at the awesome counter, and we used the upstairs dining room instead. This worked out fine for him; as we had that room to ourselves, we let him run around after he finished his fruit, a very rare treat that he seemed to love.

We also enjoyed just about the best service that we could hope for; these people are downright terrific. One gentleman showed off the photos of Roy’s that are on the connecting staircase between the counter and the dining room. Among these is a huge print of a big crowd at the counter in the early 1950s. Behind the mob, you can see the sign above the door reminding customers to go to church on Sunday. How beautiful and perfect a restoration is this? The sign is above the door still. 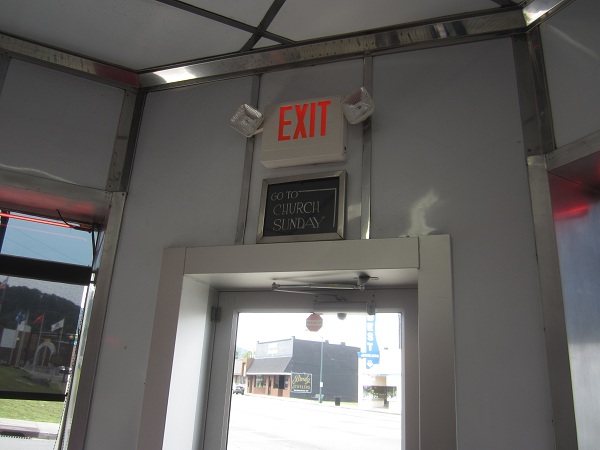