Here’s something I’ve been wanting to do for many, many months. We first drove past Sir Goony’s one day last year as we were using Brainerd Road to cross the area instead of I-24, and, earlier in the summer, I had an early lunch right next door to it at Rib & Loin, but this was the first chance that I’ve had to spend a few minutes walking around the course taking pictures of the statues and obstacles. I picked some of the best photos for you to see. 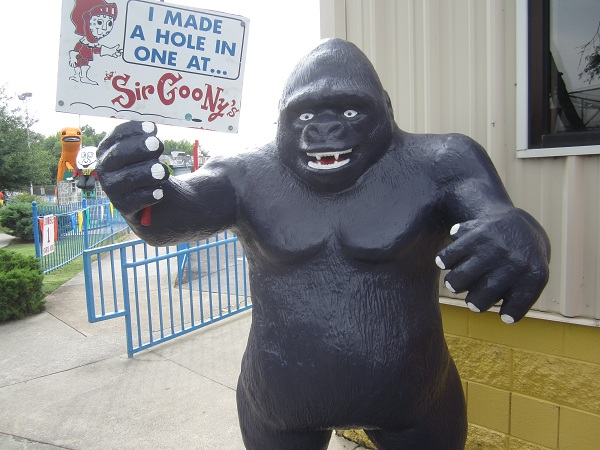 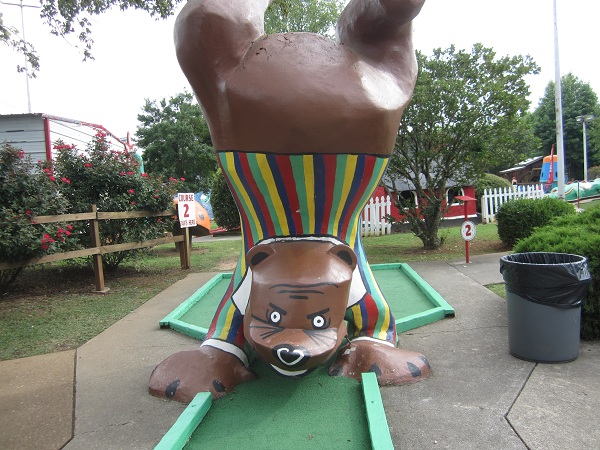 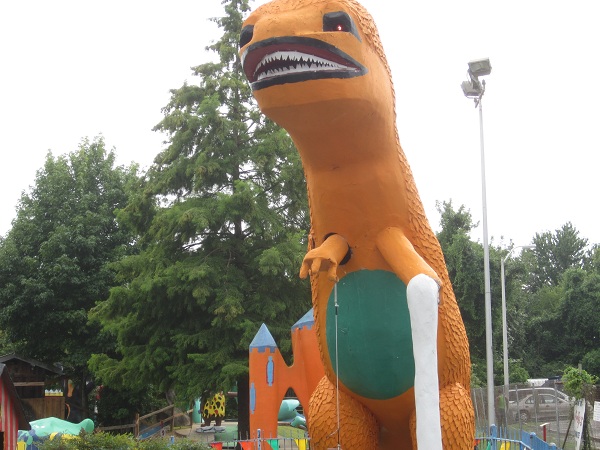 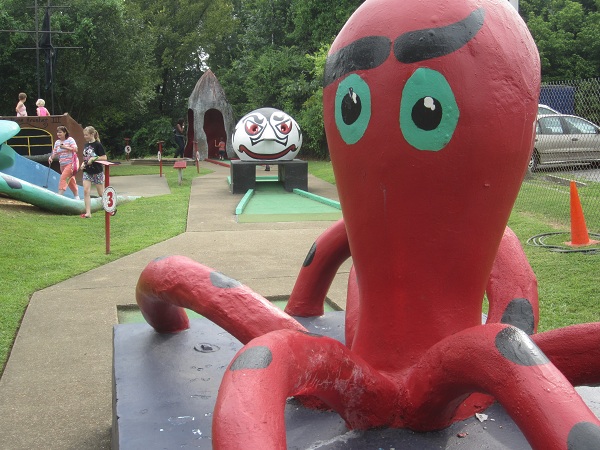 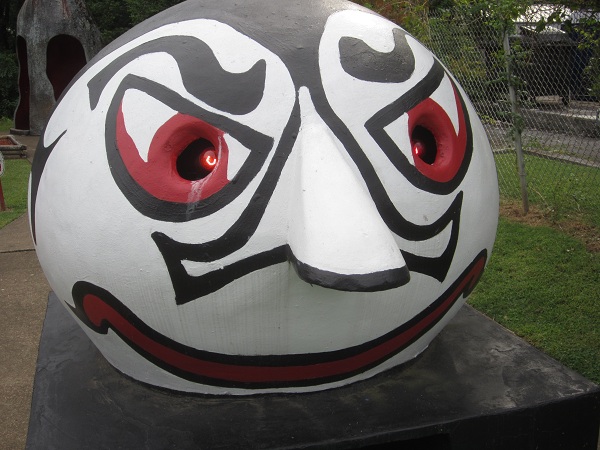 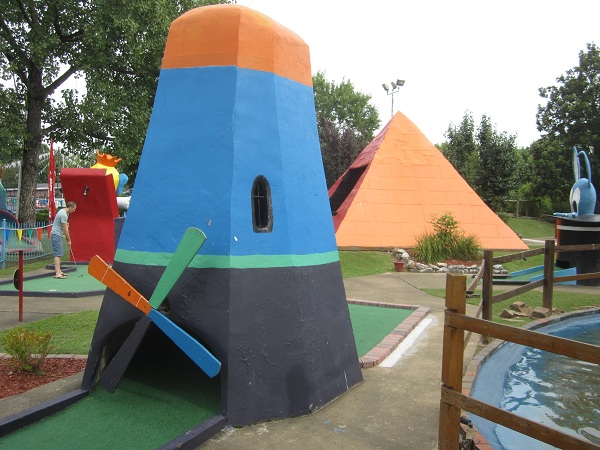 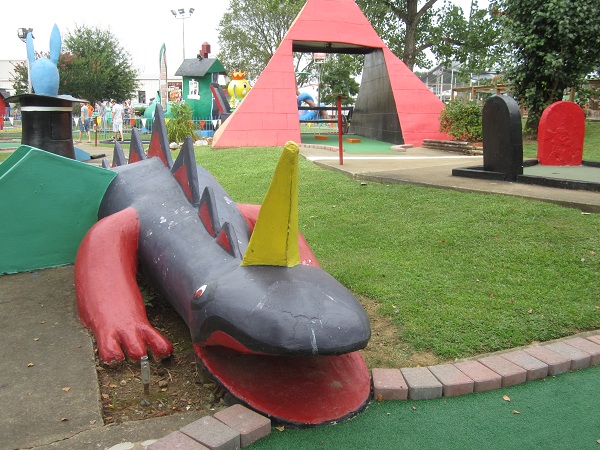 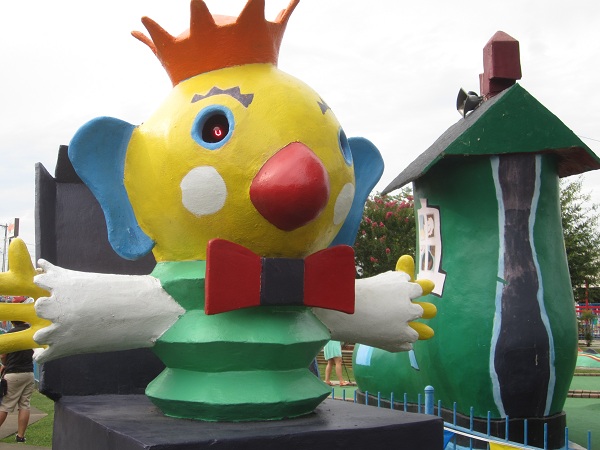 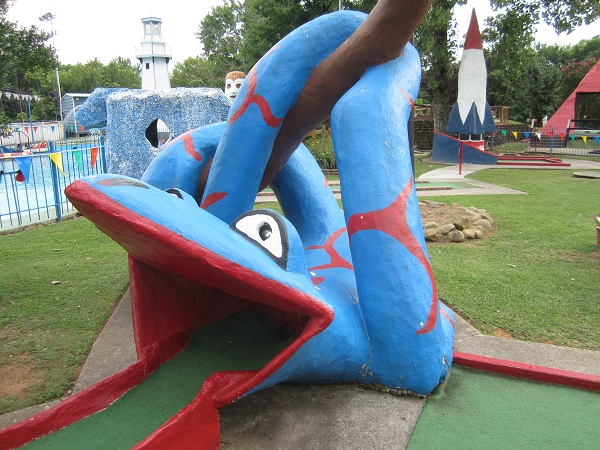 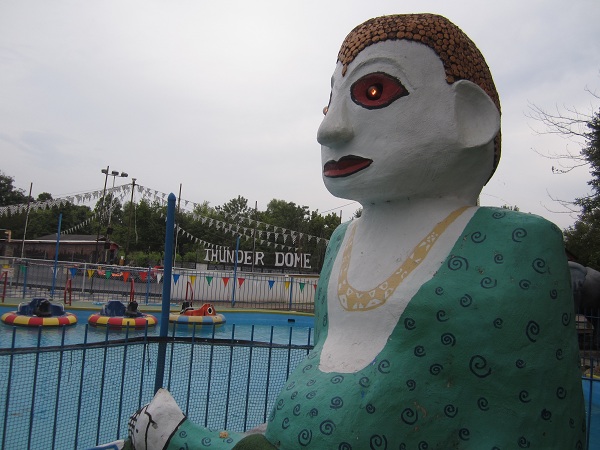 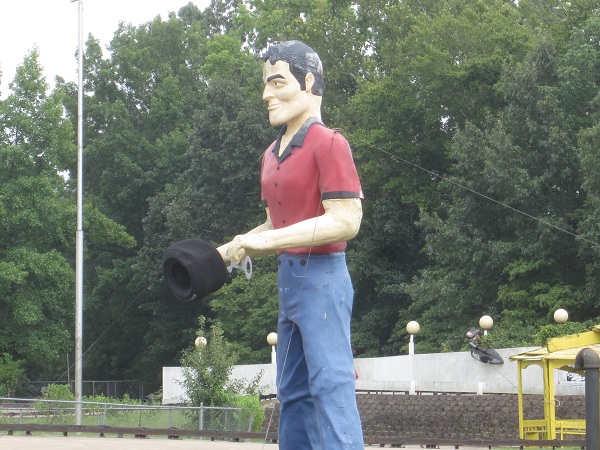 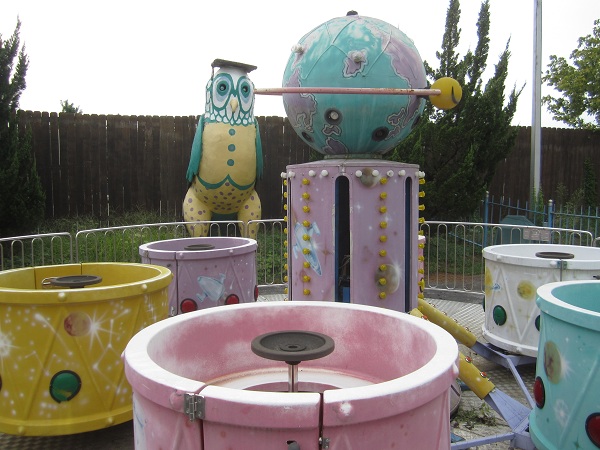 According to Roadside Architecture, this originally opened in 1960 as Goony Golf, the first in a medium-sized chain that reached 36 locations at its peak. It became Sir Goony’s in the late 1970s or early 1980s after the chain collapsed and the remaining locations all became independent. Some kept the name, and some, like this place, changed it slightly.

There is a second Sir Goony’s up the road in Knoxville, but the two businesses are not related any longer in anything but name, and don’t acknowledge each other on their websites. Chattanooga’s site, incidentally, looks like a free Angelfire page from 1999, and Knoxville’s site only loads sporadically.