In case you missed part one of this little travelogue, this is a little journey up the first 25 mile stretch of GA-61 from Carrollton, through Villa Rica and the unincorporated community of New Georgia to Dallas and the intersection with GA-120. Along this corridor are five rarely-discussed barbecue restaurants and, one day last month, I visited all five.

In a break with this blog’s tradition, these are arranged in geographic order and not in the order that I visited them. So this chapter begins with the third in the south-to-north order, and the first place that I stopped on the trip. Since Happy Hawg BBQ is open for breakfast and will serve busy travelers a barbecue lunch at the agreeable hour of ten, I made my way here first. It is located in a gas station, which might make a novice raise an eyebrow in worry, but the smoker in a small fenced area behind the station and the pile of hickory should alleviate any concern.

Happy Hawg has been growing since its humble beginnings in this gas station in 2011. A second, larger location, with a deeper menu, opened last year in Hiram. A third location, up north in Hiawassee, is planned to open in 2014. And you certainly wouldn’t look at this little place, where you take your ticket to the convenience store window and get behind people buying gas and lottery tickets to pay for your food, and think that it’s the anchor of a slowly growing chain, but the food is actually quite good and worth a visit. 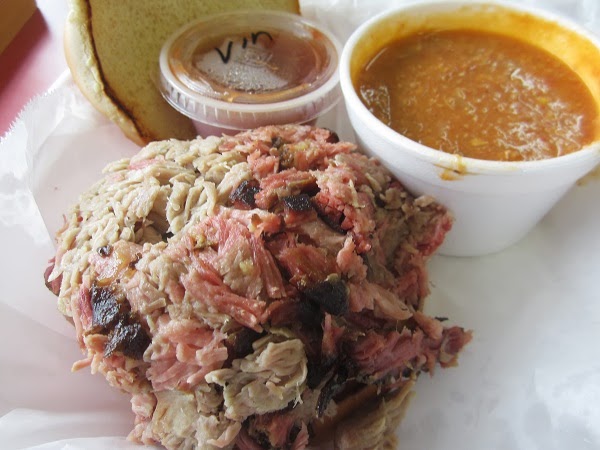 The gas station Happy Hawg doesn’t offer brisket or catfish like their larger location down the road, but they have pork, ribs, chicken, and hot dogs. This was a nice late breakfast to get my day started off. I thought that the pork was pretty good, just a little bit fattier than I prefer it, but a small amount – not too much! – of the vinegar-based sauce went well with it. I was impressed the most by the stew, which was thick, meaty and orange and just completely delicious. I had stew at a few places on this full day’s jaunt, and Happy Hawg’s was the best of them.

The second best stew came at my second-to-last stop of the trip, and here, I remind casual readers that ours isn’t technically a restaurant review blog, especially when I’m hitting several places in a short period. I did not eat at Route 61 Bar-B-Q myself, but instead took home a sandwich and stew for the girlchild to eat for supper before the football game. I did help myself to a bite of each, just to see what they tasted like – purely for the sake of research – and then found myself liking the taste of the stew so much that I had a second spoonful, prompting my daughter to bellow “Hey! That’s enough! You said that’s mine!” 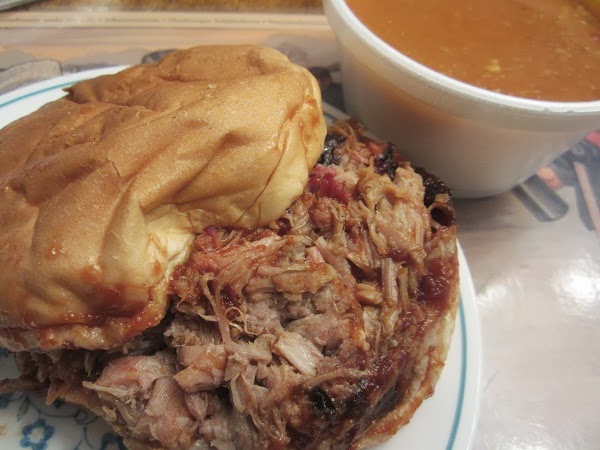 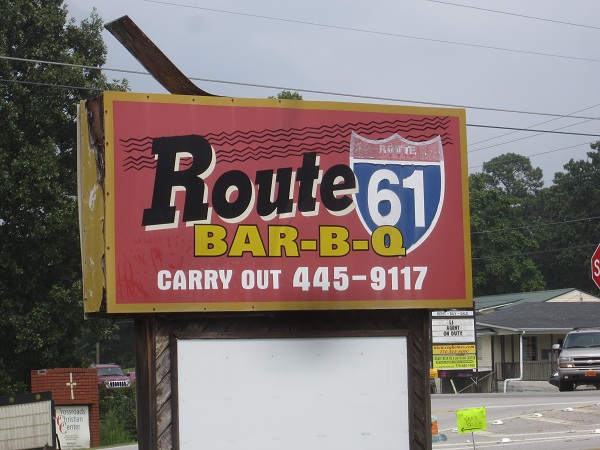 Curiously, this Brunswick stew was really tasty despite the hidden presence of that most unwelcome of ingredients, potatoes. My daughter and I disagree sharply on this point. She likes potatoes in stew, and I find them a wholly unnecessary extender. I blame the child’s mother, who was born in Boise, Maryland or some place*.

At first glance, Route 61 also appears to be in a gas station, but appearances are very deceiving. The convenience store for the pumps is actually a small front that is separated from what turns out to be a quite gigantic restaurant, with seating for dozens. This is a full-service, standard American bar and grill with a deep menu. I arrived during a slow period, did a double-take at the cavernous interior of the place, and took my food to go. This is certainly worth a longer look.

Ah, but then there is Merle’s, which is not worth a longer look. 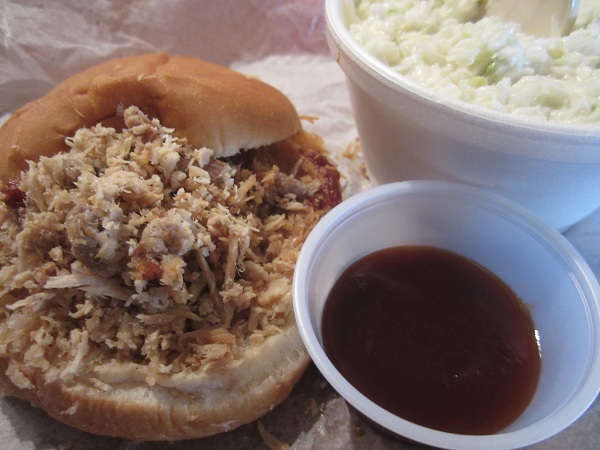 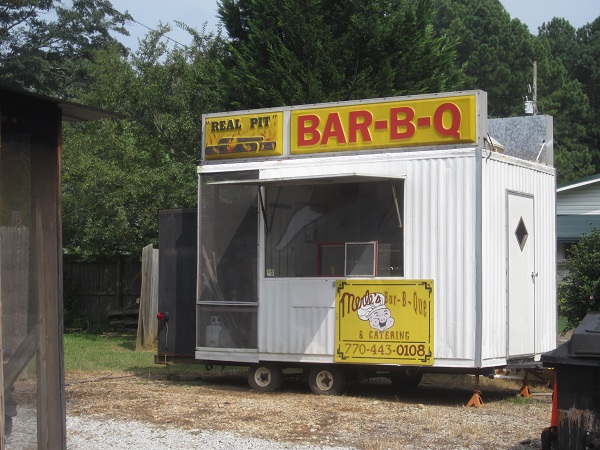 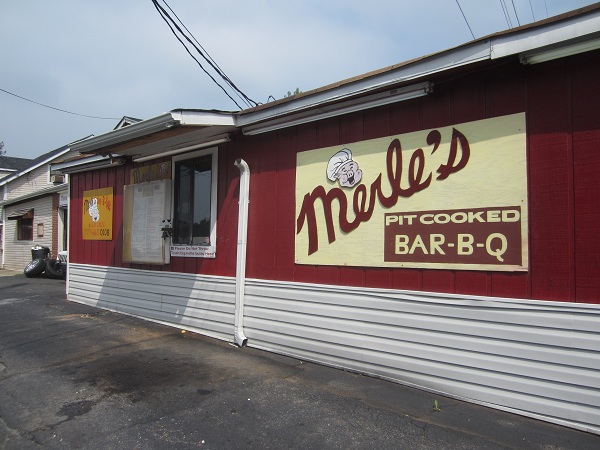 The northernmost of the five stops on this 25-mile leg of GA-61 is Merle’s, which opened in 1996 and which is the only one of these places to also have been visited by Burgers, Barbecue and Everything Else. The interior walls are covered with glossy celebrity photos. John Wayne, lots of Elvis, what appeared to be every one of Bogart’s leading ladies, reproduction concert posters, there’s a lot to look at while somebody in the back is chopping pork to order. Chopping it into sawdust.

Among lovers of Georgia barbecue, you’ll find that there’s an occasional disagreement about whether chopped pork can hold all the flavor that pulled pork does. Ninety times out of a hundred, I’d say yes, but then you find places like this where the meat is so finely chopped that it doesn’t taste like anything anymore. I didn’t care for the creamy, mayo-based slaw, either, but I appreciated that the portion was huge.

Well, you know, any time you visit seven restaurants in a day, mathematically speaking, you’re going to enjoy one of ’em the least. Merle’s came up short on this trip, but I would recommend that anybody traveling from Cobb County to Carrollton stop at one of the other places on the highway.

Wait, did I say seven restaurants? Oh, yes, there are five on GA-61, but the whole point of going to Carrollton was to get something to eat there. And to use their library for some research about the region as well. More about what a fellow can get to eat in that small city in the next chapter…