This is Marie, contributing an article about Tostones Latin Cafe, a Carribean/Latin American style restaurant on Buford Highway. Strictly speaking, tostones are pounded fried plantains. This restaurant tops those with meat (chorizo, chicken, steak, etc.) and other ingredients. We were contrary and didn’t have any.

The girlchild wanted us to make an additional trip for some boba tea down the road later, so she took just a single empanada, although she scorned the aji sauce that came with it (Grant scooped that up once he realized she was neglecting it). Grant took a chorizo arepa, I got the avocado salad, and the baby got something he’s never seen before and which caused his eyes to bug out in awe: salchipapas. That is a basket of fries and fried, sliced, salty hot dogs. He was the happiest with his meal of all of us, though the rest of the fare was tasty enough. 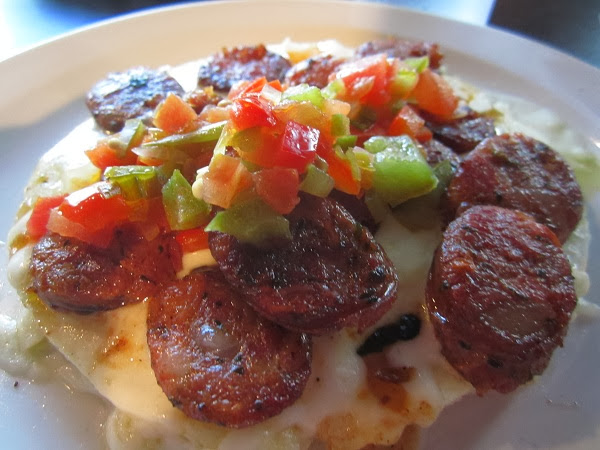 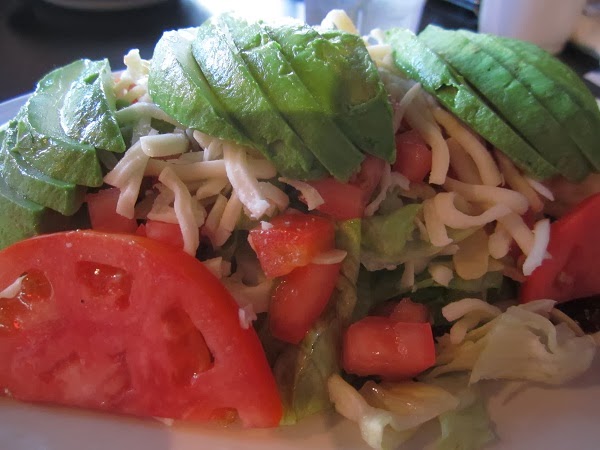 The server brought out a couple of sample cups of their juices when I dithered over it; she probably makes a lot of sales that way. The baby snarfed up the samples and I barely had a chance to sip them first to make sure they weren’t too sugary. Not bad and definitely not your grandma’s orange juice. The baby decided that he wanted the blackberry juice, and said “red” to identify it. The server walked away and he started saying “orange? orange?” instead. 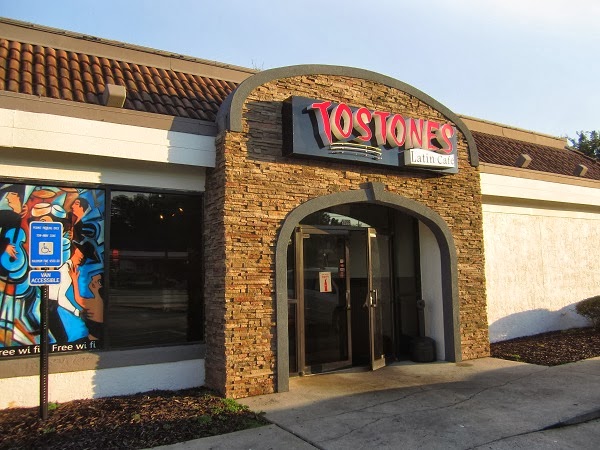 I was fairly pleased with my salad, as the avocado was perfectly ripe and the almond and dried cranberries were tasty. The place wasn’t especially busy when we wandered in, but there is probably more activity when there are major games on – the place has at least four televisions and isn’t much bigger than your average Taco Bell, which it was for many years. It was later a restaurant called Alvarados, and then this place opened in September of last year. They were very sweet and changed one of the TVs showing football to a channel showing college football, so Grant could enjoy suffering while he watched teams lose games they shouldn’t. (This was that remarkable day where Georgia, South Carolina, Texas A&M, and LSU all got upset. Amazing. — grant) The girlchild mainly enjoyed the free wifi, though she was suddenly struck mute with shyness and we had to ask for the password for her! The toddler actually was so overwhelmed with the size of his portion that he offered several fries to the rest of us. That doesn’t happen very often. He did, however, eat half the avocado off my salad, and a good bit of the cheese as well.

Overall, it’s a perfectly acceptable neighborhood-type restaurant. If you want to watch sports or have someone in the family who REALLY LIKES hot dogs, come on by. The salchipapas are available as an appetizer as well as on the children’s menu.

Other blog posts about Tostones: