I’ll cut straight to the point: Jiyeon Lee and Cody Taylor have opened another restaurant called Sobban, and, like their first, the mighty Heirloom Market Bar-B-Que, they are serving very good food that has a huge crowd of curious and impatient diners in far too small a space. I was mostly very pleased with our experience, but then again, I seem to tolerate the October cold better than some do. 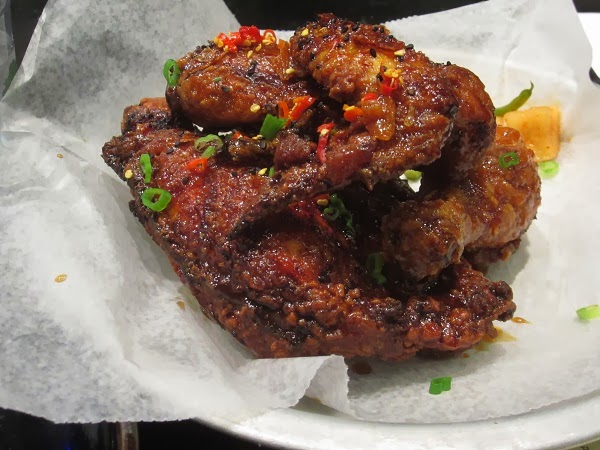 Two weeks ago, Marie and I joined Adam and Emily from Spatialdrift for a much-anticipated dinner here. I was expecting great things, as I firmly believe that Taylor and Lee are smoking the best barbecue in the city at Heirloom Market, and believed that their new project, termed a “Korean Southern Diner,” was going to be every bit as tasty, and it is. The fabulous kimchi slaw at Heirloom Market points the way toward what you may expect here. There is excellent fried chicken served with a tangy ginger glaze and seasonings, braised cod with a mildly spicy sauce, and traditional bibimbap. 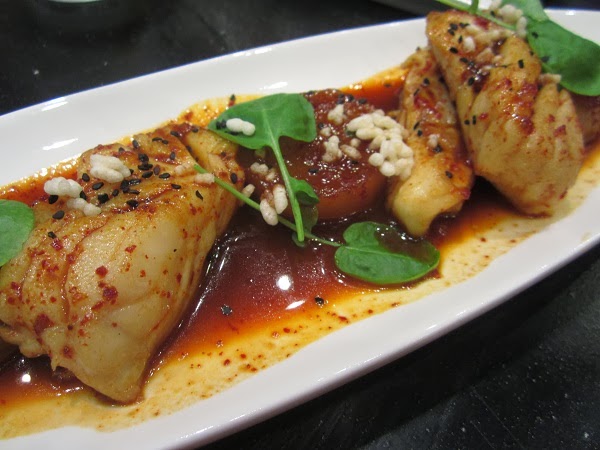 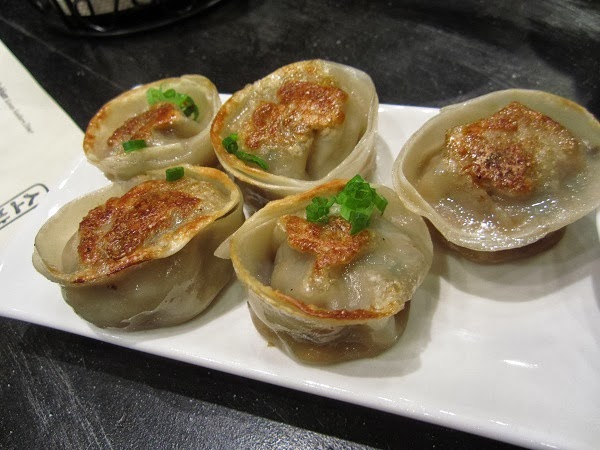 I was most interested by the very first thing listed on the menu, the Gogi Goon Mandu appetizer, dumplings with ground beef and mushrooms. They were wonderful. Adam and Emily shared their deviled eggs, made with the requisite imported spices, and they were wonderful, too. Everything tasted completely terrific, and we were not disappointed in the food at all.

Marie decided that, instead of dessert, she was going to try one of Sobban’s teas. They seem to rotate around a few different recipes, and the one that Marie picked was a cinnamon ginger tea. Our friends shared a big sundae with green tea ice cream and all sorts of toppings, with a single stick of Pocky poking out from the top. I was satisfied with my bowl of kimchi rice. 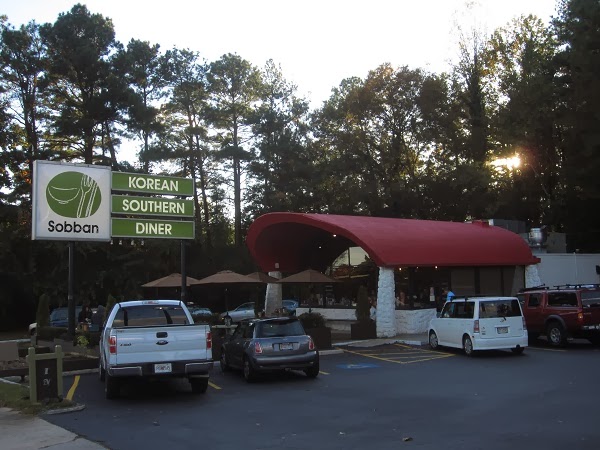 The down side is simply the size. Sobban is located on Clairmont in a site that was constructed in 1969 as an Arby’s, during their early “covered (or Conestoga) wagon” shape days. (See Roadside Architecture for great photos of lots of these buildings, either as Arby’s or as some pretty amazing “not fooling anybody” conversions.) It spent most of its recent years as the home of Athens Pizza House, which closed in 2010. For about a year and a half, it was the home of Kitsch’n 155, which shuttered in March of this year. This is far too small a space for a concept so good and so popular.

Should the owners read this, I would strongly encourage them to move the host stand outside, and let people wait in a line there. With the door constantly, constantly opening and closing with people popping their heads in and crunching up in some of the available floor space to wait for their names to be called. the interior is uncomfortably cramped and cold. I didn’t end up minding that the chairs have such broad backs that your coat is bound to fall to the floor, because my jacket ended up in the always-chilled Marie’s lap anyway. Marie and Emily both dined with their jackets on. Maybe in the summer this wouldn’t be an issue, but it’s about to get worse before it gets better.

Other blog posts about Sobban: