Our friends Vincent and Helen were on a diet. They were cutting carbs for a few weeks, and suggested that if we were to get together for a meal, then lunch might be a better idea for them. That way, if I were to tempt them into falling off the wagon, they could spend the afternoon exercising and eat a very sensible, small supper. The very idea. Me, an innocent lamb, persuading people to indulge. Tsk.

Marie had to work, so the children and I met them at the Chinatown Mall in Chamblee. This is a place that does exactly what the name suggests, although the changing demographics of Chamblee are slowly making the place a little more worldly than when it opened in the 1980s. It is said that back then, the vendors and the customers were exclusively Chinese. These days, Chamblee has a much larger Spanish-speaking population than it did twenty-five years ago, plus you’ve got all these curious English-speakers like us looking for more authentic eats than what we’d get at the Golden-This-Happy-That buffets in the ‘burbs. To hear old-timers tell it, back in the day, the restaurants in the mall’s food court only had their menus printed in the native languages of the owners. Today, they all accommodate diners with big binders full of photographs and descriptions in English and Spanish.

The food court has space for eight restaurants. At the time of writing, there are six open. We got a few dishes from two of them, the popular Chong Qing Hot Pot and the even more popular Hong Kong BBQ. 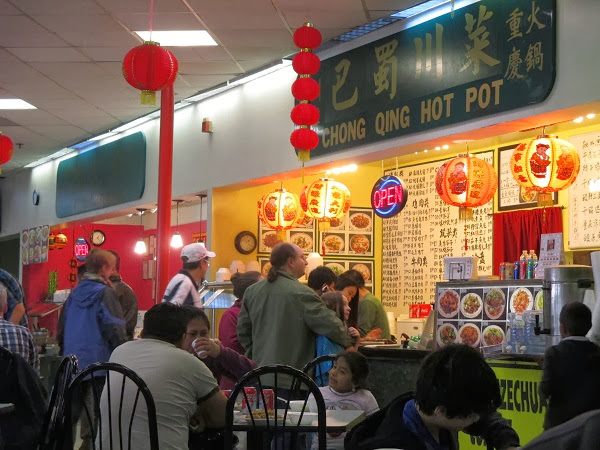 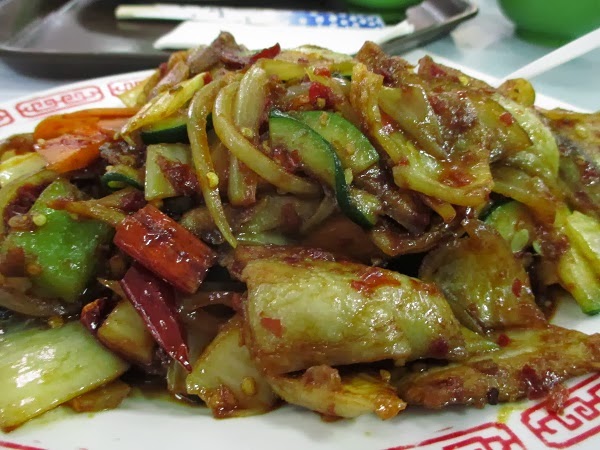 Unfortunately, I didn’t enjoy the dish from Chong Qing nearly as much as what we got from the barbecue place. Chong Qing opened in 2000. It’s owned by a musician named Liang He, who, to hear it told, made an leap of faith and opportunity when the large classical music troupe that employed him was touring the US and he found a way to stay here. It’s a neat story, and his restaurant has quite a few admirers, both in the hobbyist market and in all the locals who love his food.

I ordered the twice cooked pork, and thought that it had a really great flavor, but this was the chewiest rendition of this meal that I’ve ever had. I ended up having just a little of this dish, and gave most of it to our friends to take home with them. We’d collected plenty of other really good things from Hong Kong BBQ to try, and those had all our attention at the table. 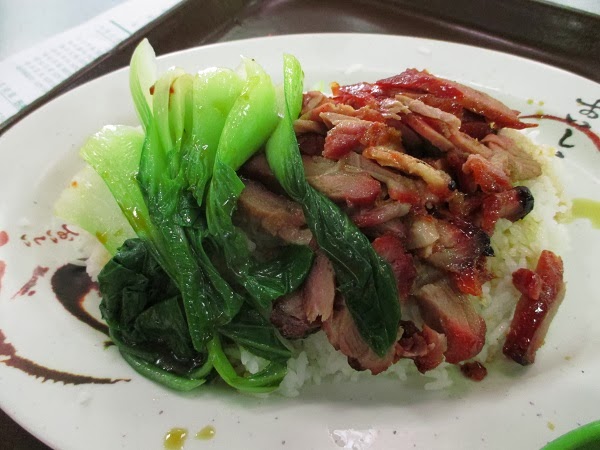 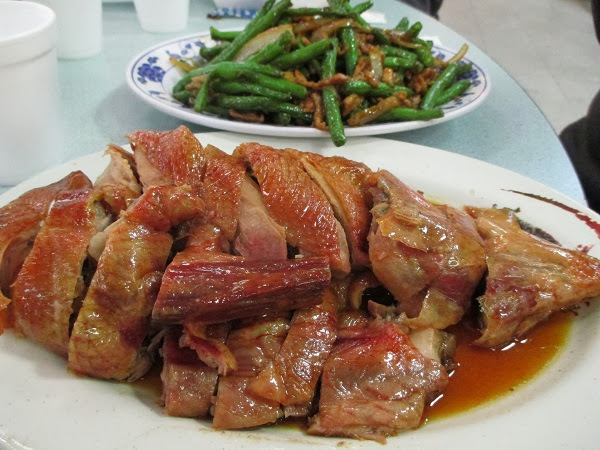 I read that the “must try” dish here is roast pork on rice. It is excellent, perfectly cooked, tender and succulent, and an absolute steal at only $5.89. I’ve enjoyed a similar Chinese-style “barbecue” meal from Ming’s, and that was pretty good, but this the best version of it that I’ve tried.

We also passed around some roast duck and a terrific plate of string beans with minced pork. Man alive, this is easily some of the best Chinese food in the city. The curious part of me wants to sample the other stands in this food court (they include China Kitchen, Lan Zhou Noodles, Yanmi Yanmi, and Top One), but Hong Kong BBQ is so darned good that I’d be happy just working my way down that menu.

Having said that, there’s a little garden right outside the food court with a koi pond, and after we ate, the toddler squealed and stomped his feet and ran around pointing at the fish for the better part of half an hour while we talked. I reckon, after we have lunch again, we could just let him do that for three or four hours one day and then go back in for supper. That’d give us reason to try a different restaurant, right?

Other blog posts about restaurants in the Chinatown Mall Food Court: