Here’s a neat case of a very good restaurant that is continuing to evolve and turn out some terrific food even though it’s almost thirty years old. In the case of barbecue in the middle of nowhere, we desire stability and structure, figuring out the right way to do something and never, ever changing. Fine dining in a busy metropolis with high-end competition on every corner? That’s a different story. Evolve or be abandoned for the next trendy place, that’s the world where Veni Vidi Vici operates.

When we visited this Atlanta landmark back in late 2012, we had a very good meal that we mostly enjoyed, but we seemed to catch the restaurant as it was shaking through an identity crisis. Executive Chef Jamie Adams had assembled a killer menu with lots of authentic Italian dishes, but the restaurant seemed to be relying on the same guests who had been with them for ages. It’s so remarkably 1980s that I kept one eye on the door waiting for Rob Lowe and a couple of teenage hairdressers to ask for a table. Something needed to force this restaurant to evolve, and that force was fire.

This past summer, a kitchen fire destroyed the rotisserie grill that had been used to roast almost all of the restaurant’s meats. Rather than recreate it, the owners at Buckhead Life Group consulted with Chef Jamie and they took the opportunity to build a new menu with a very strong emphasis on seafood dishes. Some of the old pasta favorites are still present and correct – if this place ever retires the chicken and duck ravioli, there’ll be a riot on 14th Street – but the focus now is on fresh fish. One late substitution for our meal was a buttery sablefish in place of mahi. It was heavenly. 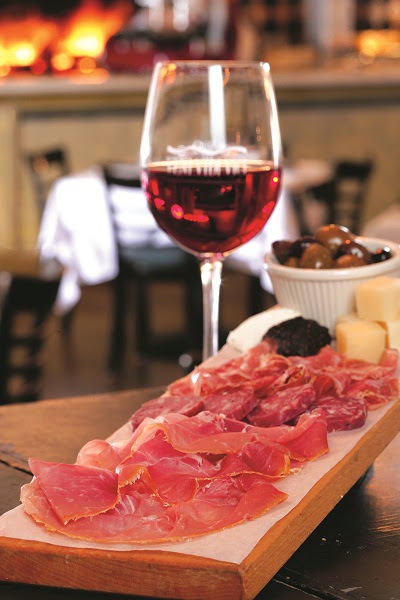 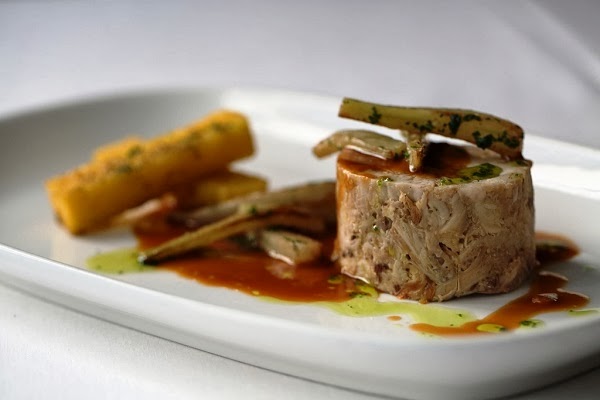 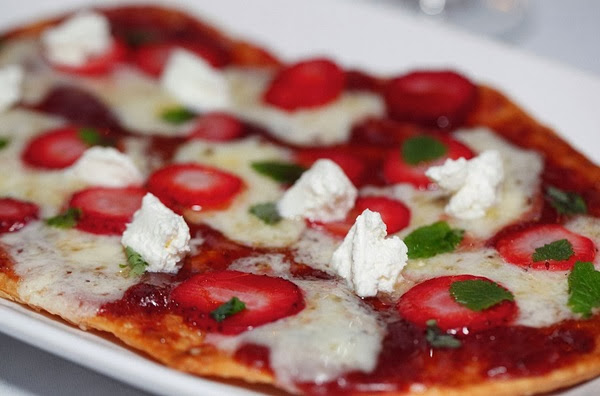 I joined a quite remarkably large mob of bloggers and new media types, including several from the resurrected Atlanta Food Bloggers Alliance, for this showcase of the new menu. The lighting in Veni Vidi Vici is low and challenging for our guerrilla tactics and low-priced Canons, so they kindly provided a press kit full of proper pictures by Sara Hanna Photography. Not everything was highlighted in the kit, and the notes that I typed away proved a little less than helpful in the cold light of morning, but basically, we all got to sample a few bites of several different appetizers, pastas, and about nine different entrees.

Several of the people at my table were raving about the clams, calling them among the best they’d ever had. I found myself quite envious of everybody who doesn’t have a shellfish allergy like I do. I had to console myself with some delicious sliced salami and Asiago cheese from the celebrated “VVV Board,” as well as some fabulous meatballs made from a blend of rabbit, turkey, beef and duck.

Some of my other favorites from among the stream of samples flowing to our tables include an excellent butternut squash tortelli in a very gentle tomato sauce, the sablefish, the the even better, delicious baccala, and a deceptively simple Pollo alla Romana. It’s nothing more than a breaded chicken breast with roasted peppers and tomatoes, but it’s cooked so perfectly and is so moist and juicy that I didn’t want to share with anybody else at the table. Perhaps it was just the wine talking – a couple of glasses of “biodynamic” (truly organic) 2009 Querciabella Chianti had me in a really nice mood – but darned if I didn’t want to take every bit of that chicken home. 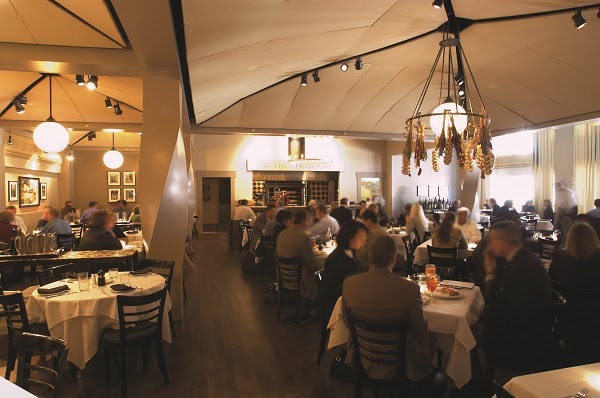 I reserve the right to mock the restaurant’s totally tubular Valley Girl logos and signage, but if you can get past that, then you’ll find a very nice and very modern evening out. Sometimes it takes something as drastic as fire to spark the major changes needed to keep living.