One Sunday evening last month, a small gang of us bloggers got together to enjoy each other’s company and talk a little shop, speak of excellent meals, and joke about silly PR stunts. Atlanta etc., Atlanta Restaurant Blog, Burgers, Barbecue and Everything Else, The Food and Me, Food Near Snellville, and Friday Date Night all joined us as we munched on some really good tacos.

The evening was dampened ever so slightly by communication difficulties caused by the most infernally terrible loud music you’ve ever heard. Our server – who was completely terrific and extra-accommodating for our large party – was unable to break down the manager’s door and turn down that racket so that people on opposite ends of the table could hear each other. I advised her to lead with her foot and not her shoulder, but it turns out it was more of an “unable to risk losing her job” rather than an “unable to physically break down the door.” So we were stuck with the Worst of the Eighties, all that Phil Collins and Milli Vanilli I tuned out when I learned there was better music on the left of the dial. Isn’t Arista Records still supposed to pay us a royalty when the public is forced to listen to “Girl You Know it’s True”? I think there was a class action lawsuit. We’re all owed a nickel. 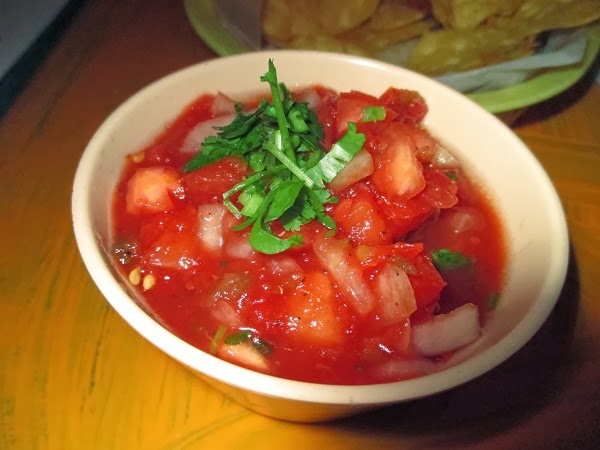 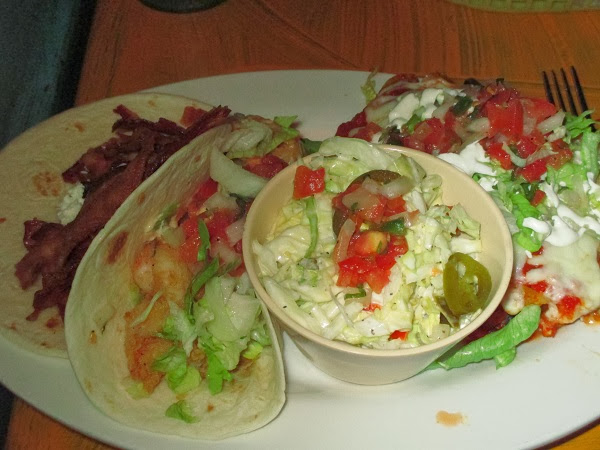 Teela opened in 2009. It’s in the City Walk shopping center, next door to Arte Antoniades and Nik Panagopoulos’s other restaurant, Tin Can Fish House. It’s what we might call modern American Mexican, more along the lines of Taqueria del Sol and Verde here in town, TacoLu in Jacksonville, or White Duck in Asheville. They have six different tacos on their three dollar menu, the most popular of which is their Holy Mole Chicken, and ten different tacos on their four dollar menu, the most popular of which is the Bang Bang Shrimp. They also have a different daily special. This time out, they offered chicken, spinach and cheese, which is one of Marie’s most popular combinations of ingredients in a flour tortilla. 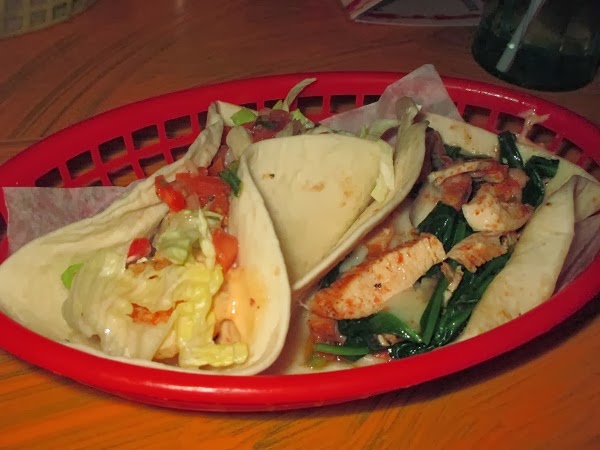 I think that opinions around the table ranged from very pleased to mildly disappointed. I thought that the tacos were terrific, and really liked the dusting of spices that they give the chips before serving them. Incidentally, the “best bang for your buck,” as the server calls it, is the Platter for Two. If $4 tacos seem a bit steep to you, as does the thought of paying $2.75 for chips and salsa, then for only $12, you can get two tacos, chips and salsa, two enchiladas, and a side. That is more than enough food for any one person, even if the enchiladas seem a little ordinary and dull compared to the fun and flavorful tacos. One of mine was the Chorizo taco, which comes with sausage, dates, feta cheese and bacon.

One platter and two extra tacos and our tab for two was only $21, and that’s a steal. Of course, we drank water and not the pitchers of beer or glass-after-glass of cocktails that many people here want to order while listening to blisteringly loud Whitney Houston and the Beverly Hills Cop theme. Hopefully, the next time we get a group together, we’ll visit a place that’s a little bit quieter.

If you’re only reading these chapters, then you are missing part of the story! We have a fantastic Facebook page, where you’ll be able to follow along with much more than just links to chapters here, but additional information about our favorite places, including PR announcements, links when our friends-in-blogging visit them, and other follow-up news about the places we’ve been when we can find it. Give us a like, and tell your friends to come see us!