Recently, the local PR team for La Tagliatella reached out to us to see whether we’d like to give one of this very large chain’s two Atlanta stores a try. We were certainly aware of the company’s entrance into this market in 2013, but never found time to visit. Atlanta, after all, has lots and lots of restaurants. I was curious about the chain, and, looking around, see that not too many other local writers have visited. Is it because, in Europe, La Tagliatella is a huge chain? Would bloggers in England balk if somebody opened an Olive Garden there?

Atlanta was the first American city that the company moved into, and there had been two stores, one in midtown and the one in the Emory Point development we tried, but the midtown restaurant has since closed. Four other locations have opened in the last twelve months: one each in Miami and Charlotte, and two around Washington DC. Most of the other 130-plus stores are in Spain, France, and India. Today, it’s owned by a Polish corporation called AmRest, which is a big franchisee of Burger King and KFC stores in Europe. La Tagliatella was first developed in 1991 by a Spanish company called Restauravia. AmRest bought them out three years ago, picking up 120 La Tagliatellas and 30 more KFCs for their portfolio.

The more I read about La Tagliatella, the more interested I became. Any large or medium-sized “Italian” chain in this country – Olive Garden, of course, or Ippolito’s, Macaroni Grill, or so on – has a menu influenced by the New York-style Italian recipes of the 1930s and 1940s that came to mean Italian cuisine to everybody in the US. I wondered what an Italian chain would look like without the influence of lots of pepperoni, buckets of marinara sauce, and a Frank Sinatra soundtrack. 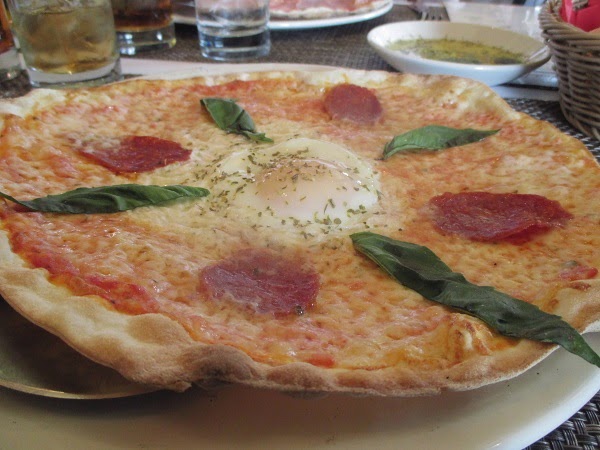 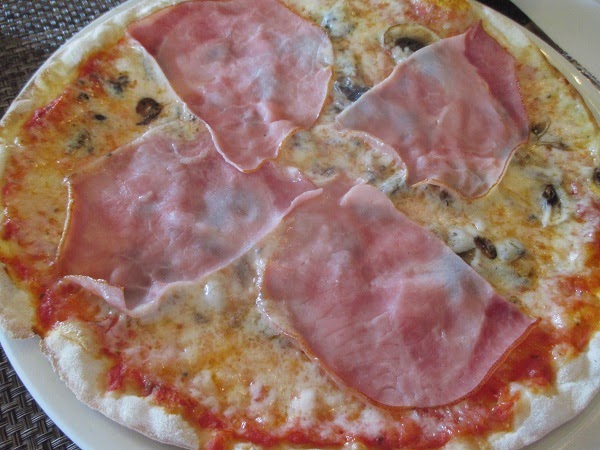 Marie and I arrived just after 2 pm on a Friday. The restaurant was quiet and not particularly busy, hosting a couple of larger groups and some late business lunches. The design, mercifully, is utterly unlike the Six Flags Over Tuscany nonsense of American chains. I like the deep, rich reds and the woodwork. It looks like the Orient Express inside.

They make pizzas a lot closer to what we’ve been able to identify in more recent years as Neapolitan-style than big sloppy New York-style. They’re not true Neapolitan, with all the checked boxes about the flour and breed of tomatoes and the number of hours each herb faces the sun every day before use – those Neapolitan snobs outdo everybody else in foodie-land with their snobbery, they do – but they’re closer to what we’ve learned is a original Italian pizza than not.

We ordered two, a Salume (chorizo dressed with a fresh cracked egg and oregano) and a Garda (ham and mushrooms). The minimalist use of toppings meant that the pizzas stood or fell on the strength of the crust and sauce, and, happily, we enjoyed them. I really like the crackle of a thin, crispy crust. I wouldn’t swear that either were standout pies, but they were perfectly fine. 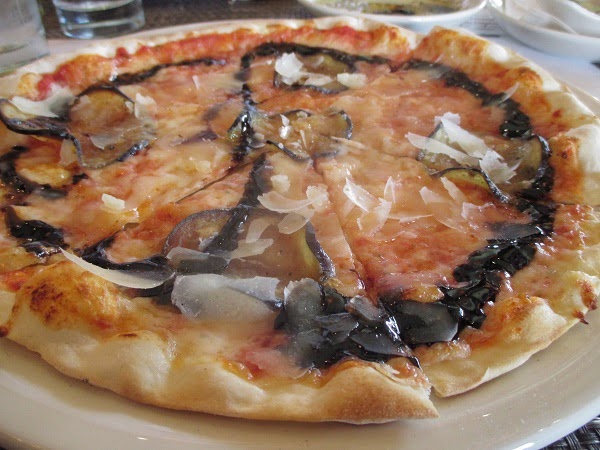 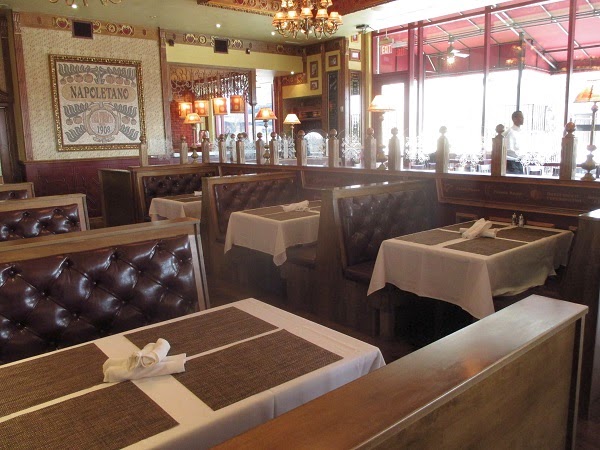 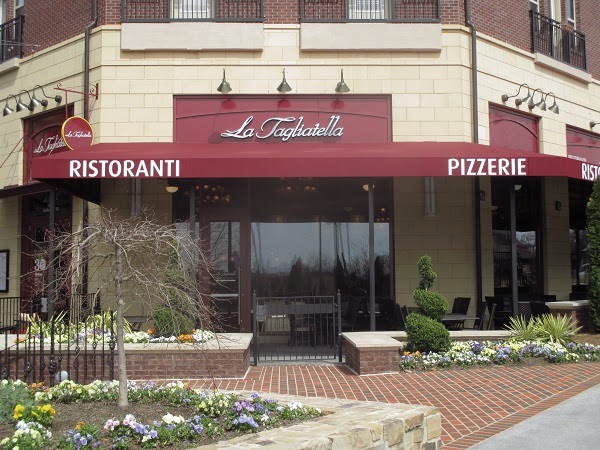 Then we were given a third pie, which really was a standout. The Tagliatella comes with fried eggplant and shavings of Parmigiano-Reggiano, with drizzles of honey and aceto balsamic vinegar. It’s terrific. Marie and I did not think that we would particularly care for a sweet pizza, but this was a really pleasant surprise. The vinegar on this pie, incidentally, is not the same as the balsamic that they bring to the table along with bread and olive oil. This is sweet and sublime and I’m curious to try similar concoctions on other pizzas. Who else in town does this?

We left with quite a lot of pizza to take home – two pies were a bit much for us, the third, while magnificent, didn’t get close to the attention it deserved – and left pleased. We don’t often visit chains of this size, but I’m glad we agreed to pop into this one. We learned a little bit and we had a preconceived notion about sweet pizza kicked in the head. It was an interesting and tasty little experience, really.