The whole reason behind our sharing our love of food with you good readers is to celebrate differences and highlight places that just refuse to follow the directives of some corporation five states away from where you’re eating. We love to talk about regional specialties, and things that are important precisely because you can’t get them anywhere else.

With that in mind, I drove to Gastonia, where you can find a barbecue sandwich utterly unlike any you have ever had before. I count this as our 277th barbecue joint, and it is, without question, the weirdest of them. My friends, if you want a meal that you just can’t get anywhere else, you need to come to R.O.’s Bar-B-Q in Gastonia and try this strangely beautiful sandwich.

At R.O.’s, you get to experience a branch of evolution that nature did not take. Robert Osy Black opened the place in 1946 and it is run today by a grandson. The barbecue on the sandwich is served sliced, and, unless you specify, it comes presauced with slaw. No, I don’t mean that the meat is presauced with barbecue sauce and then some slaw is added atop it. I mean that the slaw is the sauce. 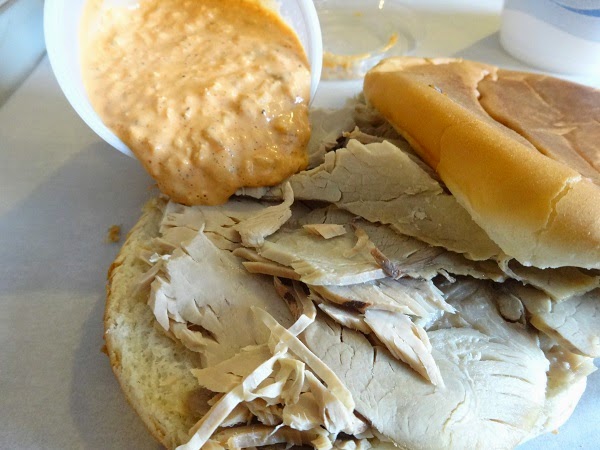 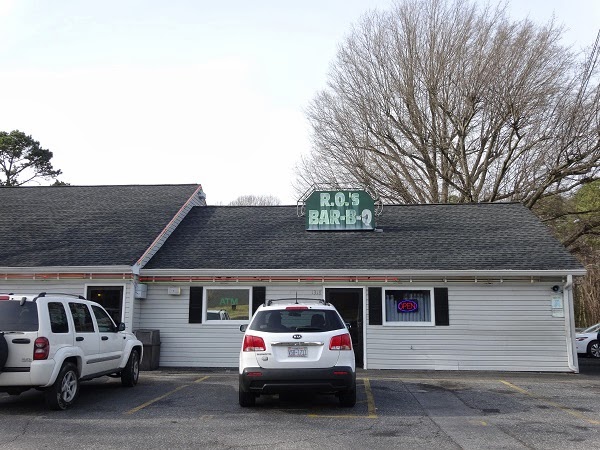 If you ever wondered what slaw would taste like if you made it with Guthrie’s chicken finger sauce instead of mayo and vinegar, R.O.’s had already figured that out before there ever was a Guthrie’s. It’s a thick, goopy, pink and it’s not miles away from Thousand Island dressing with a little bit of cabbage in it. Locals enjoy it as a dip for hushpuppies, fries, saltines, hamburgers, or by the spoonful. They’re probably also secretly enjoying the looks on the faces of tourists who’ve read about this weird stuff and come in to try it.

Did I like it? Well, I liked that I tried it, that’s for certain. I liked that a whole lot. But this wasn’t a “yep, I’ve tried it, I can go now” situation, as I experienced when I finally had a slugburger last year. I didn’t think this would be to my liking, but I did keep eating it. It’s very oddly appealing and not a little addictive.

I do wish that they’d pay as much attention to the barbecue as they do their slaw. They use hams, and they’re roasted in an indoor gas oven and the meat is served sliced on the sandwich unless guests ask for it minced instead. The result is certainly edible, but it’s more like deli meat than what you’re likely to think of as barbecue. Similar sliced hams can be found at Couch’s in Ooltewah TN and The Original Ridgewood Barbecue in Bluff CIty TN, but those are more traditionally smoked. Other than that, I don’t believe I’ve run into the style before. It is also used at another old Gastonia joint, Black’s Barbecue, which apparently also offers a similar slaw.

Black’s was referenced in passing by both Michael Stern from Roadfood and John T. Edge in Southern Belly within their larger stories on the better-known R.O.’s. Championing the underdog like I do, I probably should have picked Black’s. The next time I’m driving through Gastonia, I might give Black’s a try, but I am more likely to return to Kyle Fletcher’s, a somewhat more traditional place that I visited with my kids in 2006 whose dining room is packed with UNC Tarheel memorabilia. We’ll see what I’m in the mood for when the time comes.