There are seven surviving Shrimp Boat / Boats restaurants from that chain that have continued since it folded into the present day. Previously, this blog has focused pretty exclusively on the two remaining from the 1969 period, as those are in the buildings that appealed to my sense of old restaurant architecture. But the other five shouldn’t be dismissed. They’re all part of one large and fascinating story.

To recap, seven independent stores survive from the Macon-based chain that was originally called The Shrimp Boat in the 1950s and reincorporated as Shrimp Boats in 1969. At that time, the existing stores were given new signage, as seen at this location in Gastonia, that use the old name, without the “S.” The new stores were called Shrimp Boats with an “S.” This rather flies in the face of contemporary thought about brand identity.

Rome GA and Gastonia NC are home to two of the five pre-’69 stores. Three others are quietly doing business in South Carolina: two in Rock Hill and one in nearby Lancaster. I hope to visit those one day. 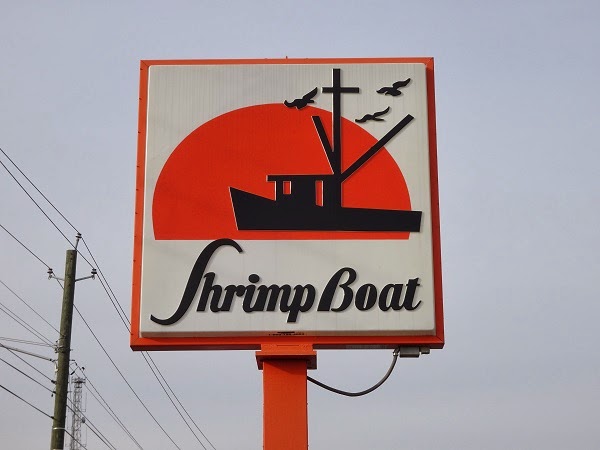 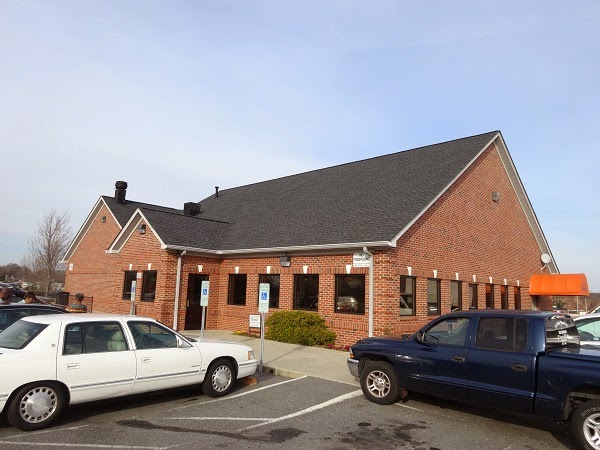 Last month, I spoke with Ken Lumbley at the Gastonia store, and he was happy to share some of what he could about the local place’s history.

It was opened in 1962 by Bill Long, a Navy veteran, and, as I expected, it was in one of the large trailer-constructs that I’ve seen reference to in older reminiscences about the restaurant. This particular trailer was towed to a site on the south side of Gastonia’s downtown. US-321 is split into separate southbound and northbound lanes on either side of US-74, with the southbound side called Chester Street and the northbound York. The Shrimp Boat was “docked” at the elbow where York and Chester merge. A modern Pizza Hut sits on that property today. A color photo of the 1962 trailer – the first color photo that I’ve ever seen – is framed on the wall of the Shrimp Boat today. A terrible photo of the photo is below.

Mr. Long passed away in December of last year, at the age of 92. A bit of a reminder that anybody who owned or worked at a Shrimp Boat/s isn’t getting any younger, that. 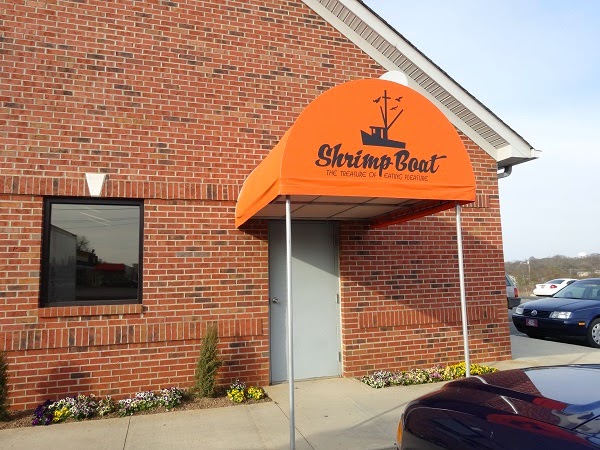 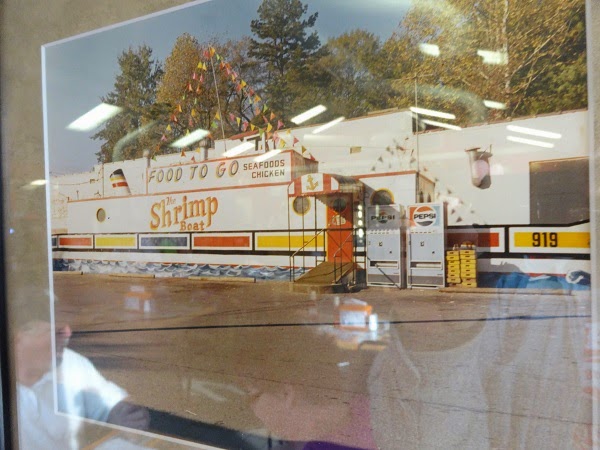 In 1969, when the corporation changed its branding and dumped the trailers, almost all of the existing stores seem to have found new homes in the 1969-style buildings. That was the case with, for example, the Smyrna GA store, which moved about a mile away from its trailer dock on Cherokee to its new home on South Cobb Drive. I was interested to learn that did not quite happen in Gastonia. Mr. Lumbley told me that Mr. Long did move, but into an old Roy Rogers building in 1969. He didn’t believe that the Gastonia Shrimp Boats had ever been in one of the ’69-style buildings.

That’s the first I ever heard of Roy Rogers ever having restaurants this far south, incidentally. Well, there’s something else to learn one day. 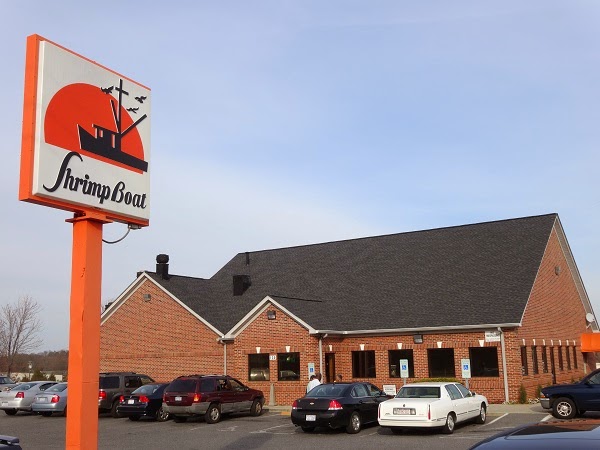 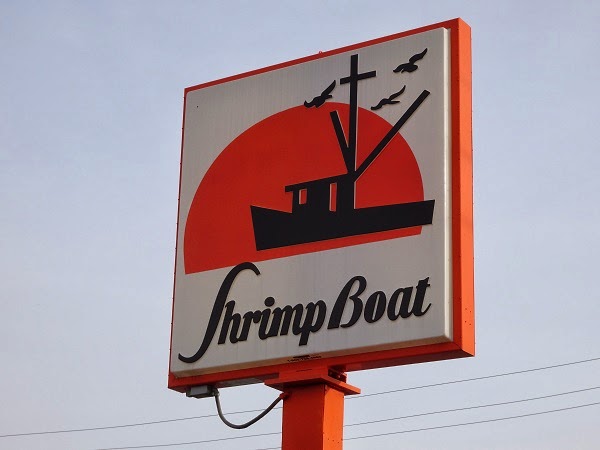 Long stayed at the new location for three more years and then decided he’d earned enough in his decade owning a Shrimp Boat to retire. He sold the business to Carolyn Tidwell in 1972. The Shrimp Boat remained in this home for the next 26 years before relocating to bigger digs. This building that you see in these photos has been Shrimp Boat’s home since December 1 1998.

The exterior isn’t fooling you: this place is a big brick barn of a restaurant. I was there in the early evening that Saturday, and it was about three-quarters full, with a large mob at the counter waiting for their carry-out orders. Even though it evolved over the last forty years in isolation from the Durham store, it seems to have followed a similar path: it is not merely a simple seafood shack, but a much-loved place for meat-and-three meals with an emphasis on fried chicken. Certainly, many of the locals enjoy the fish and the shrimp here, but, as in Durham, the fried chicken is said to be the standout.

Can you help us continue our documentation of Shrimp Boats? This is our third chapter about the chain, following the mammoth overview incorporating the trip to Milledgeville, and the visit to the Durham store. We hope to visit Rome soon, and hope one day to make it to Rock Hill and Lancaster to see those three. If you have any information that we haven’t shared, including photos, menus, personal recollections, or nailed-down locations of any stores that we have not identified, please make sure to get in touch with us! We have a lot more to learn and can’t wait to hear from you!