A couple of months ago, I spent two hours on a Sunday morning driving around some well-worn corridors in Cobb County, taking some photos for Not Fooling Anybody – all of you should do that – and I was reminded that I had been intending to come by on a Sunday and get some more pics of Dupsie’s, a clothing store on South Cobb that had once been a Shrimp Boats. The building was erected in 1970. 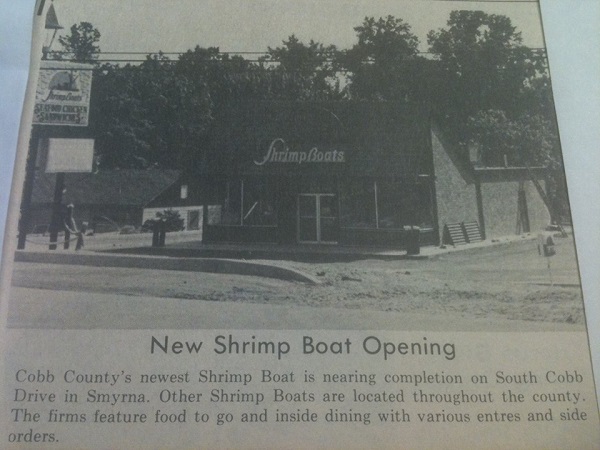 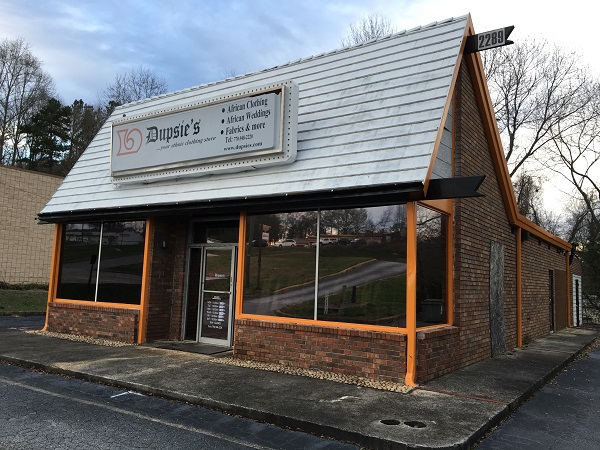 After the Shrimp Boats failed, it remained vacant for a few years before a hi-fi shop called Sound Hound moved in. Sound Hound was here for most of the 1980s, and a barbecue place called Down East was here in the late 1990s. I’m not sure of any other tenants before Dupsie’s moved in. 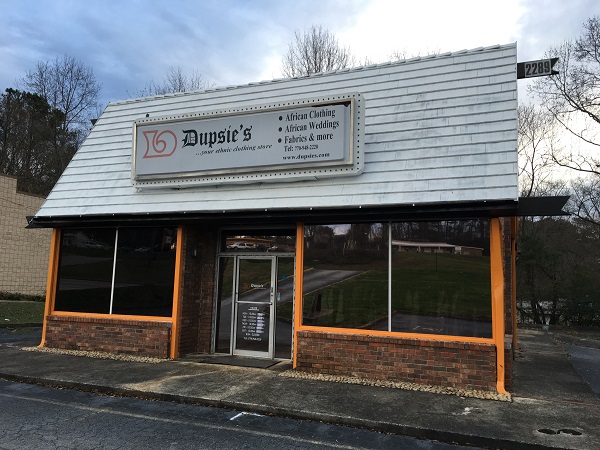 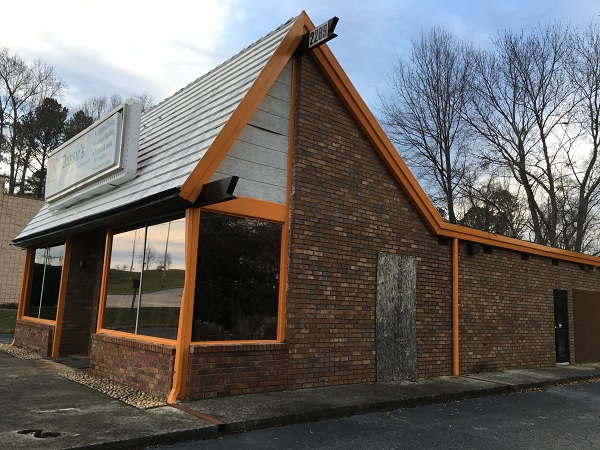 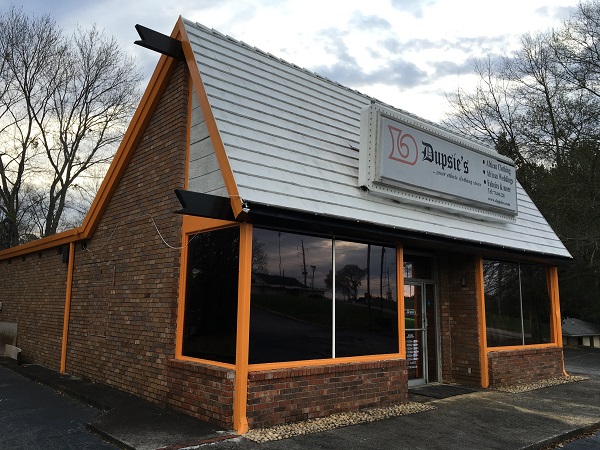 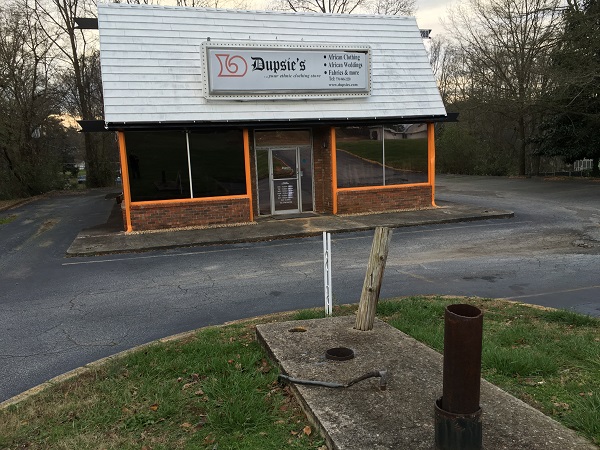 It was a nice day to drive around and take pictures. Kind of a peaceful and pleasant way to spend a couple of hours just after sunrise, really.