A couple of years ago, when I was digging around to find whatever I could about the 1969-74 Shrimp Boats buildings, I would often find addresses, pull them up in Google Maps and see only a vacant lot where one of these cute old buildings used to stand. Every once in a while, though, I’d see a rather old image taken from the camera truck in some region without a heck of a lot of traffic and think “Well, I know that in 2008, at least, the building was still there.”

We pulled into Valdosta for a short detour on the way home from Florida, my fingers crossed that the Shrimp Boats that has been home to Ming’s Chinese Restaurant for more than thirty years hadn’t been pulled down in the years since the Google picture truck drove past it. Happily, the building is still standing, but it certainly looks like it’s about to collapse. 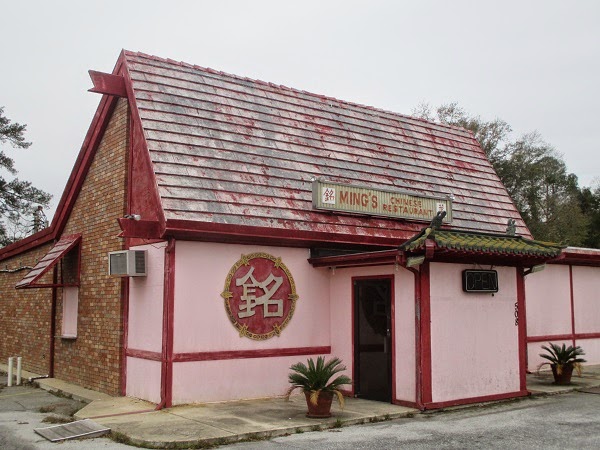 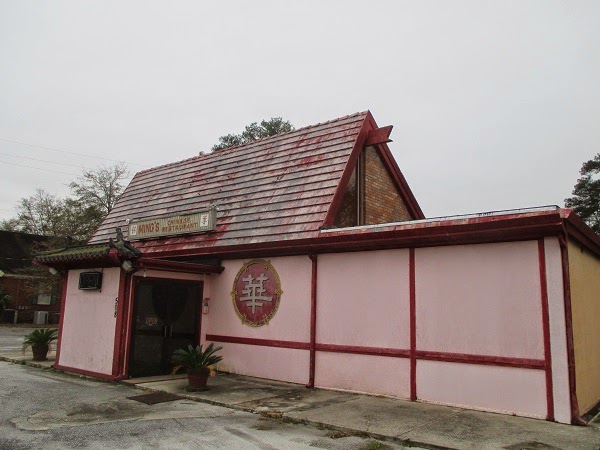 Ming’s is owned by the Lin family, who’ve been serving Chinese-American food here since at least 1983, making this among the longest-lasting restaurants to find a home inside an old Shrimp Boats. Online reviewers at Yelp and at Urbanspoon have suggested that the reason the building is so weatherbeaten is because the children have all gone off to Ivy League schools, and that funds that might have been applied toward refurbishing the structure have gone to tuition instead. Shame about the building, but I understand priorities. 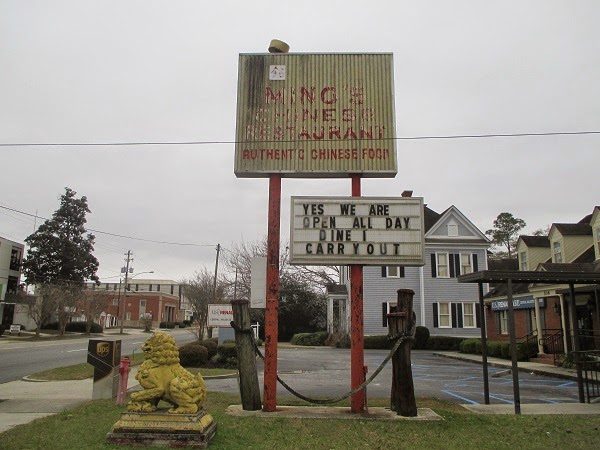 The street sign is among the most intact example that we’ve ever found of the 1969-74 style. It has both the square and rectangle signs. Although the lantern is long gone, it still has both poles, all the pier posts and the thick rope. 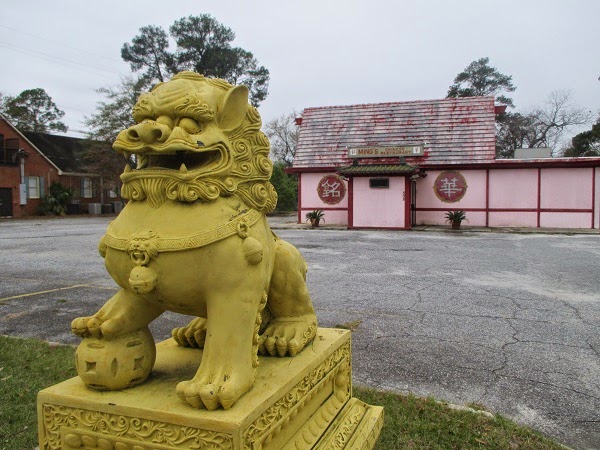 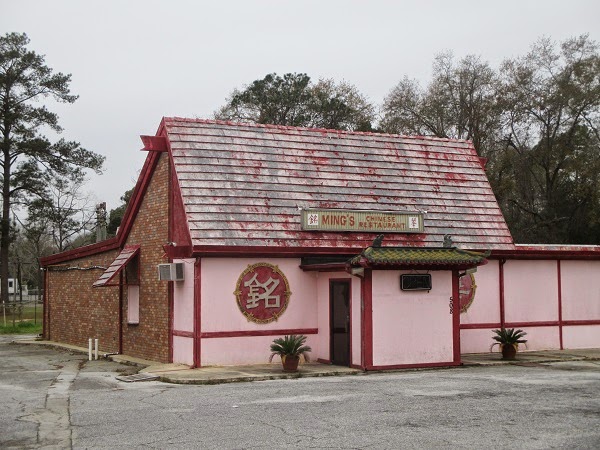 I had planned to get a snack here, but unfortunately it was New Year’s Day and they were closed for the holiday. Actually, I wasn’t peckish at all, but I had loosely mentioned that we’d be visiting a Chinese place on the way home and that the girlchild could actually get some sweet and sour chicken, which isn’t typically on the menu of the more traditional Chinese places on Buford Highway that we’ve been frequenting over the last couple of years. I felt bad that she couldn’t get what she was looking forward to, so we stopped at a Sonic on the way out of town and I bought her a great big ice cream thing instead. I figured that was the least that I could do.