For those of you keeping track of such things (point of order: it’s only those of us who blog who keep track of such things!), Urbanspoon divides each state into “major metros” and then all the spaces in between become their own category. Georgia has ten “major metros” (Atlanta, Savannah, Athens, etc.) and then everyplace else, from Brunswick to Tallulah to Summerville to Thomasville, is all “Urbanspoon Georgia.” For our 100th Urbanspoon Georgia story, I wanted to select something a little bit special to me, so one Saturday last month while Marie had to work, I packed the kids up and we drove an hour northwest to Rome. It’s here that one of the oldest (possibly the very oldest) of the seven remaining Shrimp Boat restaurants is doing business in its second location.

As I saw with the Gastonia store, this is a location that predated the big 1969 expansion of the chain, and its reincorporation from “The Shrimp Boat” to “Shrimp Boats.” However, while a local gentleman named Mack Bolton took charge of the business as its second owner in 1969, the business never moved to one of the 1969-styled buildings, and not only never changed its name, but kept the original signage. 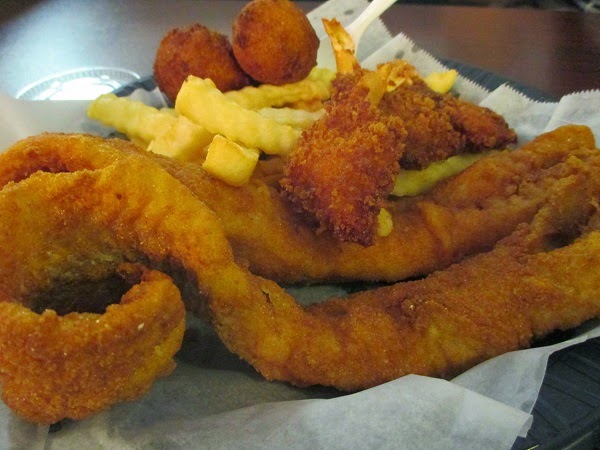 Bolton sold the business to his son-in-law, John Walley, in 1978, and Walley in turn sold it to Kenneth Payne in 1991. The menu here is surprisingly huge. They sell far more than just fried seafood like a Captain D’s might. They have everything from chicken livers to hot dogs to Philly cheesesteaks to a very decent Brunswick stew. 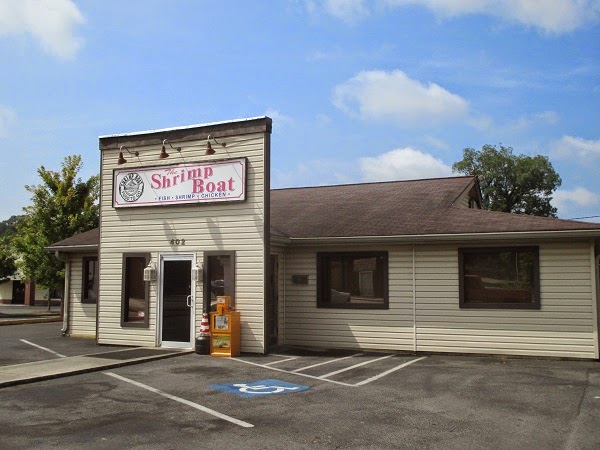 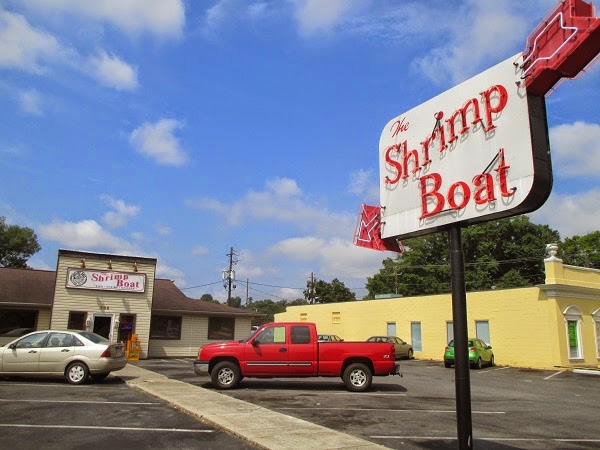 As the menu is surprisingly huge, the prices here are surprisingly high. This is probably due to Payne’s commitment to only use American-sourced seafood; almost all of his competitors in the fast food category, like Long John Silver’s or Captain D’s, keep costs down by buying in bulk from distributors who bring in their food from Asia. I’m not sure what a fish-and-shrimp combo (with fries, slaw, and hushpuppies) costs at one of those places, but it’s $9.49 here. That the Shrimp Boat was able to navigate the recent recession with prices like that speaks to the loyalty that long-time customers have for the place and the friendly employees. After 56 years, it’s still a local landmark.

After we finished lunch, we drove a short hop over to Broad Street, where quite a few locally-owned shops and restaurants seem to be doing pretty good business. Among these is a must-visit for the next time that I am in town with Marie: Partridge Restaurant opened in 1933. Check out this wonderful old sign! I just couldn’t stop taking pictures of it. 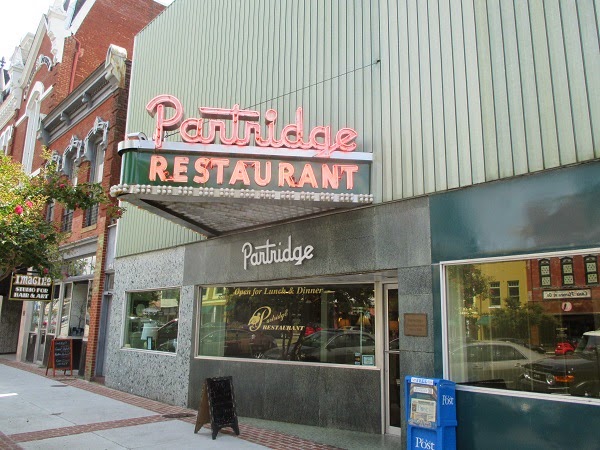 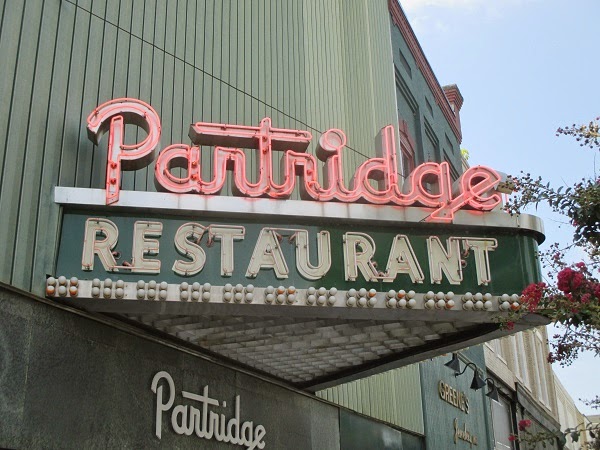 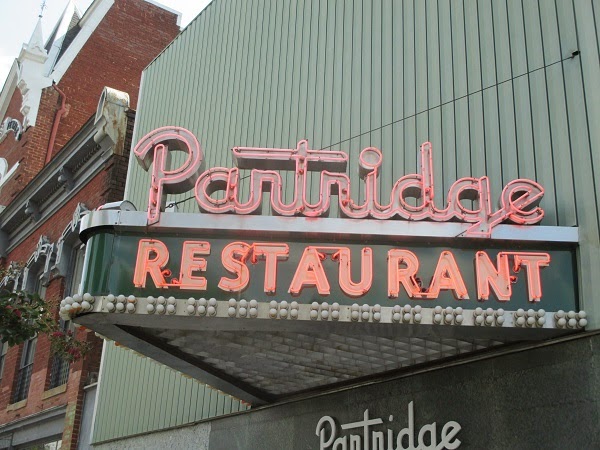 I always figure, when I’m a little ways out of town like this, or when I made a couple of trips to Carrollton last year, that if there are too many places to try on a single visit, it’s best to plan for two. So Partridge is on the “next time” list, along with a couple of barbecue joints. We did visit one of the three ‘cue joints in the area that called out to me – see the next chapter – but the other restaurant within the city limits where we stopped on this visit was the town’s Cook Out.

It’s so interesting to see this North Carolina-based chain make its slow and logic-free expansion into Georgia. At the time of writing, I believe that there are five stores in Georgia, at what seem to be random points around the state, like the owner is throwing darts at a map, blindfolded. This one on Martha Berry Boulevard doesn’t have the half-hour-long drive-through labyrinth that burdens the Atlanta store on Moreland, thus making the wait for strawberry milkshakes and Cheerwine floats for the kids much less of a headache.