After we visited the Shrimp Boat in Lancaster, we got back on track for Rock Hill. We took back roads through Chester County and – no hyperbole – they were the worst paved roads that I’ve ever driven on. For miles. Even the patches had potholes. Once we got to our next destination, I stepped out of my car and was shaking like a cartoon character.

It turned out that the totally separately-owned Shrimp Boat in Lancaster is well known not only to the staff and managers at the Shrimp Boat on Heckle in Rock Hill, but to their customers. One of the guests in the lobby interjected as I spoke to a manager, “That Shrimp Boat in Lancaster doesn’t do nothing right,” but then he raised a finger and caught the manager’s eye and added, “although, you can get a chicken and fish combo there, which y’all don’t do.” But the reason they don’t do that is actually kind of interesting. Although the prices have, naturally, risen over the decades, the menu has deliberately not changed since the two restaurants in town opened in 1964, and they did not offer such a combo then. They continue to use the same recipes as the original Shrimp Boat, fifty years ago, and actually sell their seasoning mix to the Shrimp Boat in Gastonia! 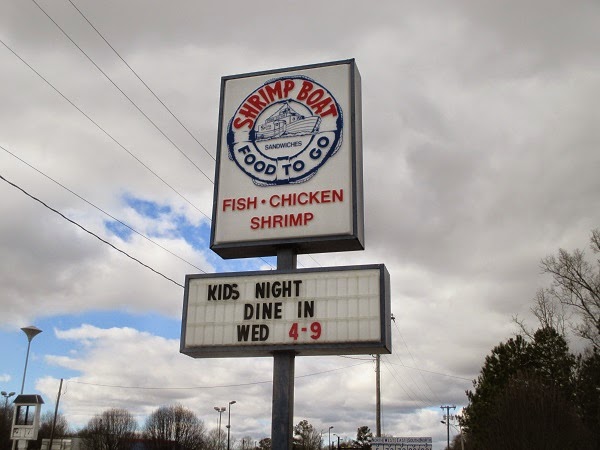 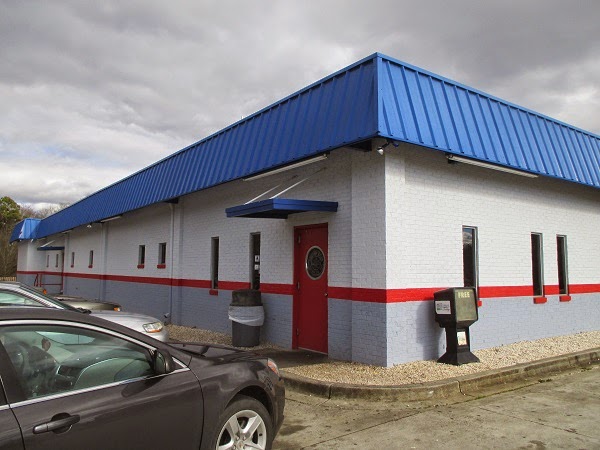 Most of the Shrimp Boat restaurants that opened prior to 1969 were set up as trailers with a foundation built around them, so they looked very much like actual fishing boats. Both of the two Rock Hill stores were these, but they never upgraded to the 1969-era buildings. One of the two fishing boat trailers is said to still be around, towed out to a farmer’s field somewhere. I had to smile when I heard that; it reminded me that for many years after the Kay’s Kastles in Dalton GA closed, its iconic ice cream sign was left in a field somewhere for many years before it was restored for Annie’s Scoop and More, and, later, Ice Castle. I believe that the present buildings were erected in the 1980s. 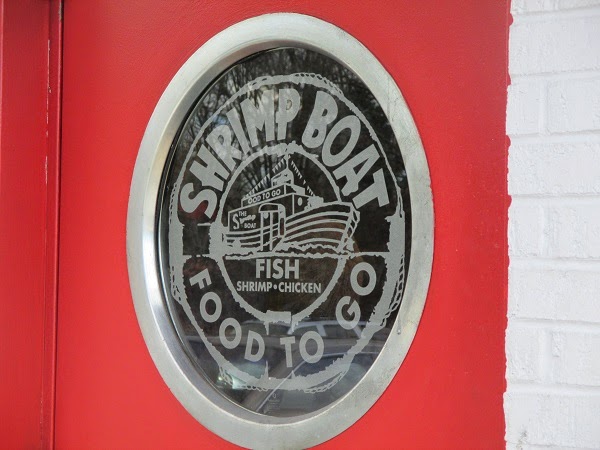 As mentioned in the previous post, each of the seven surviving Shrimp Boats seem to emphasize their chicken over their seafood. I really was curious to try the fish in Rock Hill, but after speaking with the manager at the Heckle Boulevard location, and driving to the almost-identical twin building on Cherry, I was taken by their slogan “Ain’t no chicken like Shrimp Boat chicken” and so I split a two-piece lunch and an order of fried pickles with the girlchild. She had finally awakened as her brother fell asleep, so Marie stayed in the car with him and a book while we visited the Cherry Road store. Now, it may look like a fast food joint inside and out, but there’s a longer-than-fast food wait for meals here while they cook each guest’s food to order. And it is worth it. Wow. 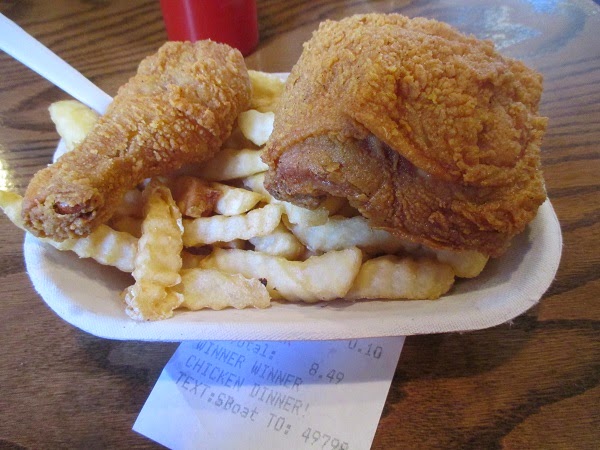 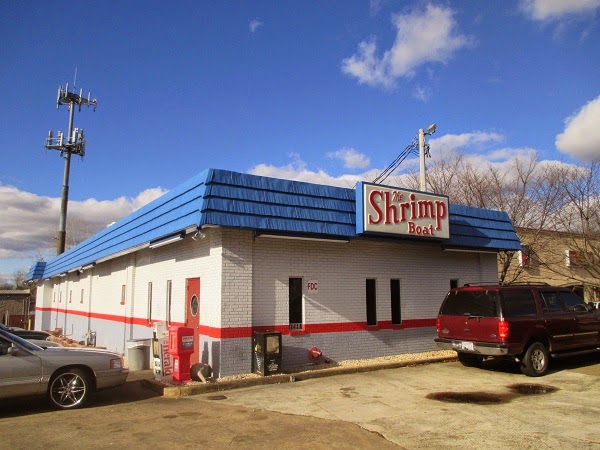 In the previous chapter, I said that I think the fried chicken at the Lancaster Shrimp Boat is pretty good. It’s about average. I’ve had better and I’ve had worse. The fried chicken at the Cherry Road Shrimp Boat is a whole lot more than average and I’ve very rarely had better. It is incredibly juicy and the skin is just perfectly crispy and lightly salty. This chicken surely ranks up there with some of the very best in the southeast. I was expecting it to be good, but not astonishingly so. What a pleasant surprise!

Rock Hill’s Shrimp Boat shouldn’t be celebrated in the context of specialist trivia about old restaurant chain survivors; anybody who loves fried chicken should put this place on their map, the same as barbecue lovers have ten or twelve or a couple of hundred restaurants on their barbecue bucket lists, because this place is fabulous. And speaking of barbecue, that’s a nice segue into tomorrow’s chapter, now that I think about it.

I’ve now been to all seven surviving, and independently-owned, Shrimp Boat or Shrimp Boats stores, and genuinely enjoyed them all, but I do think that I saved the best for last. I’m really pleased that my interest in the old buildings led me to some of the best fried chicken I’ve ever had. That worked out well, didn’t it, readers?

Don’t just read the blog! Follow us on Facebook, where you can get more information about our favorite places! Give us a like, hover over that LIKED button and check “Get Notifications” and please share and tell your friends to try us!

6 thoughts on “The Twin Shrimp Boats of Rock Hill, SC”