Longtime readers may recall that once every three or four months, I’m overcome by an insatiable craving for basic Americanized El-This-Los-That Tex-Mex. I’ve mostly given up trying to find someplace new to get this grub, because even though I like the idea of finding some ostensibly new content for the blog, it’s just about impossible to find anything new to say about it. There are, of course, only so many ways to describe the same food from the same supply company doled out to allegedly different restaurants. So the last couple of times I got the craving, I just quietly went someplace by myself and left the camera at home.

But this time, ah, well, this time I wanted the camera. Back in October, the day after I finished writing the first draft of our history about the long-defunct Shrimp Boats chain, I realized with a start that the Monterrey on Buford Highway was in an old, albeit radically reconfigured, Shrimp Boats building. I thought about it and decided that the next time that this insufferable craving came over me, I would swing by and take some pictures. 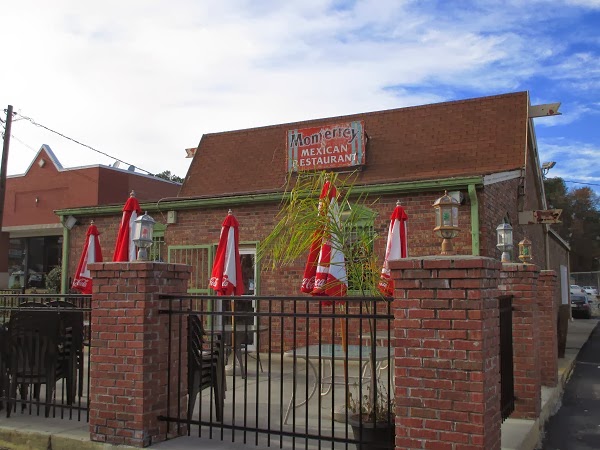 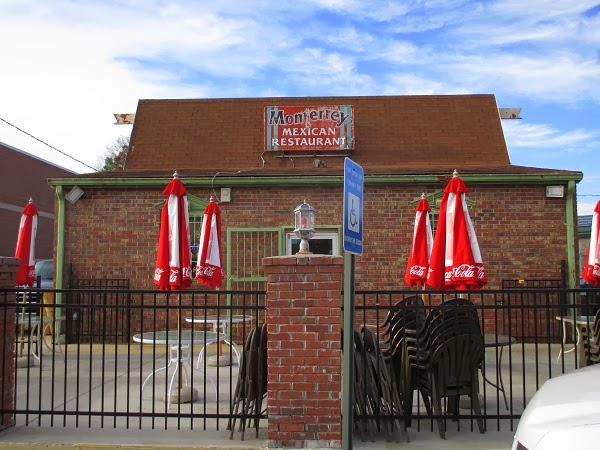 Actually, it’s a really good thing that I noticed this building when I did. About a week and a half after that post went up, you see, we all had lunch at the old Oogleblook that’s home to 1968 at Café 101. We ate and then I took several photos of that excellent building. At one point, I climbed the small hill on the left side of the restaurant. From that vantage point, the very top of Monterrey’s frame, with the horizontal yard apparent, is just visible and unmistakable. Now, when I first realized what this building was, I am afraid that I committed something of a foul-mouthed double-take in the car, but at that point, at least the actual post was two-and-a-half weeks in the future and I had plenty of time to amend it. Friends, if I had found this place, on a road I’ve driven as often as Buford Highway, a week and a half after that chapter went up, they’d have stuck me in the Doraville jail overnight for violating a noise ordinance.

Anyway, so I had my lunch special with craving-satisfying chips-n-salsa and asked the manager a little about Monterrey. See, for all that it’s overlooked, Monterrey is really a trendsetter. Raul Leon opened the very first Monterrey here in 1977. I’m not certain when the Shrimp Boats that had been here closed. That chain sunk in 1974-75, and it’s possible something else occupied this building between the two, or perhaps it held on, independent, for a few years like some of its fellows.

I had read, many years back, that it was Mr. Leon who developed the recipes for what we now identify as Americanized Tex-Mex, carefully adapting traditional Mexican recipes for something more palatable to Americans in the southeast who were not familiar with things like enchiladas, chile rellenos, or burritos. As the restaurant exploded in popularity, Mr. Leon started opening new locations for members of his family to run, and he was almost immediately swamped by dozens of imitators. Jalisco opened in Peachtree Battle in 1978, and the first El Toro opened the following year. All of the other El Aztecas and La Fiestas and every other El-This-Los-That joint came in Monterrey’s footprints. If you’ve ever eaten anyplace that advertises a “Speedy Gonzalez” lunch special, and you most certainly have, that place is copying Leon’s menu. Monterrey is so ubiquitous, in fact, that I was very surprised to learn just how large of a chain this is. There are currently more than seventy locations in six states. 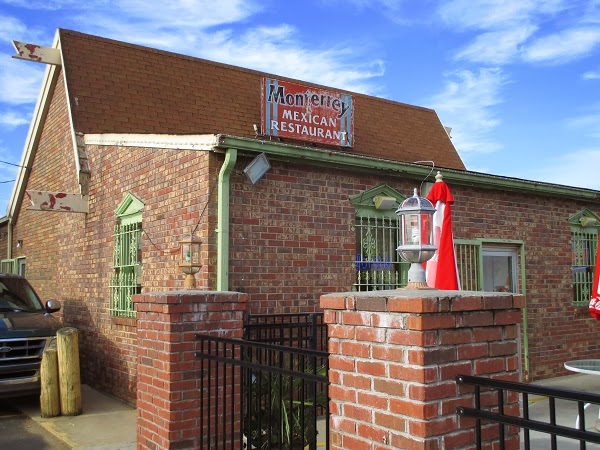 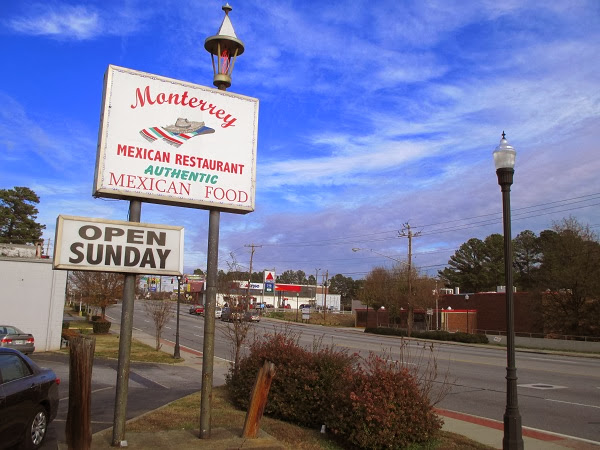 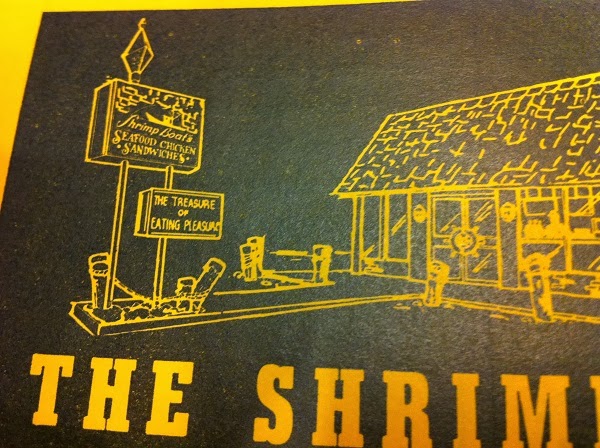 Most of these old Shrimp Boats buildings, of course, are not in the finest repair. This one was expanded, with a larger front jutting out, and an enclosed patio, but the paint on the old wooden sign, and on the yard arms, is faded and peeling. The old pier posts are still there, and closer to the street, what we can see from the advertisement detail printed above is the original sidewalk sign is still standing, also surrounded in the ground by pier posts. My sense of history is pleased to see so much of this maintained, and that a style of food that, for better or for worse, millions of Americans know so well all started here on Buford Highway, inside a building that was once home to my favorite lost restaurant chain. How could you not find this neat?