A couple of years back, I wrote a long and rambling chapter about Patrick’s Sub Shop, marking the first occasion in our blog to celebrate the great lost chain, Shrimp Boats. At the time, I did not know very much about this old location on Collier, but as I began digging into the background of some of the other stores, I found myself wanting to take a few more pictures of the building. One day, of course, the bulldozers will come. They always do. 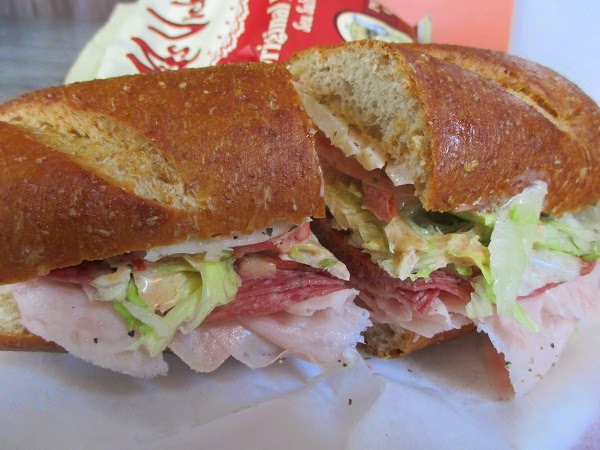 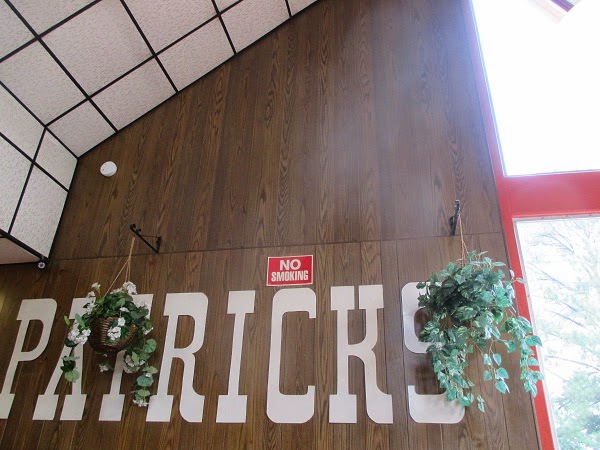 I absolutely love this interior wall. That’s some mighty ’70s lettering there. Anyway, the Italian subs here are pretty good. They’re honestly not quite as good as Baldinos or Dave’s Cosmic Subs, but preferable to any of the largest chains. I succumbed to the temptation of a giant dollar cookie that was just ridiculously tasty and chewy and has me seriously contemplating a second. That was one of the better dollars that I’ve spent. 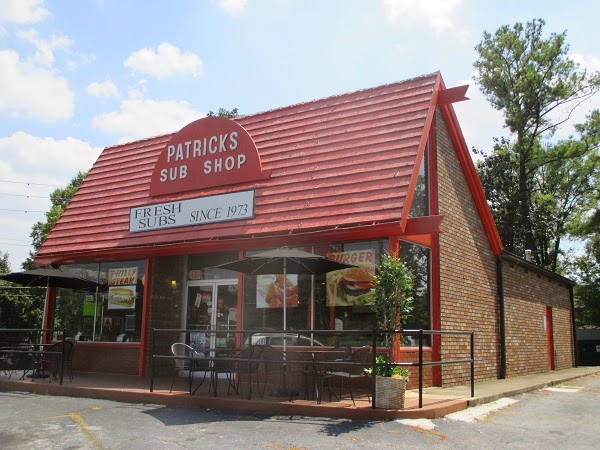 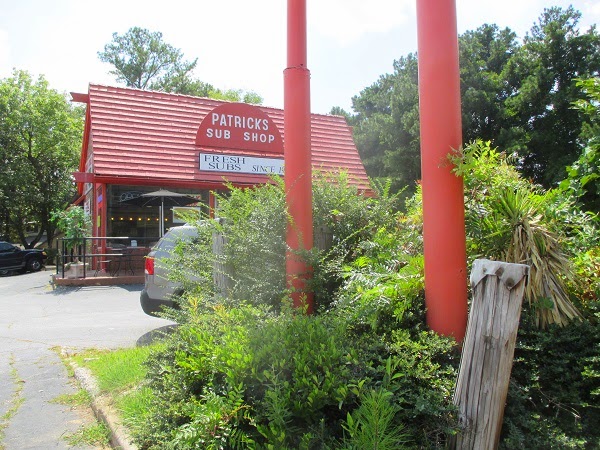 Anyway, I’m glad that I stopped by in 2012 and took a couple of pictures, because, if you popped back to that original chapter, you saw that at the time, Patrick’s still had the original pier posts in the patio from when it was a Shrimp Boats from 1969-73. As you see above, they have since removed those, added some more patio seating, and covered the corners / stumps / holes with potted plants. The two-pole sign at the street still has some elements of the original, including the clutch of other pier material.

I had already decided to make my way back to Patrick’s when I got a very nice comment from a reader, Joanne Russell. She wrote: “Patrick’s Subs was started by my father Jack J White in 1973. He named the restaurant after my half brother Patrick white. He moved to Atlanta for a short while with his second wife (and) new son to be near my sisters and I. He only owned the restaurant for a few years.” So Patrick’s has had at least three owners over the years, and a pretty steady lunch business. 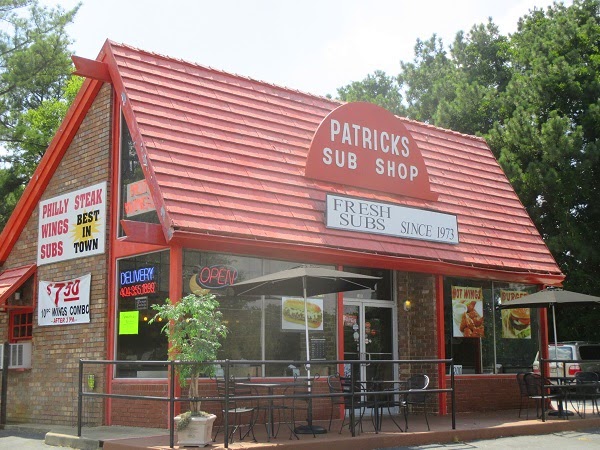 The former Shrimp Boats buildings have housed everything from car lots to gold buyers to vet clinics. Not too many have been home to restaurants for forty consecutive years. Patrick’s and the Monterrey on Buford Highway might be the only ones. I hope that it’s still serving good Italian subs and cookies for forty more.