Our son fell asleep, finally, on the road back from Johnson City as we returned to I-40. He snoozed and Marie and I braced ourselves for Knoxville’s Friday 5:00 traffic, which never came. We lucked out, I suppose, and our route, which brought us into town from the east and around the top of the I-640 half-a-loop to I-75, is outside whatever the local rush hour crushes. So we checked into our hotel without trouble, and carried him, sleeping, up to our room, where we kicked back for about an hour while he finished his nap.

The hotel was about three miles from our dinner destination. Litton’s is a Knoxville legend, one which has been drawing crowds since Eldridge Litton opened it in 1946 as a little grocery store in the Fountain City neighborhood. In 1962, they started selling burgers on the side, but the main business remained a grocer’s, bakery, and meat market until the 1980s, when Barry and Kelly Litton, the grandchildren of Eldridge, decided to focus on cooking and the place completed its long evolution into a full-service restaurant.

Elements of its past still remain, most obviously in the cases of cakes and pies that tempted the lobby full of guests when we arrived. We had about a half-hour wait, and the toddler told us that he wanted “some pink cake.” Since we were on vacation, we let him have a slice of the strawberry cake as his supper. 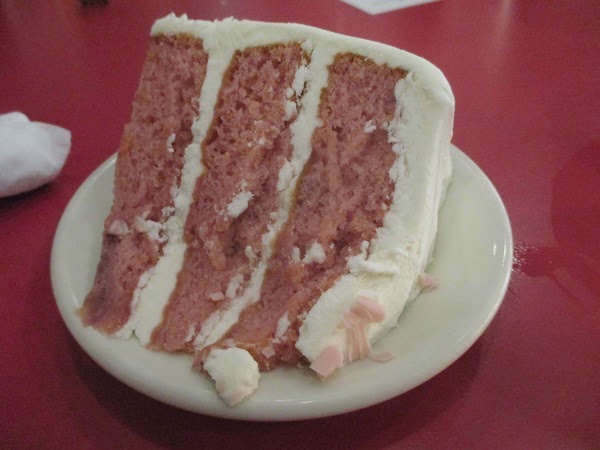 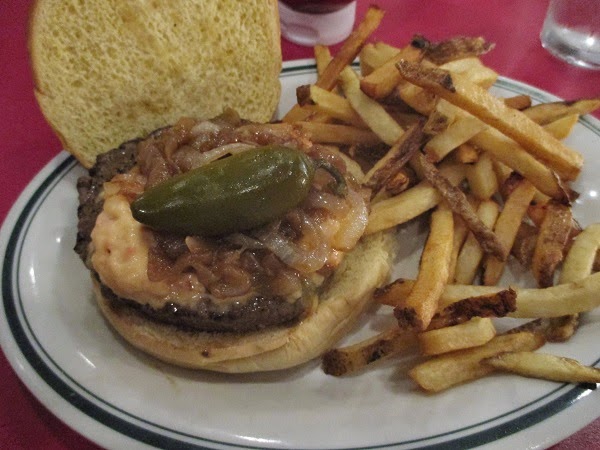 Litton’s is best known for their burgers, but I’m sorry to say that neither Marie nor I were particularly impressed with ours. They were okay, but if we had to do it again, we’d ask for them medium rare. These were well-done, and very, very well-done at that. The service was exemplary, the fries were great, and while I appreciated the work that went into my Thunder Road – the house specialty, made with pimento cheese and grilled onions – it just would have been a much better burger were it not so done. I looked at the long line of black and white photos of former Volunteer football stars, and figured that when those fellows were eating here, they probably enjoyed meals good enough to turn this old place into the legend that it is. But either we came on a bad night or the restaurant is feeling its age; as gorgeous as the building is, and as awesome as the staff is, the food was far from legendary. 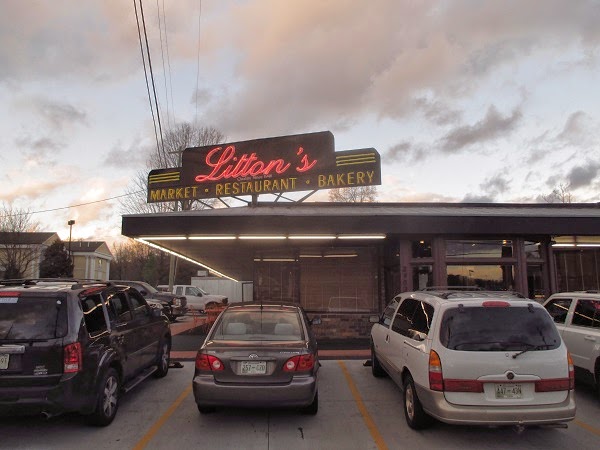 There are a number of reasons why we don’t travel to Knoxville as often as we did in the mid-2000s, but one of those reasons is that Book Eddy closed in 2009. If you missed this used book store, you missed something amazing. It was the absolute best shop, ever. It was like somebody upended the contents of thirteen libraries that closed in the mid-70s into one sprawling labyrinth of shelves, and then curated, very carefully, what new things they purchased. There would be three times the Knoxville content on this blog if that beautiful old place was still around; I’ve honestly never been anywhere like it, although Jackson Street Books in Athens is cut from the same cloth, just much, much smaller.

Still, even without Book Eddy around, we are certain to find ourselves shopping at the local McKay on a trip like this. Amazingly, we didn’t find much of anything we wanted. The toddler cleaned up on kids’ books, but nothing struck my fancy. One plus that McKay had all over Book Eddy, though, was its proximity to a delightful little patch of locally-owned restaurants and very small chains. I say “had” because one of them, a great little Guthrie’s clone called Sawyer’s, closed a few years ago. But there’s still a Mr. Gatti’s and a Petro’s Chili and Chips, and you can still get a late-night Big Orange for dessert at Denton’s. 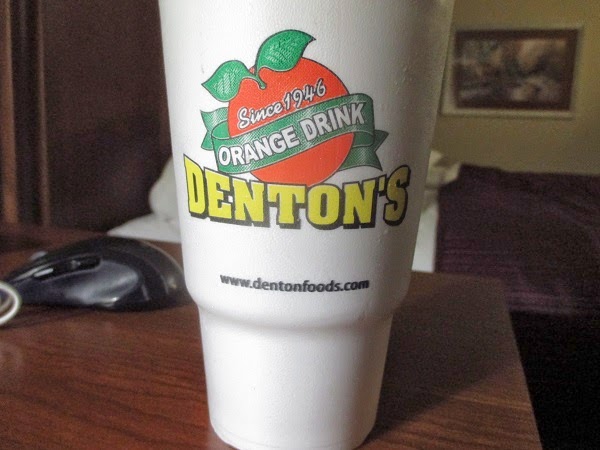 Denton’s is a very curious local restaurant. Like Litton’s, it opened in 1946, but as a little Orange Julius stand. It went independent in the early 1950s when “Doc” Denton’s father had his first corn dog at the Tennessee State Fair. He decided to turn his stand into a home for carny food, with corn dogs, funnel cakes, fried Twinkies, chocolate-dipped bananas, and freshly-squeezed lemonade for sale. The stand has had several different homes over the years, including a few mall food courts, and when I first discovered it around 1999, it was occupying a former Checker’s double drive-through restaurant.

Denton’s roared to huge success almost immediately in its new home, allowing the family to start a second “concept,” their own clone of Guthrie’s called Wishbones, in 2003. With the market now saturated in places to get chicken fingers, Sawyer’s was the one to stumble. The Dentons bought the struggling Sawyer’s in 2009 and kept it open until the lease ran out at the end of 2010. Denton’s then moved into the former Sawyer’s building, giving themselves indoor seating for the first time. It is staffed on Friday evenings by a mob of high school kids, and guests are bound to be waiting in a long line of them at the drive-through.

Their signature Big Orange is still quite a bit like an Orange Julius, and I wouldn’t swear that you could tell the two apart in a taste test, but I never seem to go by an Orange Julius these days and I was glad of the treat. Unlike that ghastly motel in Winston-Salem that I used in March, our comparatively luxurious room in Knoxville actually had a fridge, and it was nice to have the portion of my drink that I did not finish chilled and ready for me to sip first thing in the morning.