In March, a reader named Pam gave me a terrific idea. I had been mentioning how Marie seems to act like crêpes are nature’s perfect food or something, and she asked whether Marie had ever been to Le Café Crêpe near the Marietta Square. And me needing to figure out someplace nice to take her for our proper anniversary dinner and everything. (And yes, for those of you who have been following along the last few weeks, Marie did seem to get an abundance of anniversary meals, didn’t she? Funny how that worked out.)

Le Café Crêpe opened in 1986, in a hidden little room around the corner from everything. Walking away from the square to the railroad tracks on Mill Street, you’ll pass Traveling Fare on the right, and then Milo’s, and it looks like Thaicoon and Sushi is the end of that stretch of shops. But if you walk around Thaicoon and Sushi on the little brick walkway alongside the train tracks, you’ll come to a tiny little bistro that Alfred Carraz opened and still runs, making quiches and gigantic stuffed crêpes. 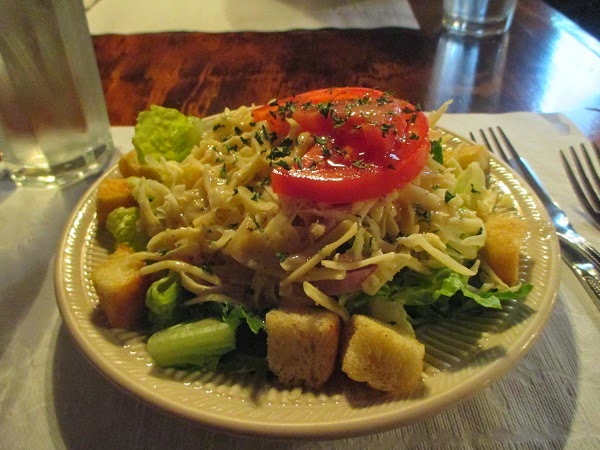 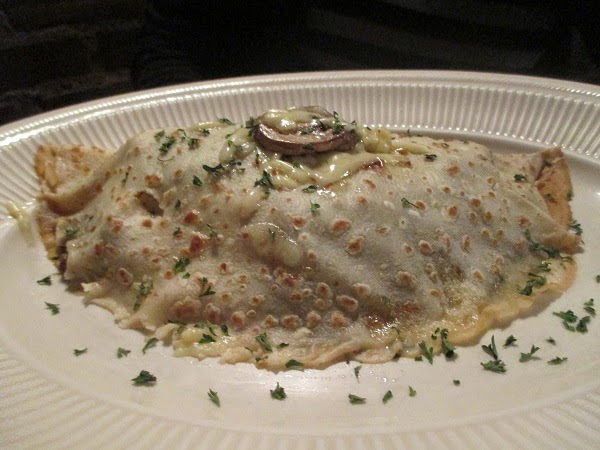 The crêpes here are so huge and stuffed with ingredients, in fact, that Marie had to curtail her plans to have a savory crêpe for dinner and a sweet crêpe for dessert. 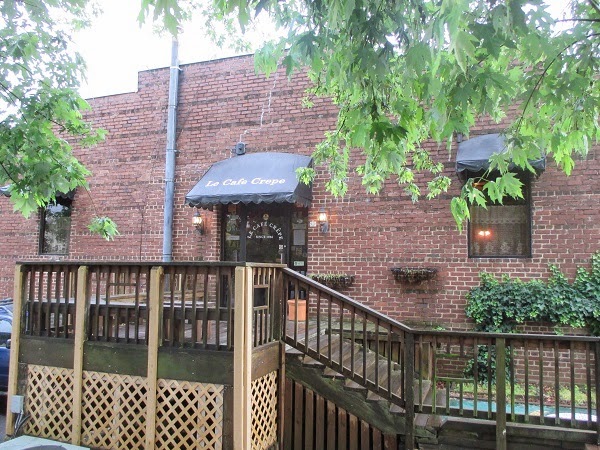 Marie ordered the crêpe au champignons et poulet, and I had a salad and a crêpe au jambon. We left completely full and very satisfied. No, we didn’t have room for one of the great big dessert crêpes. We didn’t even have room for a small ice cream at one of the many places to get one around the square.

We walked around and smiled really big, and reflected how we needed to try The Butcher The Baker one of these nights, and concluded that it really has been a terrific five years.