I’ve eaten at the Goldberg’s on West Paces a few times over the years, even knowing – as I learned in 2012 – that their potato salad could well be my undoing. This is one of six locations around Atlanta, plus at least three inside Hartsfield-Jackson International Airport, and until the other night, it had been the only one that I visited. Earlier this month, the Association of Food Bloggers arranged a media dinner at the small chain’s original location on Roswell Road, near Wieuca, which I had never visited before. In a really neat twist, it turns out that this strip mall has been the launching pad for two highly-regarded Atlanta-based chains. Both Goldberg’s, which opened in 1972, and Willy’s Mexicana Grill, which opened in the space next door, got their starts here.

Howard Aaron and Wayne Saxe bought the restaurant from the Goldberg family in 1992 and have steered it into one of the city’s most popular spots for bagels, breakfasts, and lunches. Apart from the praise of many New York transplants who say it is the most authentic deli in the city and the closest thing to what they most enjoyed from home, Goldberg’s frequently wins various media awards for Atlanta’s best deli or best bagels, and, after we sampled quite a lot of great things from their menu, we got to go backstage and see a fresh batch of bagels being made. 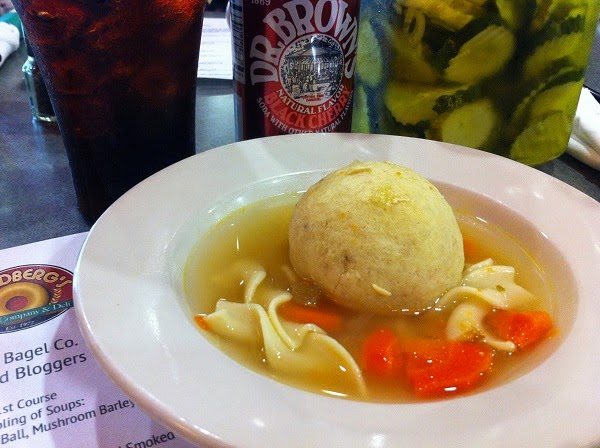 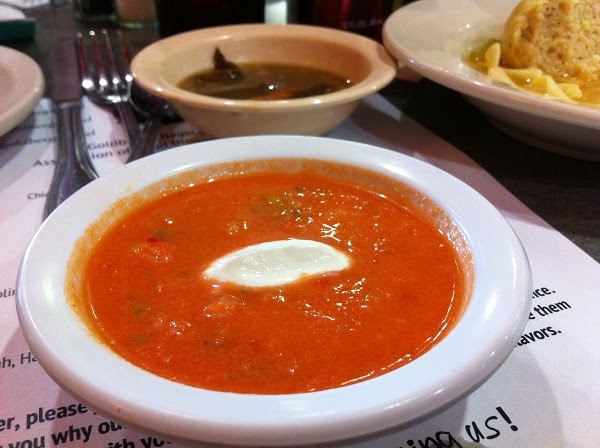 We’ve had the great pleasure of doing a good few media dinners over the years, but I don’t think anybody has ever overfed us quite the way that Goldberg’s did. We had a little bit of what felt like darn near everything! We started with bowls of their chicken noodle soup with a tasty matso ball, which is known far and wide for its healing properties whenever anybody’s down with a cold. A pretty good mushroom and barley soup followed, but they were both blown away by the amazing gazpacho, which isn’t yet on the menu of every location. Man alive, it should be. This is one of the best gazpacho soups in the city. Here are some of the other things that we sampled: 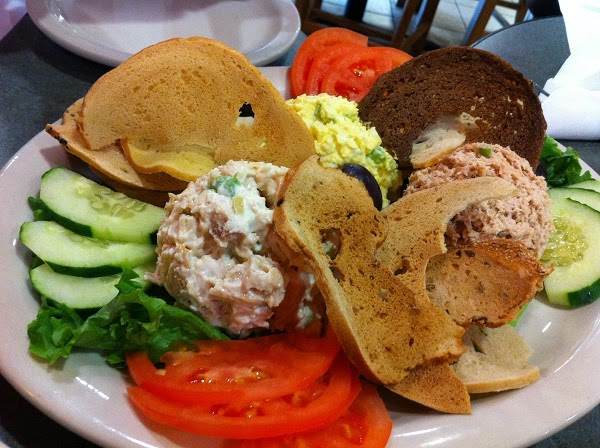 Chicken, egg, and tuna salads. The tuna was the consensus favorite on our end of the table. Some of that melted with a little Swiss cheese on a bagel would be amazing, I bet. 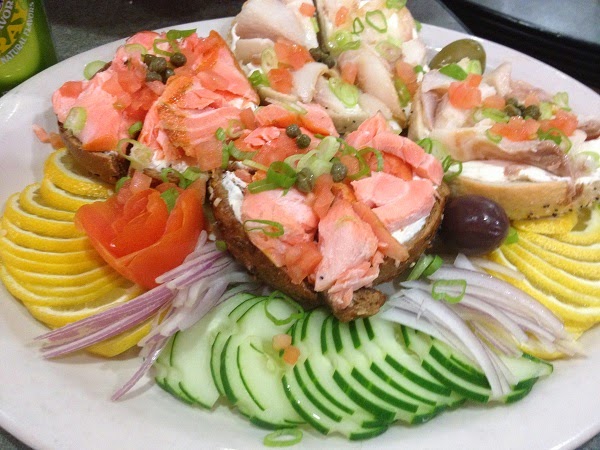 Salmon and whitefish bagels. All of these – sable and nova, too – were quite tasty. Not pictured: chopped liver. Roger from Friday Date Night punched the air when they brought those out. 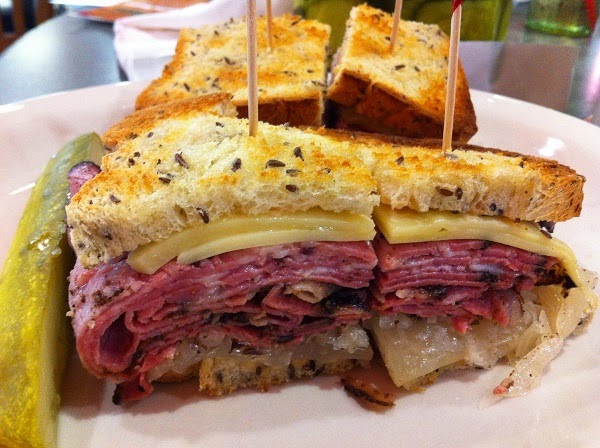 Pastrami Reuben. Now, this is the stuff. They also brought samples of the corned beef (“Brooklyn”) and turkey (“Georgia”) Reuben, which were also really good, but this was my favorite. Whether in a po-boy or on a Reuben, I think that Goldberg’s might smoke the best pastrami in the city. All of their meats and fish come from New York. 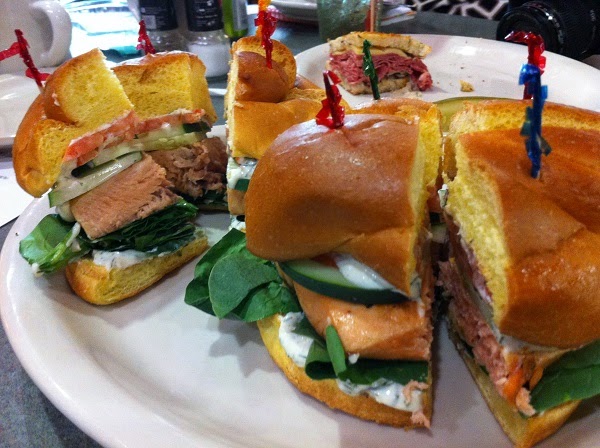 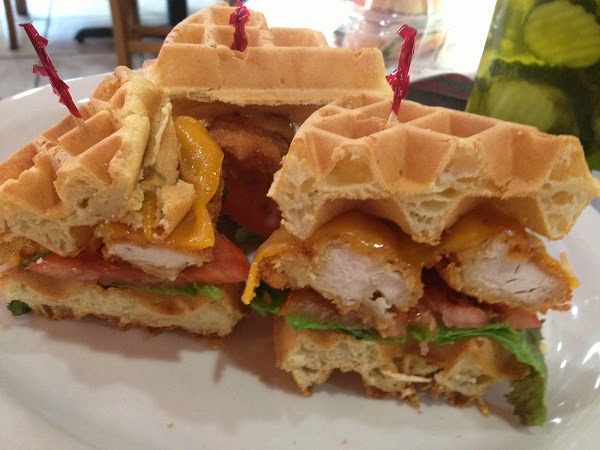 This summer, Goldberg’s is offering a limited-time menu of specialty burgers. Among these are the excellent salmon burger and the chicken and waffle burger, which was an interesting experiment but not really anybody’s favorite in the wake of all the other good food on offer. 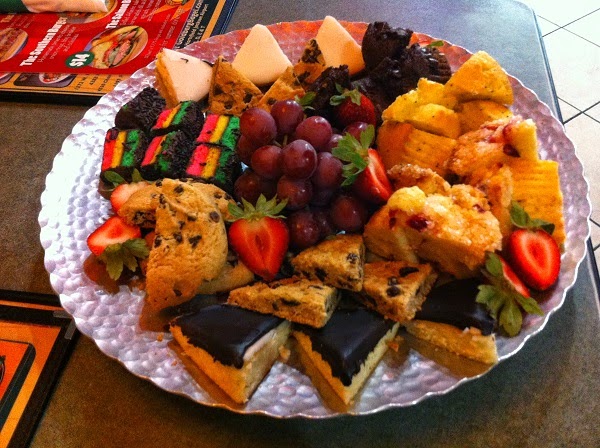 Dessert trays are loaded down with all sorts of great things, including fruits, pastries, chocolate chip and black and white cookies.

We then got a really fun field trip behind the scenes in the Goldberg’s commissary. Most of the baking for all the Goldberg’s locations begins in this cavernous space, where, apart from a gigantic machine that turns the dough into bagels, there’s an oven for the boiled bagels to slowly turn. Co-owner Howard Aaron got some help from Da Vinci, writer of the blog Your Life After 25: 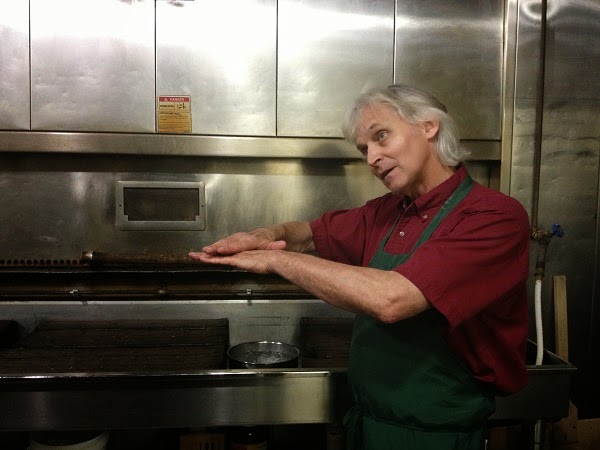 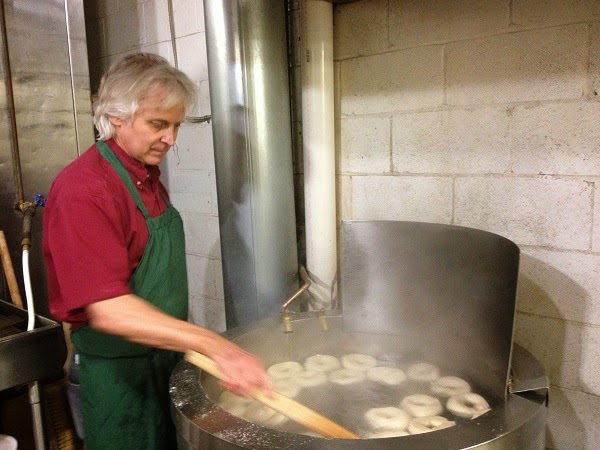 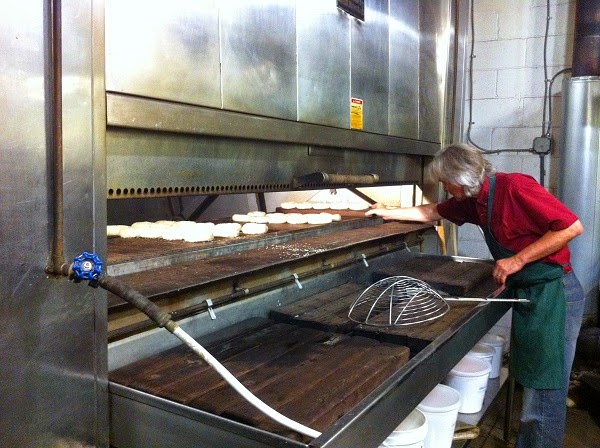 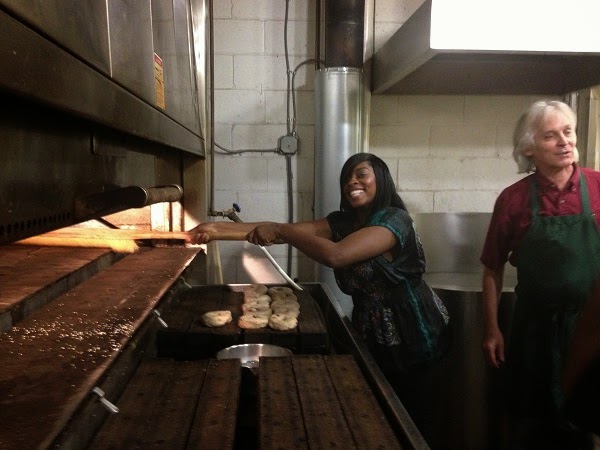 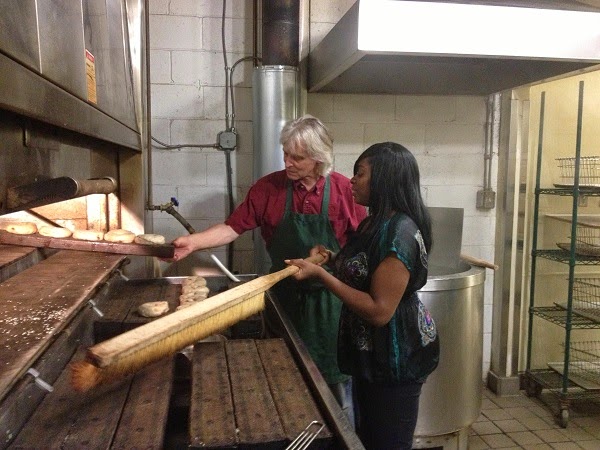 Goldberg’s is going to be opening a new location in Alpharetta in three months. The owners will be joining several other small Atlanta-based restaurants like Bocado, Marlow’s Tavern, Antico, and Bantam & Biddy in the Avalon mixed-use development that will open over Halloween weekend. I’m sure that everybody in north Fulton will be glad of the chance to finally get a really good bagel.

Other blog posts about Goldberg’s:

One thought on “Goldberg’s Bagel Company and Deli, Atlanta GA”