I had originally described Otter’s Chicken, a quite good little place in The Avenues at West Cobb shopping complex, as a Guthrie’s clone, but that’s not strictly accurate. It’s a little more like a Zaxby’s, which would make this a second-generation Guthrie’s clone. Ah, the genetics of restaurants, it’s a very strange field of study.

My family took me to lunch here for Father’s Day. I was in an uncommonly grouchy mood that morning because I realized that my first five choices for someplace to go that day were all restaurants that were closed on Sundays. So I decided we’d try someplace new, and we stumbled upon a very curious story that certainly appeals to my interest in restaurant history. But first, a note about the food, which is the most important thing. Otter’s specializes in freshly-prepared chicken tenders, served in wraps or sandwiches or tossed in one of their seven sauces. I had my basket of tenders – dads ate for free on Father’s Day – tossed in hot sauce. The freshly-cut fries were also very good. The servers were a little unfocused, as teenagers can be, but the kitchen was on point. We were all very pleased with our meals. The chicken was very flavorful and the sauce was just as perfectly spicy as I like it. 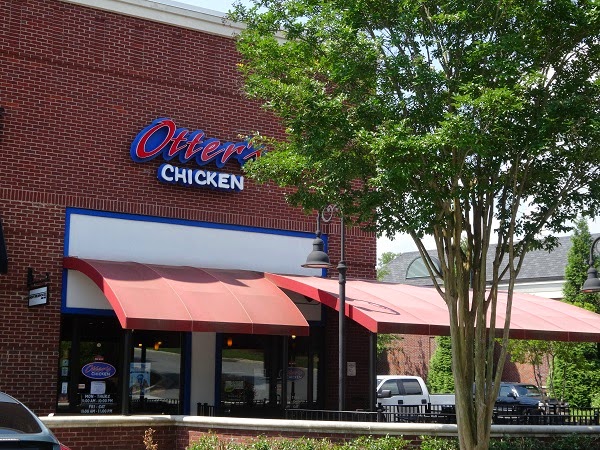 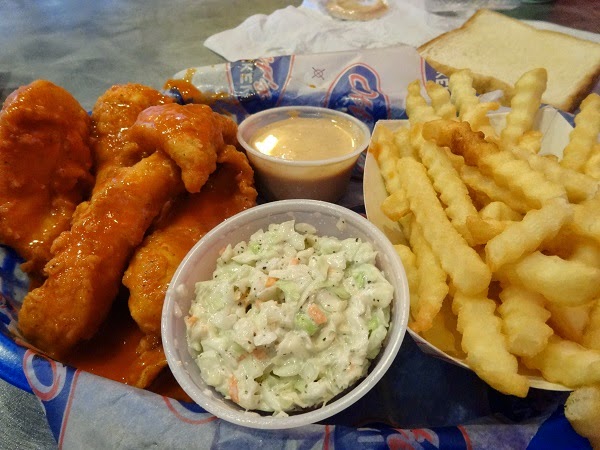 The first Otter’s was opened in Nashville in 2003, and the chain very slowly grew over the next decade. I don’t believe that there were any more than seven locations in Tennessee, Louisiana and Georgia. This store was opened by Will Peterson, a local boy who graduated from nearby McEachern High the same year that the chain opened its first restaurant. After attending Shorter College, he bought into the Otter’s franchise system in 2010 and opened this location. Over the next three years, this store grew in strength – it is evidently a complete madhouse on football Fridays for McEachern, Hillgrove, Kennesaw Mountain, and Harrison High – while the chain began to stumble.

Now, typically, what we see when we have a strong independent store and a disintegrating chain is that the store is left to its own devices. That didn’t happen here. In 2013, Peterson bought the chain out. He closed the last remaining store in the Music City – I believe that the two Louisiana stores shuttered in late 2010 – and plans to slowly expand in Georgia with a number of corporate-owned restaurants.

Peterson’s next moves will be interesting. Zaxby’s was really good, once, and then they got gigantic and all their food started tasting like chemicals because the owners couldn’t maintain the quality and decided that a speedy drive-through line was more important than cooking good food to order. Guthrie’s doesn’t seem to have any kind of long-term game plan, their stores are run so haphazardly. Whether Otter’s stays in this one place or opens new locations, I hope that the quality does not suffer. What they have here in West Cobb is really good.