Now, if you’ve enjoyed our reporting from Buford Highway – and we think that it is pretty good – then you’re certain to enjoy Spatialdrift, if you’re not reading it already. Far from our here-and-there sampling, they’ve been working on a slow and steady march north from Pancho’s, visiting every independent or small chain along the way, and last month, we joined them for their ninety-ninth Buford Highway restaurant, Don Quixote. I can see why people think that Decatur is the epicenter of Atlanta dining, because that’s where many of the interesting and promising new restaurants open, but with more than a hundred restaurants, most of them incredibly interesting and a handful downright amazing on a single street? There’s no comparing the two, honestly.

We did not know anything about Don Quixote before we arrived. It’s in the same strip mall as Hae Woon Dae, and what we believe is the last remaining porn cinema standing for more than two hundred miles, if you care about such things. You probably don’t, and neither do we, but it’s also one of perhaps three theaters left standing in Atlanta that showed the original Star Wars in 1977. There’s this place, and the Tara, and maybe the Plaza. Any others? Anyway, I note this because it helps build a sense of what this corridor was like in the 1970s, another vibrant suburban corridor like most every other one, with Star Wars playing here, and a Pizza Inn down the street where Baldinos is now. The Hardee’s that was built here in the 1970s at 5884 Buford Highway, kind of across the street, became one of the five locations of the dead chain Don Taco, and is today “Juua Fashion Jewelry and Accessory.” 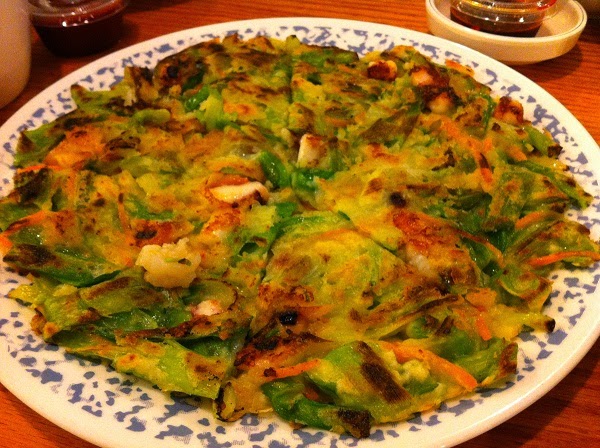 Don Taco, incidentally, lived and died just before food blogging became something Atlantans were interested in doing. The only blog mention of this chain that I can find, and it isn’t a positive one, came in this 2009 story from Eat Buford Highway, by which point four of the five stores in the chain had closed. More about this momentarily.

Anyway, we met up with Emily and Adam from Spatialdrift around 7:45, and based on the name and the signage, assumed, wrongly, that Don Quixote served a mix of Mexican and Korean food. No, it’s actually a no-frills family Korean place. Some of its specialties include seafood pancakes like the Haemjul Pajeon pictured above, and the fantastically good Bulgogi Dubbab and Yaki Mandu dumplings, shown below. 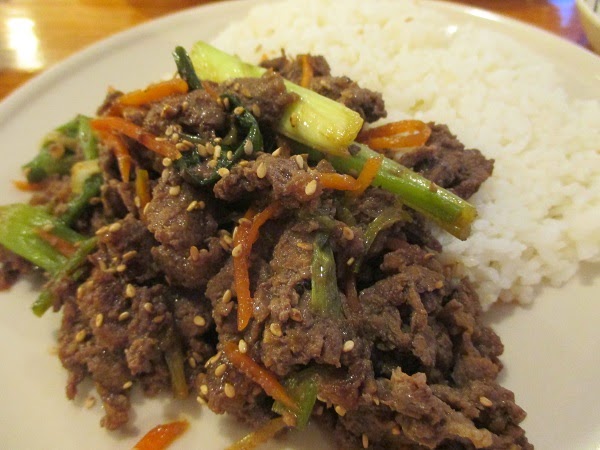 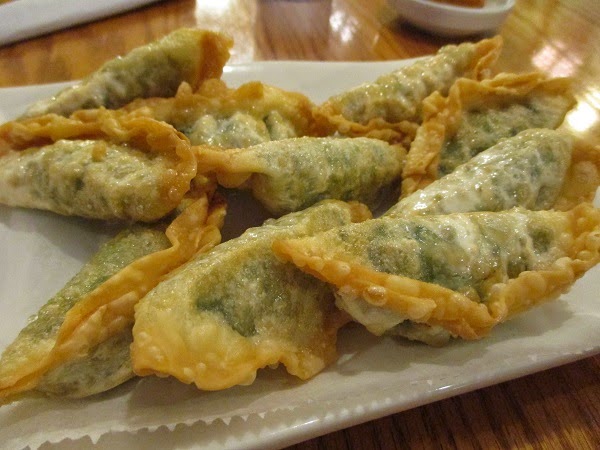 The bulgogi was completely wonderful, cooked to tender perfection and full of flavor. I don’t believe that I’ve had it better anywhere. And if the seafood pancake was not entirely to my liking, everything else that we shared, including a bowl of noodle soup (Dduck Ramyun), stir-fried squid and vegetables in a spicy sauce (O-jing-uh Bokkum), and a standard Bulgogi Bibimbap in a hot bowl, was really tasty. It’s always good to go to a restaurant where you’re not completely familiar with the flavors of the entrees with at least three other people, right? 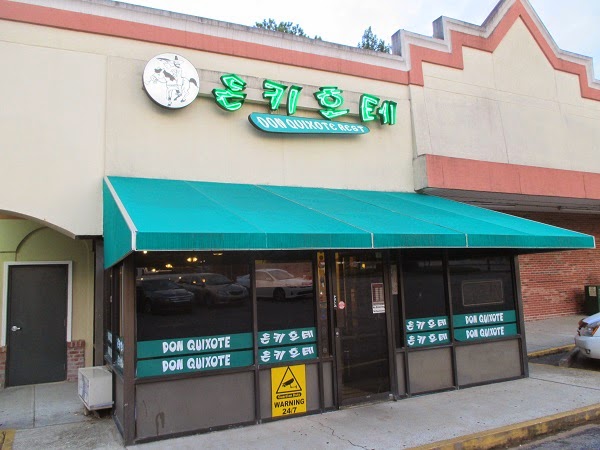 From what I can gather, this restaurant opened in 2007. There was, for a time, a second location in Duluth owned by the same family, but I believe it might be closed. It’s a good place for a nicely-sized and inexpensive dinner. We got all this food for about fifty bucks, total, and bulgogi this good is worth a lot more than we paid for it. (Here is Spatialdrift’s take on our meal, by the way.)

So I was telling you about that dead chain which used to have two stores on Buford Highway. Don Taco, which I always enjoyed at their food court location in Perimeter Mall in the early 2000s, had a Marietta location that was also in a former Hardee’s, on 41 just below the Big Chicken, and that’s now a check cashing place. I have no idea what order these opened, but the fourth location was further south on Buford Highway, at 4997 in Chamblee and apparently opened in 1996. That one was not originally a Hardee’s (no idea what it was), and a massage place is there now. The fifth and, I believe, final location was at 5254 Jimmy Carter Blvd in Norcross, where a Pollo Campero is today.

The chain was owned by Norbert Sanchez, a Georgia Tech graduate who has had much more success with his other, much bigger chain, Frontera Mex-Mex Grill. I believe that the Doraville store was the last one to close, in early 2010. It is a shame that they didn’t stick around long enough for Spatialdrift to pay them a visit!