A couple of months ago, Marie and I had the pleasure of meeting the founder of Tin Drum Asiacafe, Steven Chan, after admiring his work from afar for a few years. We got to talking about food in Atlanta, and the authenticity – or lack thereof – of Chinese cuisine in America (see my recent story about the book Chop Suey, USA for more on that subject), and he invited us to join him and his wife for dim sum at what he contends is the best and most authentic dim sum restaurant in the Atlanta area. Marie sadly wasn’t able to make it in the end owing to a work commitment, but Bella Vivere joined us at Great Wall Supermarket one Saturday last month.

Several very large national chains have pulled out of the Pleasant Hill Road corridor in Duluth over the last decade – not that it’s improved traffic any – and left huge spaces behind. Target is one of these, and you can’t miss it. Just look for the abandoned Rio Bravo right on the street, whose property is so overgrown with weeds and trees that it looks like a chunk of rain forest on the side of the road. Behind that is Great Wall, a supermarket with six locations in the United States that is geared toward shoppers from China, Vietnam, and other Asian nations. The owners have used the old Target space incredibly well. There’s a food court that runs the depth of the store on the left as guests enter, and the back wall is a very long meat market. Along with the fresh fish available, they also sell turtles for consumption here. I’ve never seen that before.

Running along the left wall, there are five restaurants: Yummy Garden, Ping’s Place, Humble House, Chatime (I believe that this is the only Atlanta location for this very large chain, headquartered in Taiwan), and our destination, Best BBQ, in the far corner. 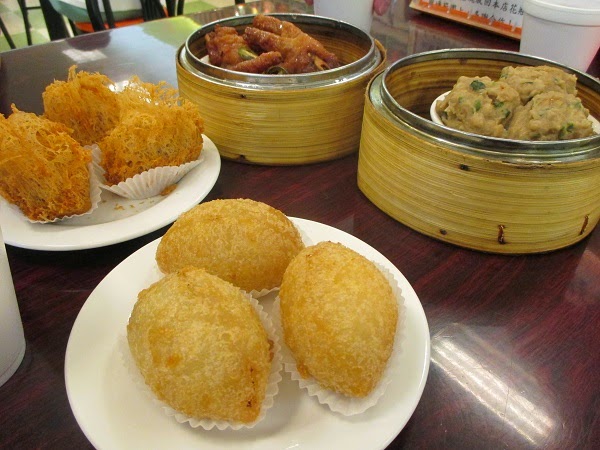 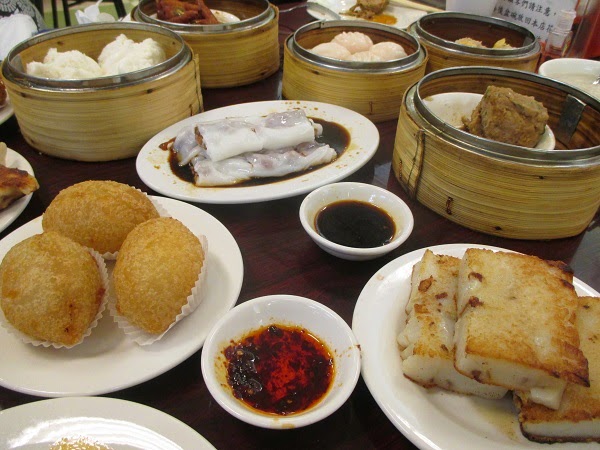 Steven and his wife Sylvia treated us to a really terrific, senses-stunning meal here. We got a lot of food for under forty bucks. Many of the treats were not familiar to me. I enjoyed the beef meatballs the best, with some Shiu Mai pork dumplings a close second. Some of the flavors were bewildering and charming at the same time. I was surprised that one of the dumplings had a sweet flavor, and Sylvia told us that one was traditionally prepared with a little tapioca. Well, hush my mouth.

Steven told us that in southern China, you’ll frequently see retirees spending all of a late morning and early afternoon at a dim sum restaurant, slowly eating one small plate at a time while taking hours to read a newspaper. I picture that scene as a little less frantic than what goes on at Great Wall, especially since, in China, the retirees will frequently bring their pet bird with them in a little wooden cage and hang it with many others from rods in the restaurant’s ceilings! There’s no space for birds at Great Wall, and no space for the omnipresent carts that the dim sum places we’re used to in Atlanta (like Canton House on Buford Highway) will roll food throughout the floor. Here, you order from a picture menu at the register and wait to hear your number called out. 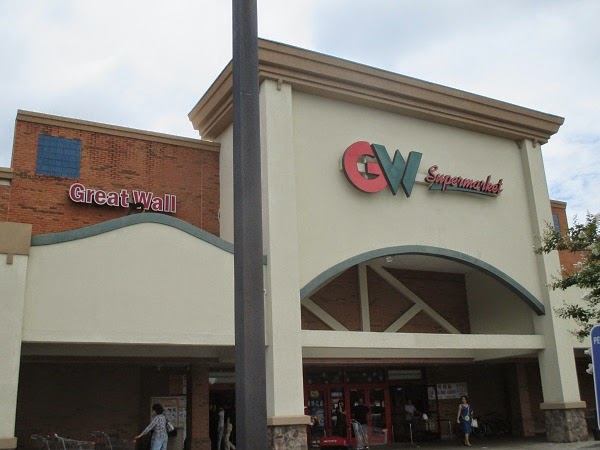 If you’re interested in giving the dim sum at Best BBQ a try, definitely plan to come for lunch, since all the food is prepared early and you will want to get it when it is fresh. Be prepared to wait for a table if you arrive after noon on the weekend, and be prepared to give up your table within seconds of your last nibble. The regulars are very polite, but they’re in a hurry, you know. Definitely plan to do some shopping in Great Wall, and don’t leave without a stop at Chatime for a sweet treat to go. Their banana milk tea is excellent.