Marie and I would love to learn more about all the interesting and curious – I’m not sold enough to say wonderful or even “good” – food choices available along Buford Highway, and so we’re going to make a more concerted effort to get out of the ‘burbs and over here for more authentic Mexican, Chinese or Korean meals more frequently. As it happens, Marie seems to appreciate most Asian-style cooking a little more than I do, so perhaps we’ll try to give these restaurants a shot when we can go together, and maybe I’ll focus on the taquerias and Latin American cuisine when I get out on my own.

So the first place that we visited with this new resolve is the very popular Canton House, which has a reputation for being one of the best places in the city to try dim sum. I seem to know my way around barbecue and hot dogs, but I had never tried dim sum before. It’s where you sit down and a small company of servers push carts around and offer various appetizer-sized dishes of heaven-only-knows. Most of the servers don’t seem to speak English very well, and so we passed on quite a few things because we were not completely certain what they were offering!

Most of what we did try was pretty good, and all of it unexpected and fun. I would never have tried that little sesame seed ball filled with red bean paste if somebody hadn’t offered it to me. Nothing was really outstanding – in fact, the fried shrimp would probably not have passed muster at a Captain D’s – but it was fun, and the servers were uniformly very friendly, even if some of them couldn’t help us out very much. 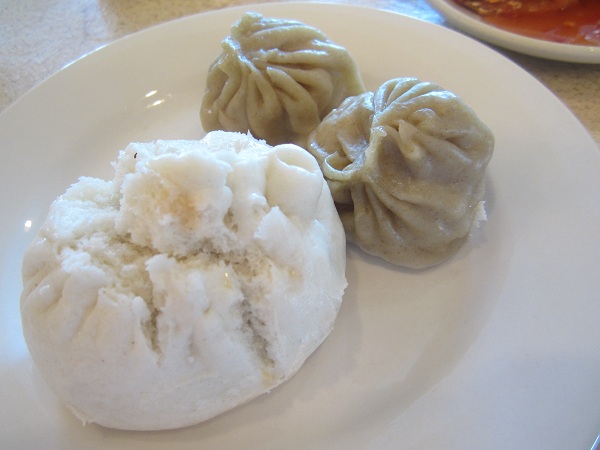 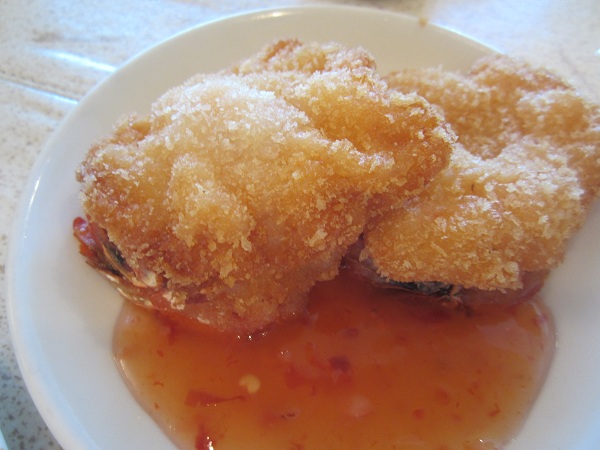 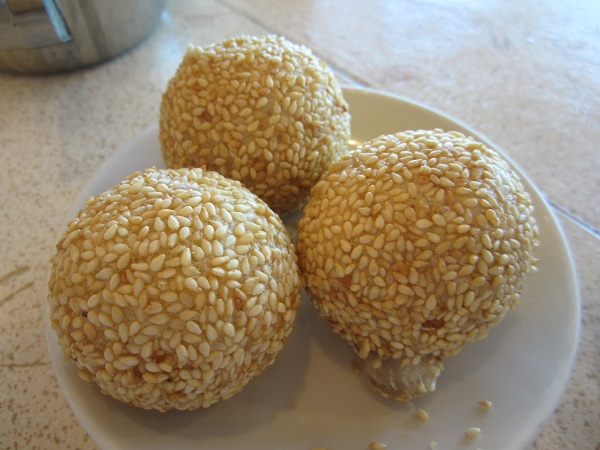 Canton House looks like a decaying old hotel ballroom, with peeling wallpaper, little barriers in the back, and quite beautiful chandeliers. I’m not certain when it opened – the late 1990s, maybe? – but it packs ’em in. We arrived about 11.20 on a Saturday and the place was almost full. I’d encourage anybody unfamiliar to jump right in like we did. You’re certain to find the servers ready to put food on your table. Having told the hostess that we’d have dim sum rather than the regular menu, we were shown our seats. Seeing that we had no menus, and were dim sum customers, we were offered food before we were actually in our chairs. 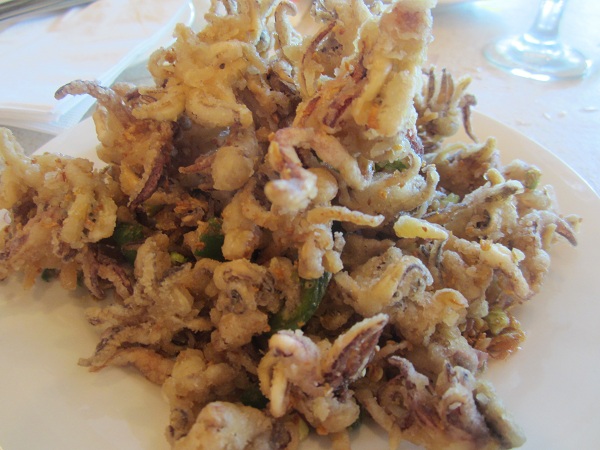 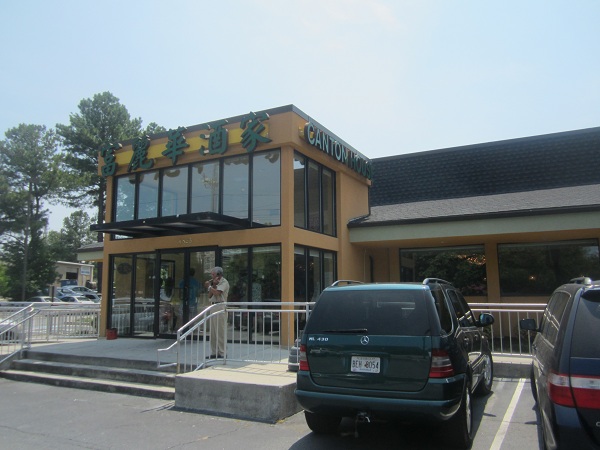 The one down side is that, even if you’re planning to eat lightly, it’s not really easy, or even possible for all I know, to know how much of a bill you’re piling as you go. It would appear that Marie and I ate quite reasonably, only about $16 for the pair of us, until we were offered a large plate of calamari. While this was really quite good, and my favorite thing that we tried, it also belonged to a separate price scale. The trick, if you’re watching the wallet, is to only take foods from the small plates that come around on the loaded carts. If somebody offers you a plate of something and that’s all they have, one plate, and they’re looking for a table where they may leave it, that’ll be closer to ten dollars than a buck seventy-five.

Other blog posts about Canton House: