Marie and I were invited to visit Marlow’s Tavern and sample their winter menu. This local chain continues to impress us with their slow and careful expansion, with the quality of their food, and with the very fresh rotations of their menu. It changes twice a year, but it doesn’t have a simple A- and B- menu. Each new rollout with summer- and winter-themed selections is a little different, with executive chef John Metz tweaking last year’s popular choices.

Also, Marlow’s uses as many local providers as possible, so the offerings at the twelve Atlanta stores are just a hair different from the two in Orlando. We can get behind that. That brings up what I called a “slow and careful” expansion. We’ve certainly heard of many chains with big plans and big talk, but Marlow’s only opens one or two stores a year, training their staff at length in an existing store rather than going for the boot camp approach. Over the life of this blog (getting close to five years old now!), Marlow’s has doubled in size from six Atlanta stores to twelve, and every visit to every location we’ve tried has been a pleasure. For pub food, there may not be better in town. 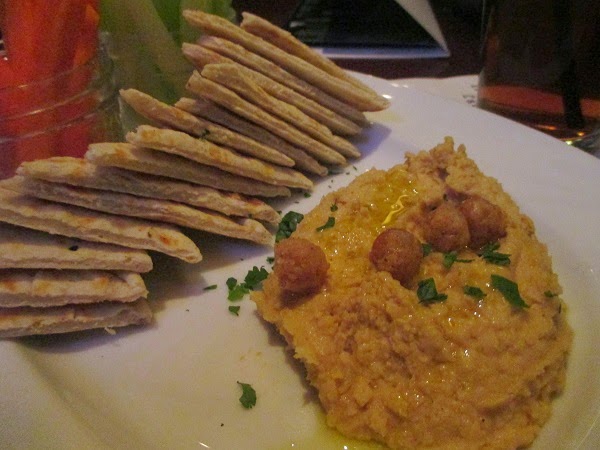 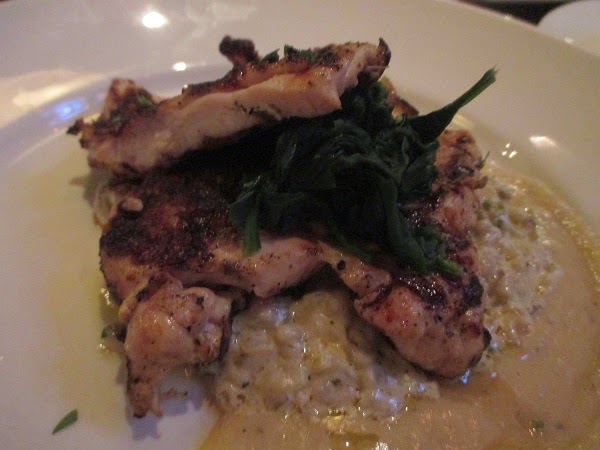 Two of the treats that we sampled are examples of favorites that have received a new tweak. The popular hummus appetizer has been given an extra sprinkle of paprika, and the Crispy Chicken Stack has been given a very fun refresh. It’s made with grilled Prestige Farms chicken, snap peas, organic Shiitake mushroom, and grape tomatoes over orzo, fresh herbs and a caramelized dijon onion jus. Both were very good, although Marie, madly, doesn’t like hummus as much as I do. This was really tasty and creamy. 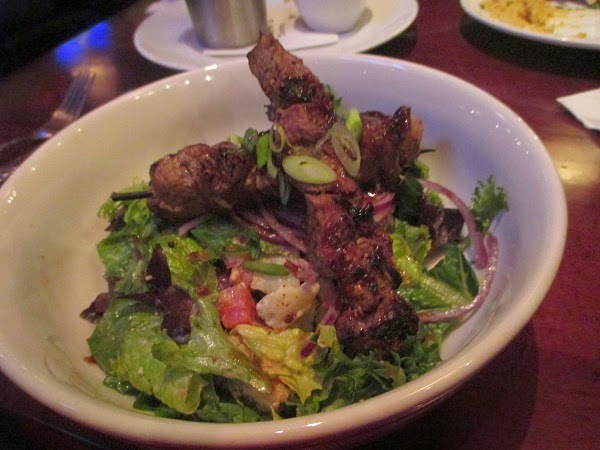 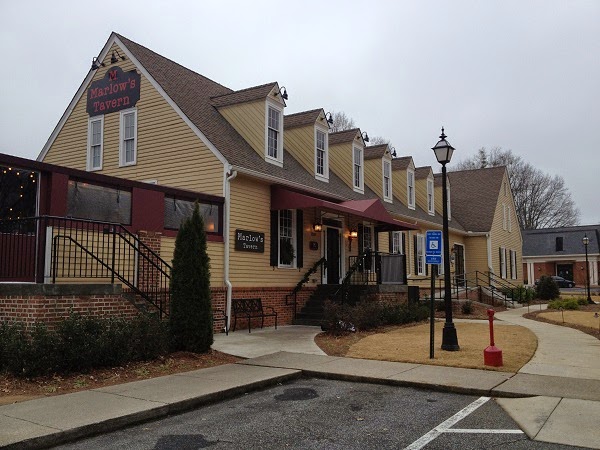 The BBQ Blazed Lamb salad was really terrific. I enjoyed the heck out of this. It came with two skewers of lamb from Colorado Grove Farms, a very mild chipotle sauce, field greens, Roma tomatoes, bacon, and slivered red onions. Everything was very delicious. We also shared an order of the restaurant’s very popular asparagus fries and considered that a perfectly satisfying meal. We were satisfied enough to pass on the creme brulee; we’ve enjoyed this at the Kennesaw store and know that it’s a great little dessert, but we missed the kids and there was a mob in the doorway waiting for a table, so we chose to depart. I’ve been to four of the twelve Atlanta locations and never had a bad experience or a server who couldn’t answer every question about the menu or the company that I’ve thrown their way.

We spoke with the manager of the store for a few minutes about how Marlow’s manages its menu offerings and trains a staff who know the menu inside and out, which is so impressive. I mentioned how the parking situation at their sister Kennesaw store has recently become a little challenging. More on that in the next chapter…

Other blog posts about Marlow’s Tavern: