A couple of months ago, I mentioned to my optician that Marie and I have this fun li’l blog and he had an emphatic recommendation for me. He said that you could get a killer hamburger at this little place in a strip mall on Whitlock. I had a devil of a time finding the place because of the cutesy respelling of “wings” and “wheels.” See, there’s a food truck in Los Angeles that beat them to the name, so they respelled it for their own trademark. Once I got that figured out, I saw that they were just a few doors down from Chicken and the Egg.

Once we found their brick and mortar store – Wingz on Wheelz did at least begin as an Atlanta food truck, but not one we’ve ever seen – Marie and I took the three year-old for lunch one Sunday. He saw Mexican Fanta Orange in the cooler and looked set to throw a tantrum if we did not let him try that. Explosion averted, we sat down with our food and confirmed that these hamburgers are really above average for the area. We enjoyed the messy, tasty things a lot. 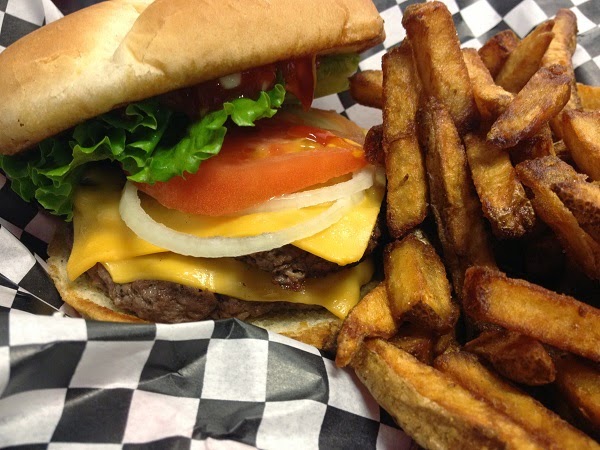 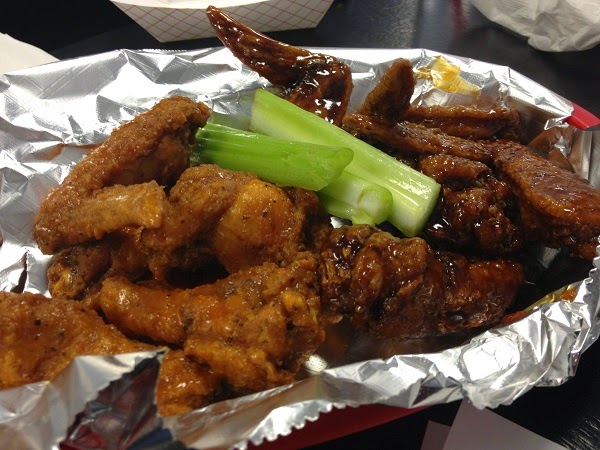 But if we’re honest about things, it’s also true that an above average hamburger can be found at lots of places. It’s these wings that will have guests raving. These are fantastic. They’re huge, meaty full wings, similar in flavor and size to what we used to get at Steverino’s in Athens in the early nineties. Ten of ’em cost $7.99 here and it’s money very well spent. The cashier let us split flavors, and so we had five hot lemon pepper, and five – I love this name – “chipotle citrus BBQ.” We did have to wait a little while for the wings, but man, it was worth it. 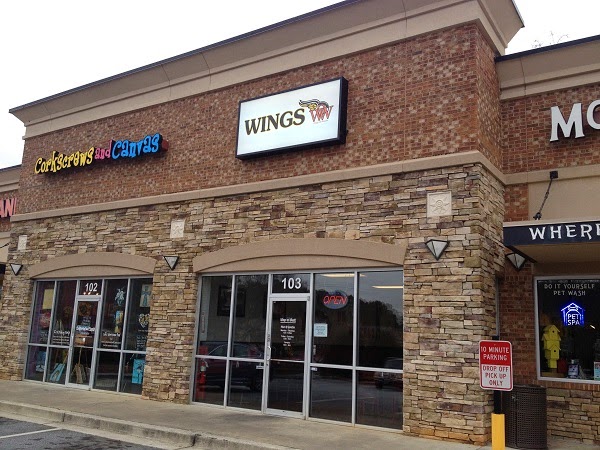 Marie was especially pleased that the wings were not very salty, a complaint that we’ve had about a lot of places that we’ve tried without much satisfaction lately. This may be a simple, no-frills place to get some lunch, but it shouldn’t be overlooked. It’s much better than any place that we’ve gone for wings in quite some time.

Curiously, about three weeks later, Marie and I had dinner at Dave’s Cosmic Subs, and the crispy bread of the served-hot sandwiches that we tried on that trip also really reminded us of Steverino’s in the nineties. Then we went over to Adam and Emily’s place to play Illuminati and I really did feel like I was back in college. Anyway, the wings – sorry, “wingz” – in Marietta and the subs at Emory are both so much like Steverino’s that I’ve been thinking a lot about that restaurant. I heard some time back that some Athenians from back in the day bought the rights and reopened Steverino’s over in Duluth, but I also heard, sadly, “it’s just not the same.” I’m really tempted to take the risk.