A couple of weeks ago, I indulged and treated myself to two lunches out at places new to me. One has recently opened and one has been around for a few years. I picked Chicken and the Egg, a new restaurant in a huge space in a strip mall on Whitlock, based on several glowing reports. Amy on Food has been there twice and has been quite complimentary. It’s a farm-to-table place where the owners and chefs are striving for sustainability and a sensible approach to fresh eating.

Last week, I wrote up our visit to Angie’s Subs in Jacksonville Beach and compared its tacky, cluttered, wonderful look to the no-frills, austere design of many modern American restaurants. Chicken and the Egg is exactly what I was talking about. The interior is so boring and uniform that it actively bothered me. The one exception was a design choice that was tacky in its own unpleasant way. Some years ago, my former boss, the since-urban-evacuated Melissa, who has joined me for a couple of chapters of good eating here, went to peruse the wares at downtown Atlanta’s AmericasMart. When she returned, I asked what it was that people actually sold there. She thought for a minute and said “You know those vases full of broken branches? They sell those there.” And now I know who buys them. 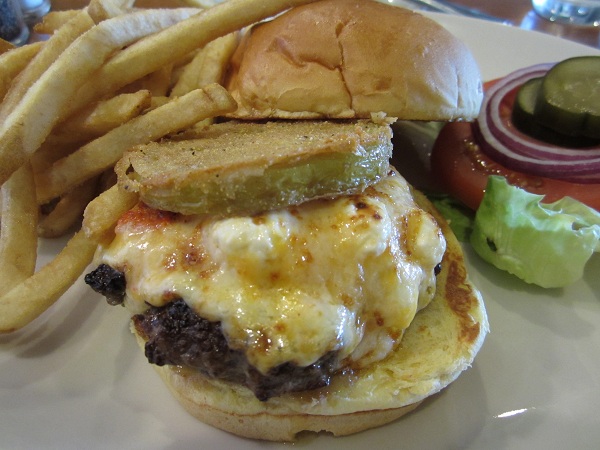 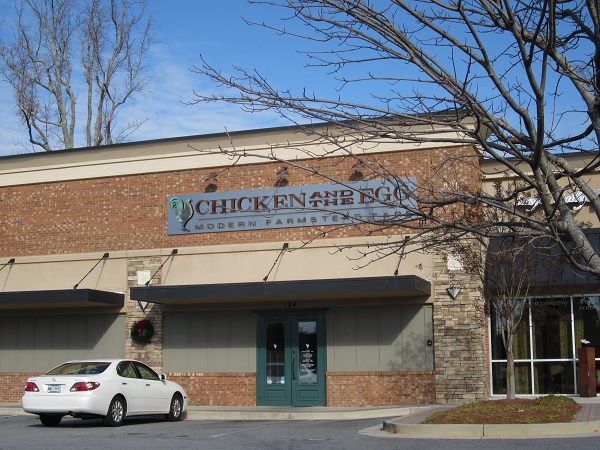 Well, while the creepy nothingness of the design got under my skin, the food, mercifully, was very good. I had a burger topped with delicious pimento cheese and a tasty fried green tomato and enjoyed it very much. The service was impeccable. I was the first to arrive and was surprised by both the size of the place and the number of servers, but the restaurant filled up quickly, and I found myself deciding against a dessert, which I didn’t need anyway, to free a table.

Chicken and the Egg is hoping to become a destination for businessmen and families in West Cobb by preparing meals that evoke great big events at Grandma’s table, but done with a devotion to sustainability and fresh food. To that end, my very good burger was not at all representative of what they are said to do best here; I certainly encourage the curious to visit, but if this were a proper review blog, I would not mention it at all until I had tried their meat-and-two blue plates, which is where they are really said to shine. Guests who are interested should be aware that the menu changes quite regularly. The copy online on the morning that I visited was already outdated, with several changes and, sadly, higher prices waiting for me when I arrived.

I tend not to report on the resumes and prior jobs held by the chefs of the restaurants that I enjoy, but I did get a smile noting that Chicken and the Egg’s executive chef, Joseph Ramaglia, is said to have started his career working as a chef at a restaurant called Blossom, in Charleston. I was briefly pleased and happy to read that, because I have been there and enjoyed it hugely, but then I realized that I’ve been to a place called Blossom in Charleston, West Virginia, and Ramaglia worked at a place called Blossom in Charleston, South Carolina. Never mind, then. 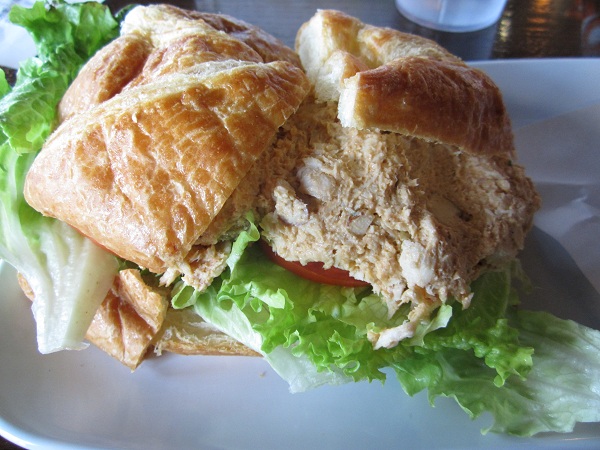 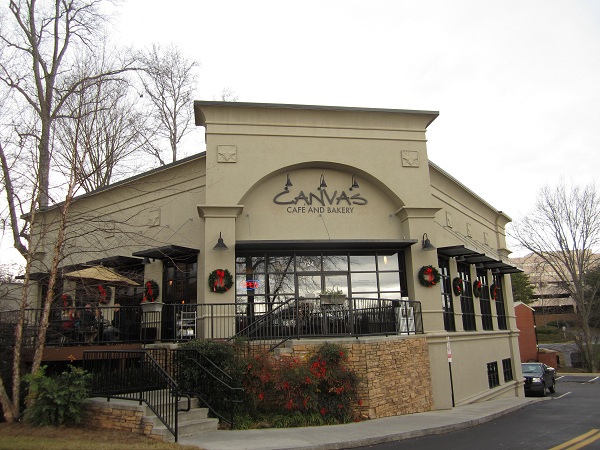 Many months ago, I got a kick out of reading a report by Tom Maicon at Food & Beer Atlanta about the Hell Burger at Canvas, a nice place in the shadow of Kennestone Hospital that I have driven past for years and years. I told myself that I just have to try one of those, but when I pulled into Canvas’s lot after failing to find parking on the square downtown to get some pizza for lunch, I was totally disinterested. I figured that the burgers here probably wouldn’t be as good as the burger that I enjoyed the day before at Chicken and the Egg, and I think that a Hell Burger is best enjoyed in the company of friends, anyway. It’s always amusing to have witnesses who can confirm how hotdamned stupid you looked trying to eat something so violently ridiculous.

I am surprised, however, that this has not received more attention. Canvas seems pretty far off everybody’s radar, but you’d think that, in a burger-happy town like ours, something as outre as this would get people outside the perimeter to sample it.

Canvas reminds me of Alon’s Bakery in the best possible way. Fresh breads and wonderfully eclectic sandwich combinations usually make for a good lunch, and this was a winner. I had the Thai red curry chicken salad, and it was very pleasant, mild with just a little kick. It’s made with almonds and raisins and served on a huge croissant with mixed greens, along with a bag of Zapp’s chips. It’s a little more expensive than I could justify for regular visits, but I’d like to return and try a few other sandwiches. Might round up some of the fellows and make a spectacle of myself with that silly burger one day, too.

Other blog posts about Chicken and the Egg:

2 thoughts on “Chicken and the Egg and Canvas, Marietta GA”