While Marie and the kids were out of town, I went to try a newly-opened pizza place in Kennesaw. It was awful.

Friday night, well, that was quite fractious. I had a pair of possible plans. One of them required for some long overdue money to appear in my mailbox. If it did, I was going to treat myself to another long drive and an overnight stay somewhere. Since it did not, I just made a day trip out of it on Saturday. Rather than planning anything, I decided to just settle in Friday night with a book and eat somewhere in Marietta whenever I got hungry. This proved, eventually, to be Dave Poe’s BBQ on Whitlock, where I had a really decent supper.

I thought about dessert before I went out, and resolved to have some treats at home for my daughter and Marie when they returned. I picked these up just a hair further west out Whitlock, at Gabriel’s Desserts. This is in the same strip mall as the popular Chicken and the Egg and it should certainly be better known. It is a wonderful place to go for all kinds of baked treats and sandwiches. They have a good reputation for breakfasts and lunches, but this dessert showcase is a work of art. 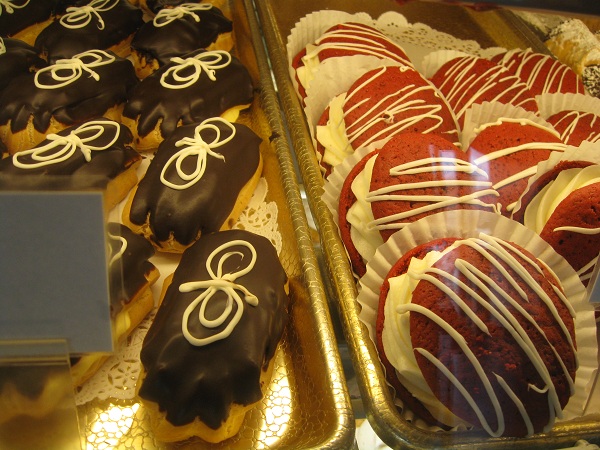 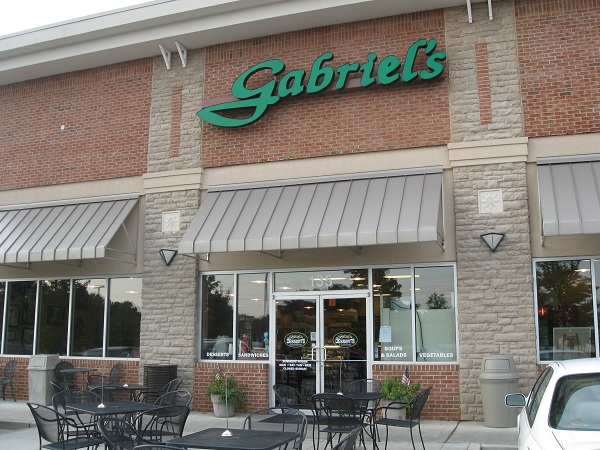 I had a lot of difficulty choosing what to bring home. The bakery case is full of terrific-looking brownies, cupcakes, tarts, lemon squares, and dipped strawberries. I settled on one éclair, one cannolo, and one whoopie pie. I told the gentleman behind the counter that I was picking up something for my wife, and when I left, he wished me good luck. I hadn’t even got into trouble yet!

The desserts kept well in the fridge and went over very well when they returned on Sunday. I let my daughter pick first and she had the whoopie pie and Marie picked the éclair. Bites were exchanged and everybody was very pleased with them. We’re all very glad to know that this place is so tasty and so close by.