Let’s start the new year off right by trying to bring some business to a place that’s having some slow Saturday nights.

Consider: if one of the very infrequent negative reviews that we post here can, in the eyes of a restaurant’s thin-skinned defenders, have a nasty impact on a restaurant’s success, then surely the inverse is true, and our praise should result in greater success for a restaurant. And, following that logic, a more widely-viewed blog than ours, when praising a restaurant, should bring even more diners out to spend money. Therefore, when one of my principal competitors on the Urbanspoon Atlanta leaderboard, Marilyn Wolf, gives a nice review to a place at her site, Atlanta Etc., we should expect to see it just buzzing on a Saturday night. Just a couple of weeks ago, she had a few nice things to say about Red Elephant, and I resolved to get over there just as soon as Marie could be persuaded to go out for Thai. This wouldn’t be long; Marie requires very little persuasion to be taken out for Thai.

Marilyn, incidentally, really did have just “a few” nice things to say; she is one of the most direct and succinct hobbyists in our area. I heartily recommend my readers give her a click and enjoy her blog, if for no other reason than to consider how much more effective food writing can be when a good communicator like she is types very little but says so much.

So Marie and the baby and I arrived at Red Elephant on a Saturday night and I was expecting a good crowd, but this place was dead. It is, clearly, a lunch place first and foremost. I have seen this restaurant many times before – it is in the same strip mall on Windy Hill as Barker’s Red Hots – and the shopping center’s parking lot is almost always packed during the lunch hours. Sadly, we had the place almost completely to ourselves. Only one other couple came in to eat the entire time we were there. 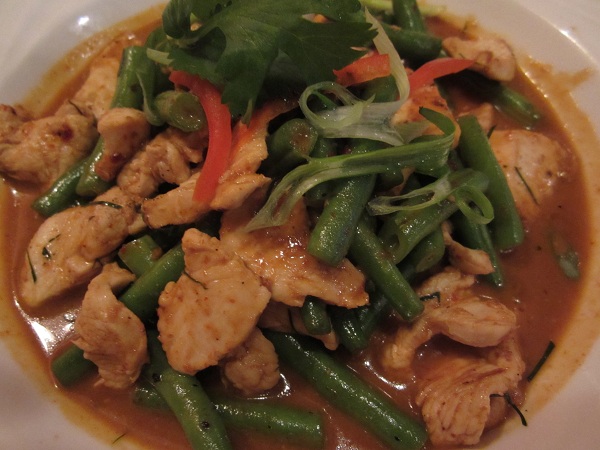 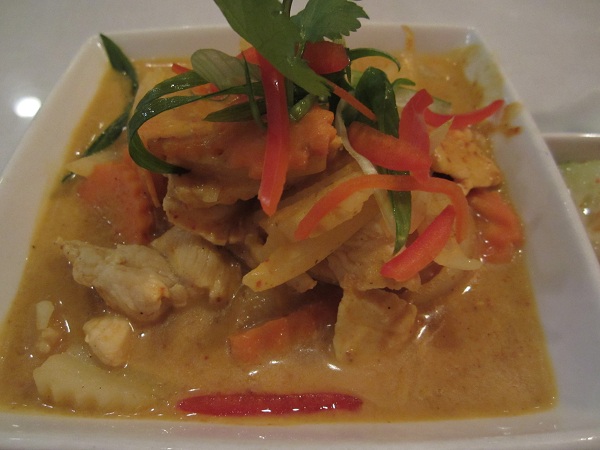 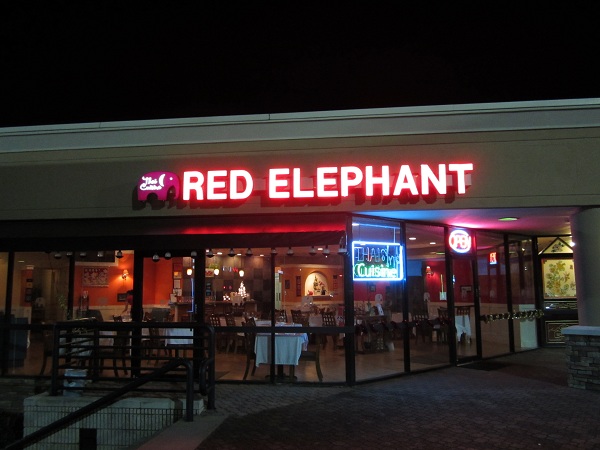 I certainly agree with Marilyn that the spices here are quite tame. Marie had been considering a chicken dish with red curry, but went with yellow in the end, and I found it rich but incredibly mild. Like most Thai places in town, guests are offered the choice of red, yellow, green or Massaman-styled dishes. I had the chicken Pad Prik – a favorite from the menu of the dearly missed Thai of Athens – and it was only just a little spicier than the yellow curry. The prices were reasonable and the food was comforting and quite decent. I would not agree that it’s worth a long drive, but people in the neighborhood are well served by it.

That said, now that both this blog and Marilyn’s have agreed that this restaurant is pretty good, I fully expect to see it full this Saturday night. Because our power is indeed that great.

For dessert, I wanted to try out a very peculiar little ice cream place over on Johnson Ferry in another familiar strip mall: the one on Johnson Ferry where Cafe de Paris is located. This is the only D’Lites in the Atlanta area at this time. This small chain has a few stores in Florida and is attempting to grow its little concept of low-fat, low-calorie soft serve ice cream. I hoped that they might have cakes or other treats, since Marie is still avoiding dairy, but no such luck. She told me to go ahead and enjoy a milkshake, though. 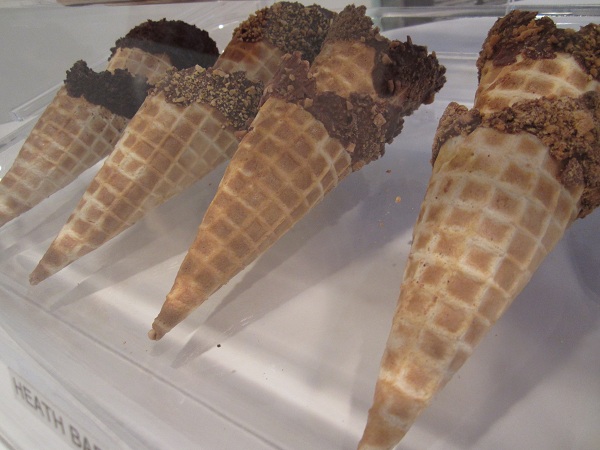 Their flavors are quite tasty, and the calorie content is so low – about 50 to 70 in most of their desserts – that guests won’t feel very guilty. They rotate six flavors available from a bank of more than thirty. If you are interested in a particular flavor, you’ll need to visit their web site’s menu page beforehand, or just leave it up to chance. I was pleased to see that peppermint was on their menu when we visited. Since I banished the Chick-fil-A corporation from my diet, I found myself missing their seasonal peppermint milkshake. Unfortunately, D’Lites’ peppermint was a good deal stronger than I was ready to enjoy in a shake – this is why sampling is always a good idea! – and it worked best mixed half-and-half with vanilla. (That said, soft serve shakes don’t keep well, even in the fridge. Order it, drink it, finish it. Lesson learned.)

This was probably the first time I’ve ever gone into an ice cream place for dessert and looked at pasta on the shelves. D’Lites, which also offers a small discount for Weight Watchers members, sells a few low-cal groceries, principally from some outfit called Fiber Best or something silly like that. No good macaroni and cheese has ever, anywhere, emerged from a box. I’ll treat this as simply a very peculiar case of interior design, and when I next visit D’Lites, to try the orange dreamsicle flavor in a milkshake, I might also be bringing home some prepackaged pints of their ice cream. The groceries, however, will remain on their shelf.