This is Marie, contributing an article about Rook & Pawn, the new board game café in Athens. First of all, I am an utterly biased observer. I love board games, have been a gaming geek for decades, and would have had a positive view of the place even if it had been a bit of a disappointment.

Spoiler – it’s not at all a disappointment. 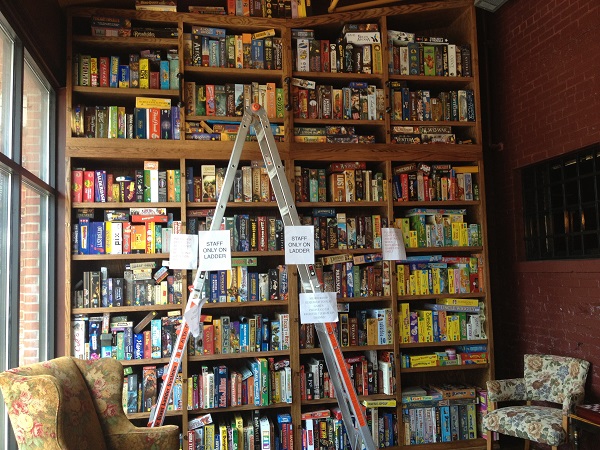 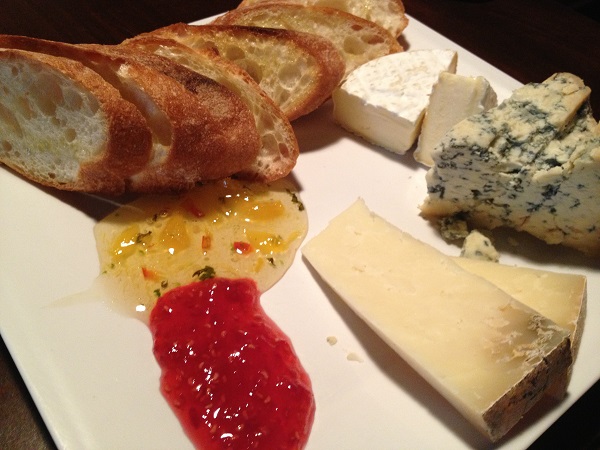 I met up with a friend, Scott, at lunch time. We paid our $5 fee for gaming, got our stamps that allowed us to leave and return if needed (there’s a different stamp each day) and selected a lunch from the menu. They will run a tab for you, and I recommend that option as that will take care of the tip. Considering that you will be there a while, and the snacks are quite tempting, having to drop a tip into the jar or calculate it on each transaction is a pain. And the staff are delightful, eager, and knowledgeable – well worth a generous tip.

Scott and I discussed our options and started out with a game of Hive, which has a really enjoyable feel. it’s one of the deceptively simple games that you are better at if you already know chess or something similar. We also played Pandemic (sadly forgetting to increase the outbreaks – we barely won as it was, so just as well), Unexploded Cow, and Alhambra. As we played, the tables filled up around us. 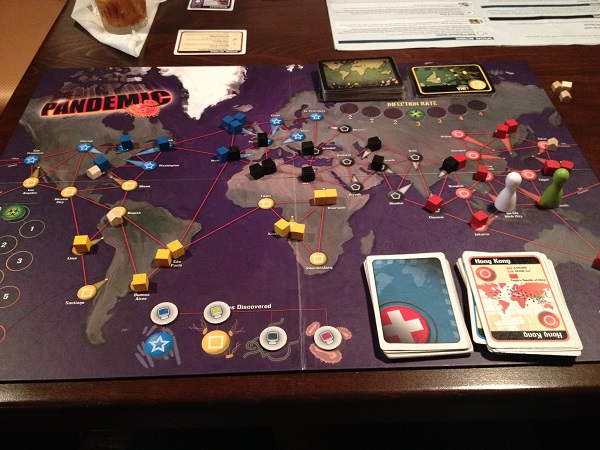 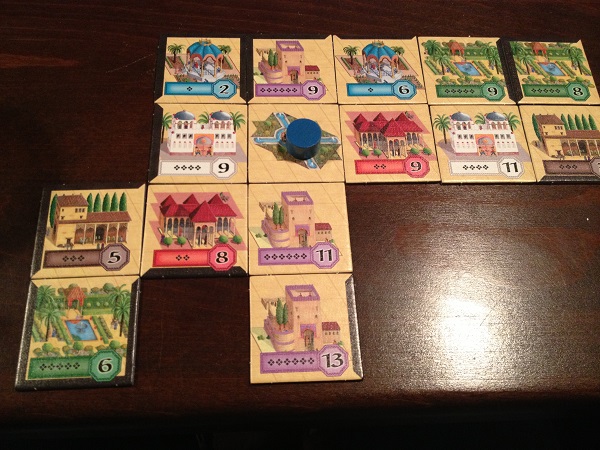 There is a sticker code on the boxes to make things more convenient. For instance, the games that are suitable for 2 players have a blue dot; there are a number of games that say 2-whatever players, and some won’t have the blue dot; this isn’t an oversight, but rather a judgment that while 2-player is possible, it’s less enjoyable.

My lunch was a cheese plate, with three different local cheeses (my favorite was the Camembert from Sweetgrass Dairy) that also had bread from a local bakery, Independent. The jams were mango-thyme-basil and raspberry-habanero, both lightly spicy, and a tasty complement to the cheese. I thoroughly enjoyed my lunch, especially since I was able to nibble while playing. Scott had a grilled cheese and bacon sandwich which he said was good, but he had to finish before we could play.

I also snacked on some of the cookies (from Dondero’s). They are huge, bigger than your hand, and served warm (take note, those of you who like chocolate chip-you will need an extra napkin). They offer candy bowls as one of the snack options, and though we didn’t take that a family with kids on the next table over did and it appeared to be stuff like Twizzlers and dippin’ stix – not my favorite but clearly a hit with those kids. (note – kids under 13 aren’t charged the $5 fee, and there are quite a few kid-friendly games for a wide range of ages) 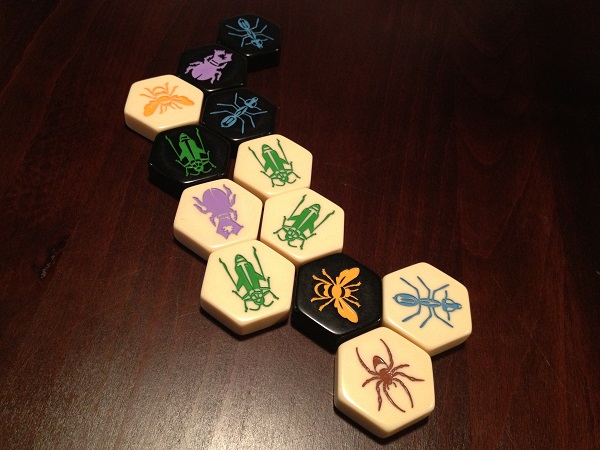 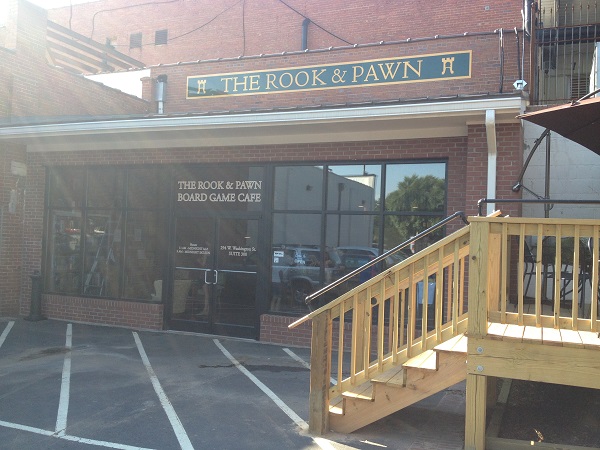 My original intent had been to order their tea for two tower, but since neither of the female friends I’d invited had been able to make it, I put that on hold and chose a smoothie to tide me over instead. I chose it as much because of the hilarious name as because I like smoothies anyway. The desserts will do nicely when the girlchild goes up soon for a UGA campus tour. She likes tea and treats. It’s a (barely needed) excuse to go back.

We were there for 6 hours, played numerous games, and it did not in any way seem to take that long. They’ve only been open a month or so, hardly long enough for the new to wear off yet – indeed, one of the games we tried had never been played before! There is a temporary ladder in front of the game shelves, so the photo shown at the top of this story is less pretty than it ought to be. Soon they will be getting their sliding library ladder which will be much more photogenic. Hopefully I will be able to snap a picture on that later visit.

The owners are a couple of board game enthusiasts who were fondly described to me by the staff as “huge board game nerds”. Apparently, they loved games so much their circle of friends just wasn’t big enough, and they wanted to open things up to more people, while also keeping their food local and delicious. It’s a comfortable environment, the food is really great, and if all you want is a bite to eat you can have it at the bar without paying the game fee – there are even a few free bar games like checkers.